Utah State avoids the bubble, punches ticket into the tournament 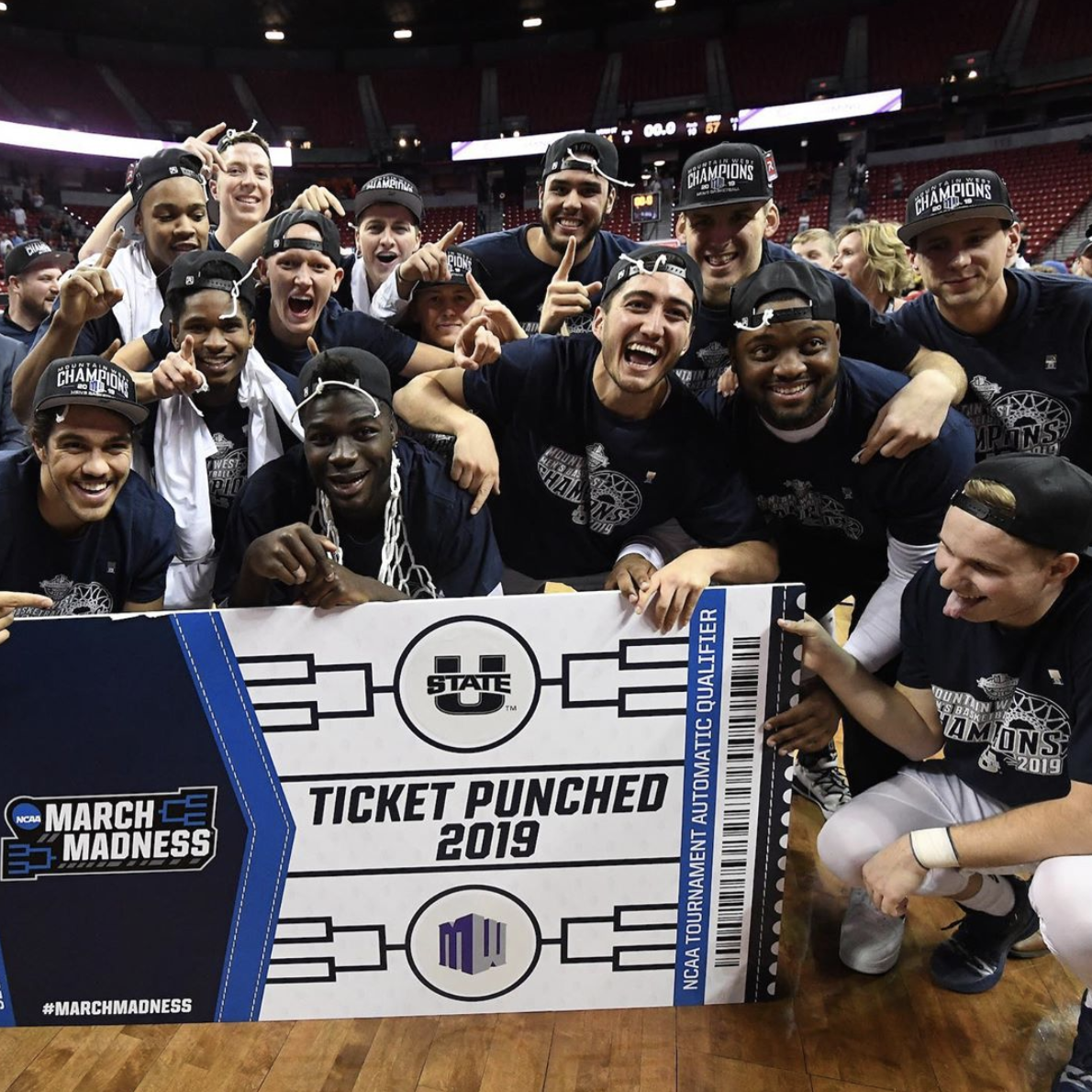 In this year’s Mountain West final, we saw two teams, Utah State and San Diego State face each other for a spot in the NCAA Tournament. Utah State was considered a bubble team going into this game, and SDSU needed to win to make the tournament this year. It was Utah State who came out victorious with a 64-57 win.

Both teams fought hard in the first half, going back and forth and trading buckets. Neither team seemed to be able to go on a run of any sort, and the biggest lead of the half was only 5 by Utah State. At half, the lead was only two by Utah State, thanks to 2 late free throws by Sam Merrill.

Utah State started the second half on fire, jumping out to a quick 13-0 run and taking a commanding 15 point lead. For basically the rest of the game, Utah State was able to hold a double digit lead over San Diego State, only allowing it to reach single digits with 4 minutes left in the game. A three pointer by Matt Mitchell of San Diego State cut the lead down to just 5 with 2:41 to go, but they were never able to go on a run of any sort, and Utah State pulled away in the free throw game late.

Besides Devin Watson, who scored 18 in the game, SDSU didn’t have another double digit scorer, and no one managed to get double digit rebounds or assists for them. Jalen Mcdaniels was held to just 8 points on 4-12 shooting and eventually fouled out.

Utah State had 2 scorers carry the load for them. Sam Merrill continued to do what he has done all season, score at will, finished with 24 points despite going 1-9 from three. Neemis Queta added 17 points and 8 rebounds in his 32 minutes of play.

Utah State was projected to be a 10 seed before the game, but may jump up to a nine seed after the win. Either way, this Utah State team knows how to win games and should be very fun to watch in the tournament.