Can Anyone Stop the Duke Blue Devils? 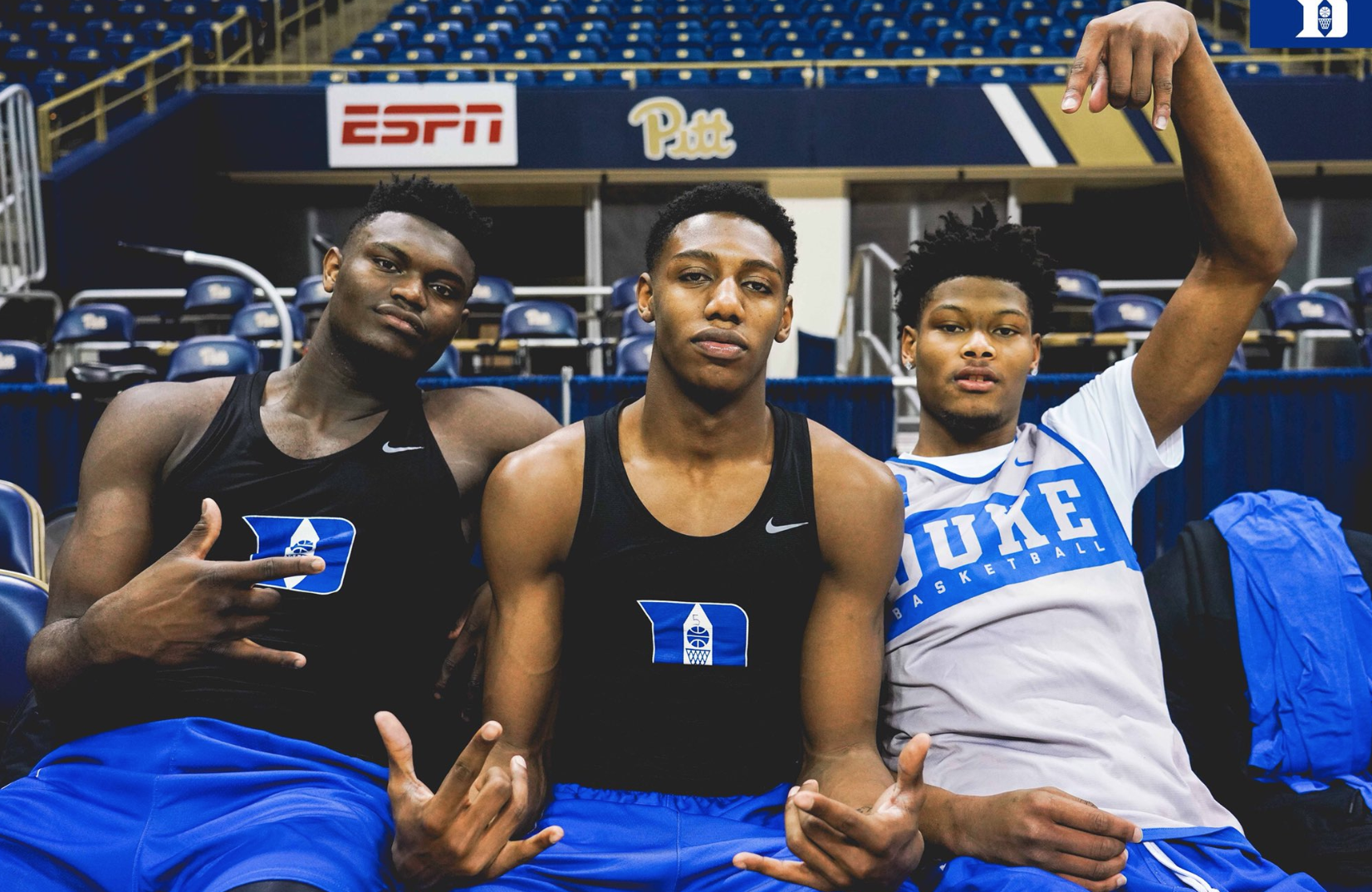 Gonzaga has EIGHT upperclassmen and Syracuse has NINE upperclassmen. Duke lacks the leadership and experience from upperclassmen, as they only have six. Is this what breaks down the Blue Devils? The Duke starting five consists of four freshmen, and they are the main scorers for this squad. RJ Barrett is averaging 24 PPG, Zion Williamson is averaging 21.7 PPG, Cam Reddish has 13.1 PPG and Tre Jones provides 8.1 PPG. That is 67 points from freshmen alone in a game.

Although these losses prove that Duke can fall, they may also be learning from their mistakes against older, more experienced teams. Since their first loss against Gonzaga, their defense has stepped up immensely. In their previous 12 games, they have held opponents under 70 points in NINE of them, averaging 64.5 points allowed in the previous 12 games.

Tre Jones is known as possibly the best on-ball defensive guard in the country and Duke lost him at the end of the first half against Syracuse. Cam Reddish didn’t play due to flu-like symptoms. Could this have been the reason Duke lost against the Orange? Who knows… What matters is how they bounced back to beat a competitive and talented Virginia team that never took their foot off the gas, without their star point guard, Tre Jones.

Now that we are in conference play, Duke needs to prove that no matter the age difference, no matter the lack of leadership, that they can beat teams and continue to play how they have this year. Duke has always had issues in ACC play, but do not be surprised if they get on track and run through most of their opponents for the remainder of the season. In the remaining 13 games in the regular season, Duke will face SIX teams that have more upperclassmen than them and SIX ranked teams; four of them in a row.

The way that the Blue Devils are able to adjust to losing guys on the court and improving against older teams may prove to be their greatest weapon. It will be an uphill battle for this young core, but if they continue to learn and grow at the rate they have this season, Duke may be your ACC regular season champions.
Duke will face off against Georgia Tech on Saturday at noon.