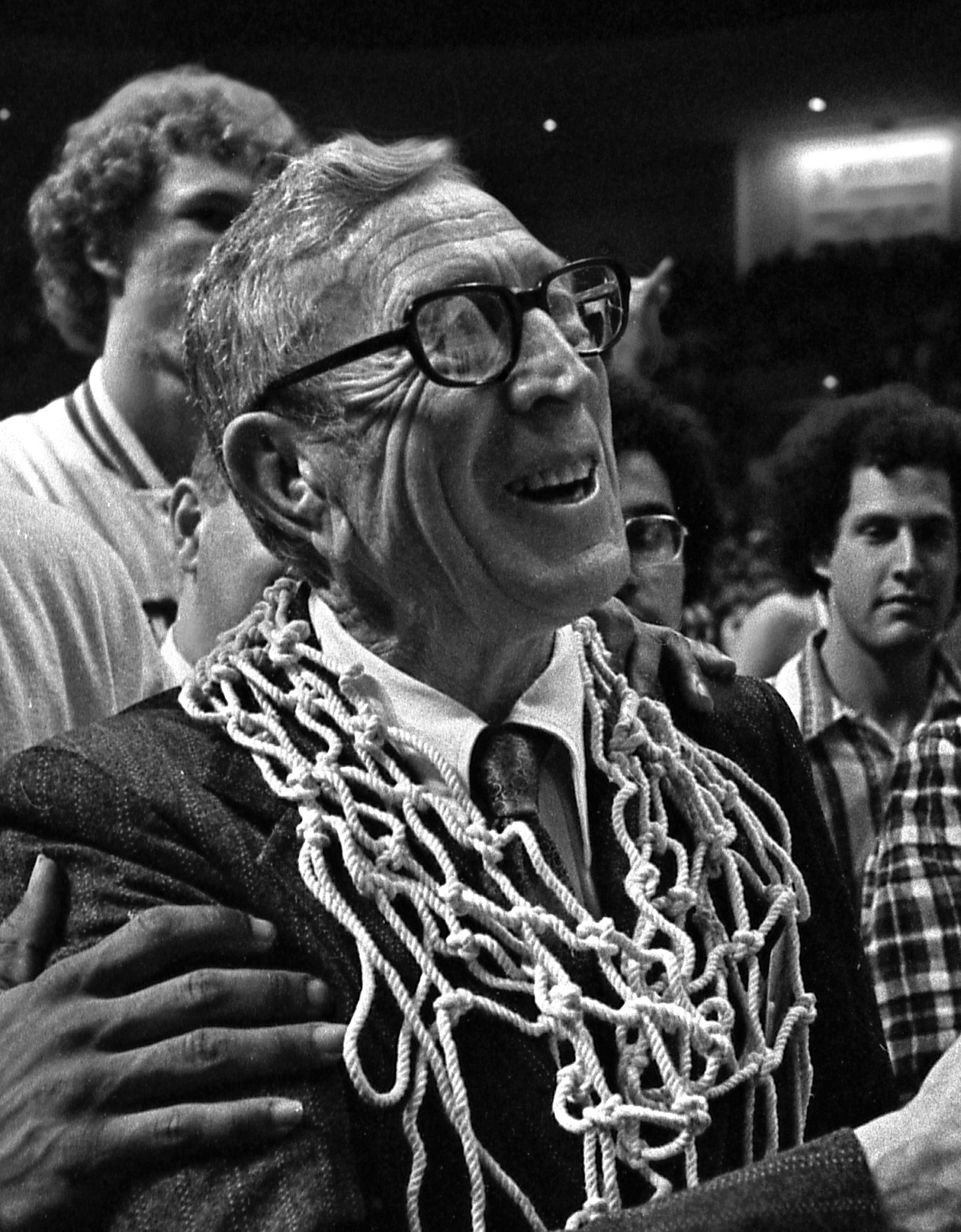 John Wooden is still known today as one of the greatest basketball coaches of all time. His success in both coaching and life will always be remembered, but has Wooden’s legacy doomed UCLA? Is UCLA still today hoping and praying for the same success even though no other men’s program has achieved such accolades?

Steve Alford was fired as the head basketball coach of UCLA on December 31, 2018. Alford was in his 6th season as head coach of the Bruins and had complied a total record of 124-63 thirteen games into his sixth season.

Alford recently signed a contract extension in October of 2017 which extended his contract through the 2020-2021 season. After five seasons with the Bruins, Alford had gone 117-57 (.672). He had won the Pac-12 tournament in his first season and guided the Bruins to four NCAA tournament appearances in five years. They had reached as high as #2 in the AP poll in 2016-2017 and finished in the final poll as the #8 team in the country. In his four tournaments, Alford went 6-4 leading the Bruins to three Sweet 16 appearances where he fell to Florida in 2014, Gonzaga in 2015, and Kentucky in 2017. The Bruins had finished top four in the Pac-12 in every season with Alford except the 2015-2016 season. And on top of all of it he helped produce 11 NBA draft selections including seven first round draft picks. His accolades were stellar, his success as a coach had been proven however, in a long line of UCLA coaching success after Wooden no one has been able to achieve greatness.

John Wooden started his collegiate coaching career in 1946 and spent two years with Indiana State before making the move across the country to start his extremely long and successful tenure with UCLA in 1948. During his 27 years at UCLA, Wooden never had a losing season. He reached 16 NCAA tournaments and guided his team to twelve Final Fours that included ten National Championships. Wooden’s success started slowly however. At a time that winning games was almost more important than winning championships Wooden and his UCLA Bruins only earned the right to play in the NCAA tournament in three of his first thirteen seasons. Now Wooden coached at a time before the tournament expanded to 32 teams in 1975 and making the NCAA tournament was much harder than it is today, but that’s besides the fact. His last fourteen seasons is what cemented Wooden and UCLA as a basketball dynasty to be forever known. In fourteen years the program lost a total of 41 games (30 in the first five of those years). They reached thirteen NCAA tournaments and twelve Final Fours. They won the National Championship ten times and rattled off 88 consecutive wins from 1971-1974. After winning his tenth championship Wooden stepped down in 1975 and UCLA basketball has never been the same.

Wooden was followed by Gene Bartow who went 51-10, made a Sweet 16 and a Final Four before he left to start the basketball program at UAB. Gary Cunningham replaced Bartow and led the Bruins to a 50-8 record the Sweet 16 and Elite Eight before deciding to leave to become the athletic director at Western Oregon State College. In steps Larry Brown. He to led the Bruins to two NCAA tournaments and a National Championship game in 1980 before he left the school with a 42-17 record before he left to coach the New Jersey Nets (now Brooklyn Nets). After six years and three coaches there was something there that didn’t allow UCLA to hold on to their coaches and more than likely the shadow of wooden was to large.

Next, came Larry Farmer. Farmer went 61-23 with the Bruins but failed to make the NCAA tournament in two of his three seasons before “resigning under pressure”. The next man up was Walt Hazzard. Hazzard lasted four years at UCLA, winning the NIT in his his first season and making the NCAA tournament once. With a 77-47 record as head coach of the Bruins, Hazzard was fired after the 1987-1988 season and replaced by Jim Harrick.

After a few years of the program seeing down years in the eyes of the athletic department, boosters, and fans; Harrick turned things back around for the Bruins. His tenure at UCLA lasted seven seasons all of which he guided the Bruins to an NCAA tournament appearance. He won three Pac-10 regular season championships, made the Sweet 16 and Elite Eight on separate occasions and brought home the first National Championship since Wooden when the Bruins defeated Arkansas in 1995. Harrick was then fired from UCLA following an investigation for an extra benefits infraction by the NCAA. Harrick was 191-63 at the time of his dismissal.

Steve Lavin was named the Interim Head Coach before earning the right to remove that title later in the season after guiding the Bruins to the Pac-10 regular season championship and a trip to the Elite Eight in his first season. Lavin then proceeded to make five more NCAA tournaments including the Sweet 16 four more times. The team went 10-19 in 2002-2003 and recorded the first losing season for the UCLA basketball in 55 seasons. Lavin was then fired following the season with a total record of 145-78 at UCLA.

Ben Howland replaced Lavin and after a rough first season going 11-17 he proceeded to make strides making the NCAA tournament the five straight seasons that included three straight trips to the Final Four and an appearance in the National Championship game in 2006. In his last four seasons with the Bruins he made the tournament twice including his last season in 2013 before being fired after totaling a record of 223-107.

The past five coaches at UCLA have been fired and many have been successful enough to the point to remain a coach at plenty of high major programs. Yes, most of the firings had come at a time when the coach had a bad season, but one season is going get you fired? Howland was fired somewhat unexpectedly after looking like he was turning things back around, Alford mid-season with a stellar recruiting class still learning how to play at the college level. Harrick was fired for a violation that today would look like nothing. The previous coaches couldn’t handle the pressure. Wooden built a legacy and only Geno Auriemma has accomplished anything close to the success that Wooden has had. A new coach will be at the realm next season and UCLA needs to take a step up out of Wooden’s shadow. Have faith in a new legacy. Nothing will ever compare to what Wooden has done so stop hoping that one day a dynasty will once again return to UCLA.