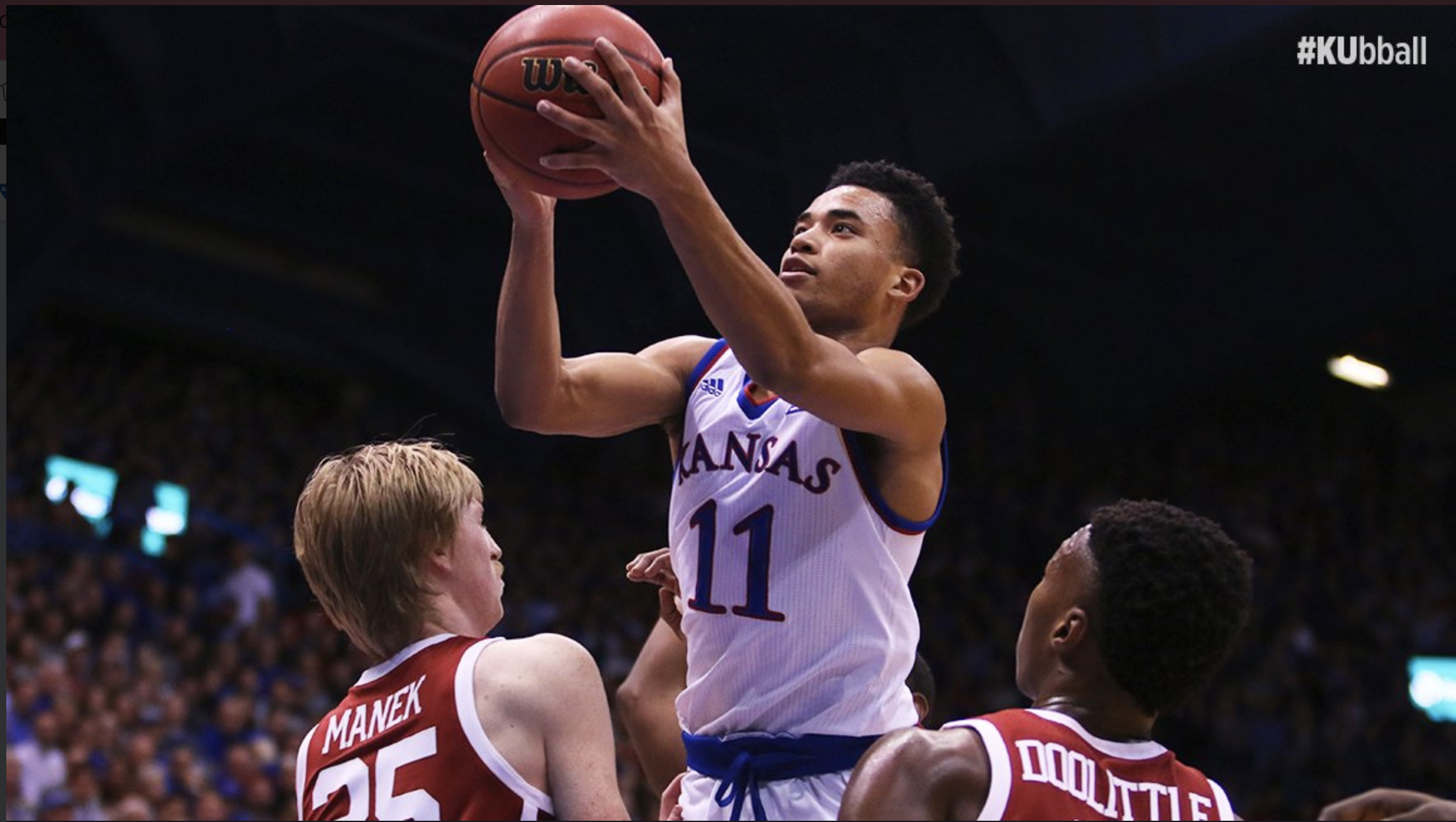 14 straight. Every player, coach, and fan know what those two words mean. On January 2nd, the quest for a record 15 straight conference titles began, and the first challenger was 23rd ranked Oklahoma. Oklahoma battled throughout, and made a big run late, but the return of a healthy Udoka Azubuike and solid contributions all around gave Kansas a 70-63 win at Allen Fieldhouse.

The first half was all Kansas. Quentin Grimes, who has been criticized for a disappointing season so far, looked a lot more comfortable, driving and scoring, and Azubuike continuously used his size to generate easy buckets. Dedric Lawson, the favorite for Big 12 player of the year, struggled in the first, being held under double digit scoring. For Oklahoma, they started out strong, going on a 7-0 run, but were outplayed the rest of the half, as Kansas jumped out to a 15 point halftime lead, easily one of the best first halves they’ve had this season.

The only noticeable weakness for this Kansas team is its three point shooting. Besides Lagerald Vick, they do not have a consistent shooter. Oklahoma noticed this and made it a priority to crowd the paint and not let Kansas get any good shots. This helped a lot, and allowed the Sooners to pull to within 5 with 11 minutes remaining. Unfortunately for the Sooners, Dedric Lawson got hot in the second half, scoring 8 of his 13 points in the half. Still, Oklahoma kept it competitive, and with 30 seconds left, the lead was only 4 for the Jayhawks. Devon Dotson, who was actually the leading scorer this game, knocked down 3 clutch free throws in the final seconds to give Kansas the conference opening win.

Oklahoma finished with two players recording double doubles; Bradley Manek finished with 16 and 11 while Christian James, who only shot 4-15 from the field, added 11 points and 12 rebounds. Dedric Lawson ended with another monster statline, finishing with 13 points along with 15 rebounds on a 6-17 shooting night. Devon Dotson scored 16 points and stole the ball 4 times for the Jayhawks.

A few notes from the game:

Kansas (12-1) will play again on Saturday on the road against Iowa State, and Oklahoma (11-2) will take on a much easier opponent in Oklahoma State at home on Saturday as well.