Who Will Win the ACC? 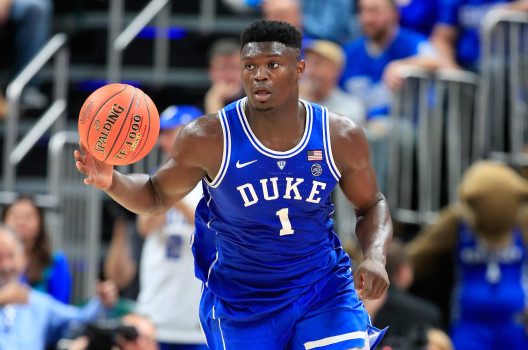 College basketballs premier conference begins league play on New Year’s Day, when Virginia Tech hosts Notre Dame to begin the ACC season. Overall, the conference had an impressive non conference resume, with an overall record of 142-40, which is a .730 win percentage. The ACC tied the B1G in its annual challenge, won tournaments such as the Battle 4 Atlantis and the Charleston classic, and claimed big wins over teams such as Kentucky and Villanova.

The league is strong as always, but despite overall success in non conference play, there was definite separation between the top and bottom of the league. The non conference slate can tell us a lot about what to except in league play, especially what teams look to be the favorites.

Virginia, after losing to UMBC to end their 2018 campaign, came back in November with a chip on their shoulder. The Cavaliers did not have a particular difficult non conference schedule, but they proved to be dominate on both sides of the ball. Virginia always holds an unbreakable defense, but unlike other wahoo teams, Tony Bennett holds three scorers who average over 14 points a game in Kyle Guy, Ty Jerome, and DeAndre Hunter. Any Virginia team is scary because of its defense, but an added KenPom top 10 offense can reek havoc in the ACC this season.

Florida State is usually in the middle of the pack in the ACC, and Leonard Hamilton always has similar rosters. The Seminoles tend to have superior athleticism but lack control and consistent offense. However, this years team seems to be different. Florida State has scored under 70 once, when they fell to a slow paced Villanova team, their only loss. Led by Terrance Mann, the Noles have a score by committee style, leading us to believe they will always be able to manufacture buckets no matter who’s cold, a valuable asset in the ACC.

The best team in North Carolina is Duke. But the second best may not be across Tobacco Road this year. North Carolina State has quietly had a very good non conference season, posting a 12-1 record with wins over Auburn and Penn State. The Wolfpack have won all but two of their victories by double digits, with one of the exceptions coming against top 10 Auburn. Torrin Dorn averages 15.1 points a contest with 6 and a half rebounds a game. Kevin Keatts has an ACC contender in his first year as the head of the realms in Raleigh.

The number one ranked team is the favorite to win the ACC right now. Duke will look to win the ACC for the first time since 2011, the same year where Coach K brought a National Championship home to Durham. Duke, led by freshmen phenoms RJ Barrett and Zion Williamson, have seen production from all their freshman as well as upper class men such as Marquis Bolden and Alex O’Connell. Duke boasts an elite offense and defense, and has defeated top teams in non conference play such as Kentucky and Texas Tech. Duke has an 11-1 record, losing to fellow powerhouse Gonzaga on a neutral floor. Duke looked sloppy at first, but has gained control and their elite recruiting class looks comfortable with Coach K’s scheme, leading many to believe they will be the winners of the ACC.

Conference play always comes with surprises, but if non conference play tells us anything, it’s the ACC is strong, but there are clear favorites this season. Teams such as UNC and Virginia Tech look strong but simply do not have the talent or consistency needed to win the ACC. The four teams above have skill, good coaching, and capability to win any game they play, making them the favorites to win the ACC.