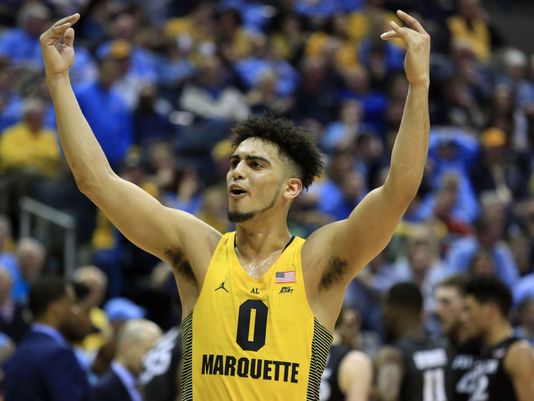 The non-conference season is basically over and over the past month we have learned a great deal about each team. Teams have shown if they could be legitimate contenders for a national championship, they have shown that they could make a run in the NCAA tournament, that they most likely won’t be a threat, and the few teams who still have yet to show us what they are truly made of.

The Big East was a big question mark heading into the season and much of the same questions still lie on the table. The Big East has shown that they are a respectable conference and nothing to this date will take that away. All ten teams have earned an above .500 record in the non-conference and have gone a combined 95-31 (.756). The Big East has fared fairly well against the AP top 25 going 6-8 (.429) and have secured a 21-20 (.512) record against high major opponents.

The Big East has shown that they can compete this season and that there depth is deeper than previous years. However, what the Big East is lacking this year more than ever is a team who can contend for the National Championship or even a team who could be an easy pick for the Sweet 16. The league seems to be turned upside down and is wide open for a new team to take the top spot. The Big East should have five teams locked into the NCAA tournament with eight teams buying for a spot.

St. John’s is the only Big East team remaining with a non-conference game still to play on their schedule when the face off with Duke on February 2nd. So with non-conference play over it’s time to look again at the standings and see how the Big East will play out moving forward.

DePaul also has taken a step in the right direction bringing the basement of the Big East up but will be staying there for this season but will be a difficult team to play in Chicago.

Georgetown has taken another step forward but have still not jumped into the races of the Big East. They will certainly surprise a few teams and enjoy some wins in the Big East but will still struggle with a younger team who isn’t quite prepared for conference play.

Xavier lost Chris Mack as well as J.P. Macura and Trevon Bluiett and the team has not been able to get things rolling yet this season. The Musketeers will be a solid team in the Big East and a very difficult team to play in the Big East. However, it looks as if they just don’t have enough to make a run in the Big East.

On any given night you never know what Creighton team will show up. It could be the team that pushed Gonzaga to the brink putting up 92 points on the then ranked #1 Bulldogs, or the team that was blown out against their in state rivals, Nebraska. Creighton has what it takes but doesn’t look to be a team that will be consistent enough to jump to the top of the Big East.

Providence has been one of the disappointments so far in the Big East. The Friars were expected to be really great this season bringing in a bunch of new talent with a solid returning core. However, to this date Providence has been pretty average. They are 10-3 with a win over Texas but they have losses to Wichita State and UMass that will hurt there seeding if they happen to make the tournament. Providence still has enough to put a run together but seems to play toward the level of competition meaning they are likely to get picked off one or two more times by teams who will not make the NCAA tournament.

Seton Hall has been a pleasant surprise for the Big East. After losing so much from a season ago and a slow start 1-2 start to this season things were not looking good for the Pirates. But Kevin Willard has now gone 8-1 since then including a win over Kentucky. Seton Hall has become a team to watch and will be no easy out in the Big East.

St. John’s was the only remaining unbeaten team in the Big East, before falling to Seton Hall in their Big East opener, but has struggled to show who they really are. They have not played a very difficult schedule and in doing so haven’t really blown teams out either. Big East play for the Johnnies is still a mystery. It looks as if they could be one of the four teams who could win the Big East but anything could happen.

Butler has shown that they are a team who can score with the best of them and can certainly defend. They too are more of a team that relies on a team effort to succeed. The Bulldogs rank 30th in assist to turnover ratio  at 1.4 and in three of there four losses this season have averaged well below that mark. Butler has the talent and has grown greatly thus far and could make a run for that top spot in the Big East. They too should pick up what is needed in the Big East to make the NCAA tournament.

Villanova has gotten off to a rough start this season. They already have four losses on the season with two coming at home and two more to unranked mid-major programs. The Wildcats are not the team that they once were and have struggled without a true go to player who can get the job done no matter what. Jay Wright is a mastermind and Villanova fans shouldn’t worry too much as they should still take care of business as they continually get better throughout the season. Despite a slow start to the season the Wildcats still played and won games that should easily get them into the NCAA tournament.

Marquette has by far been the best team in the Big East this season. They can claim wins over Kansas State, Buffalo, Wisconsin, and Louisville. However, three of those wins came at home and there only true road game of the season is one of the teams two losses on the season. Marquette does sit as the only Big East team ranked in the current AP poll and should be able to finish the Big East season 13-5 and be a lock for the NCAA tournament.