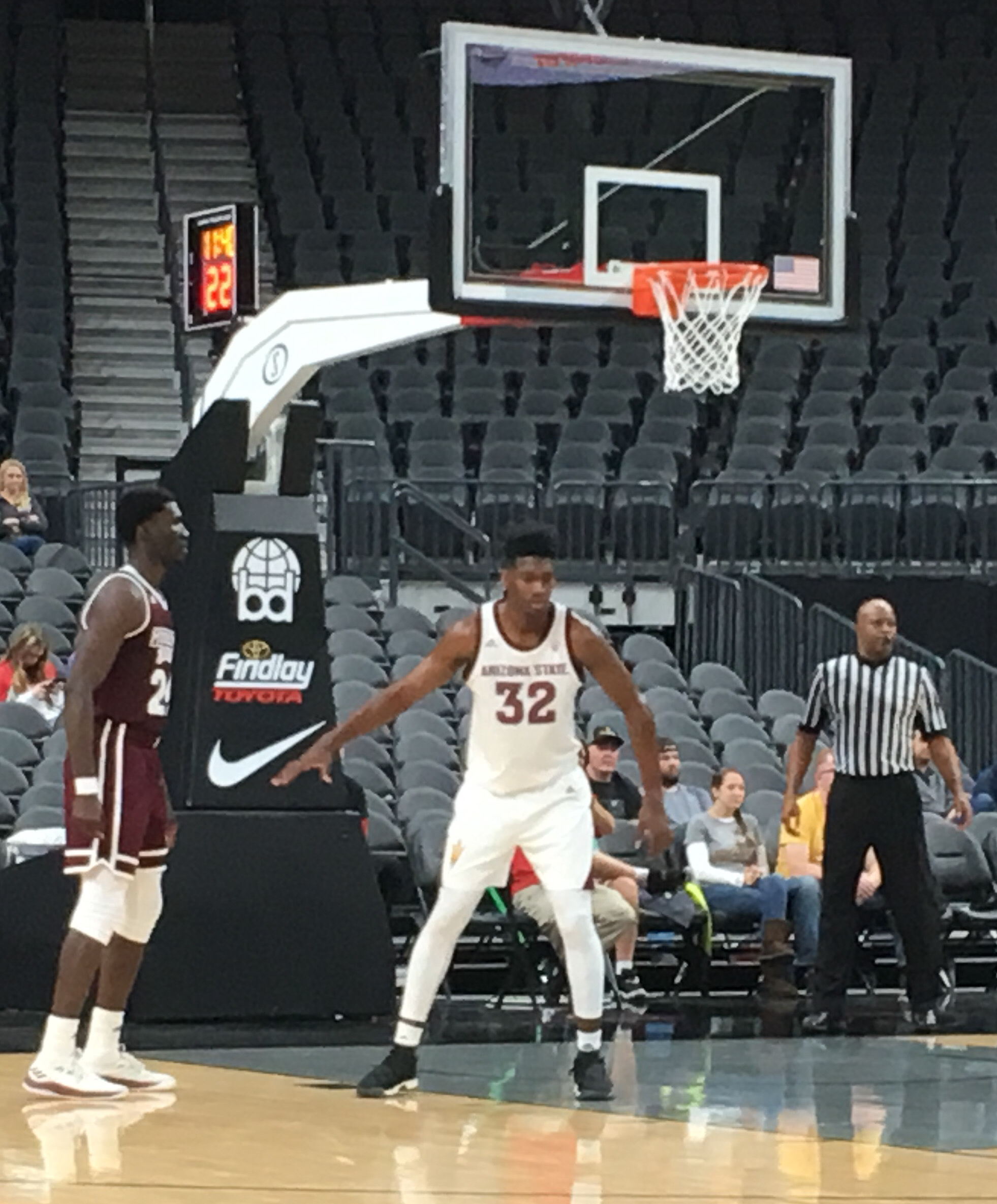 In the second game of the night in the heavyweight division of the MGM Resort Main Event, Arizona State and #15 Mississippi State went toe to toe in a physical battle of will determination. Both teams were tested throughout the night on both ends of the court until Arizona State outlasted #15 Mississippi State and picked up an upset in back to back years in Las Vegas.

It was a close game throughout the early part of the first half as both teams were very physical and settled in early. Any jitters that may have existed on the big stage were gone by tip-off. With 7:29 left in the first half Mississippi State held a  17-16 advantage with Arizona State’s Luguentz Dort at the line. Dort knocked in both free throws and the Sun Devils responded by adding eight more unanswered points forcing the Ben Howland and the Bulldogs to call timeout. A 3-pointer by Zylan Cheatham with 3:59 to play caped off a 13-2 run by the Sun Devils and another Mississippi State timeout. Arizona State had the Bulldogs right where they wanted them and completely took all the energy out of the crowd. Mississippi State was unable to settle down in the first half and ultimately saw the their deficit reach 18 points, before Quinndary Weatherspoon knocked in a triple to send the Bulldogs to the locker room trailing by 15.

The Bulldogs must have been inspired by Howland in the locker room as they shot out of a cannon to start the second half with a 10-0 run in the first 1:50 to trim the lead to five. Only to witness Arizona State score on three straight possessions in their own 8-0 run in 0:58. The game seesawed back and forth after that. Mississippi State would cut the lead down to a single possession just to have the wind knocked out of their sails as the Sun Devils pushed the lead back to a two or three possession game. It wasn’t until there was 1:02 left in the game when Nick Weatherspoon hit a jumper to tie the game at 65. On the ensuing possession Arizona State found their leading scorer Kimani Lawrence in the corner and he calmly buried a three of his own putting Arizona State back on top for good.

Kimani Lawrence led the way for the Sun Devils with 22. Remy Martin added 16 of his own while also dishing out seven assists and finishing the game with zero turnovers. Mississippi State saw four player reach double figures with Aric Holman leading the way with 22.

Up next both teams will finish out their stay in Las Vegas with their final game of the MGM Resorts Main Event as #15 Mississippi State will play Saint Mary’s at 8:30 EST on Wednesday November 21 followed by Arizona State facing off with Utah State in the heavyweight division championship game.