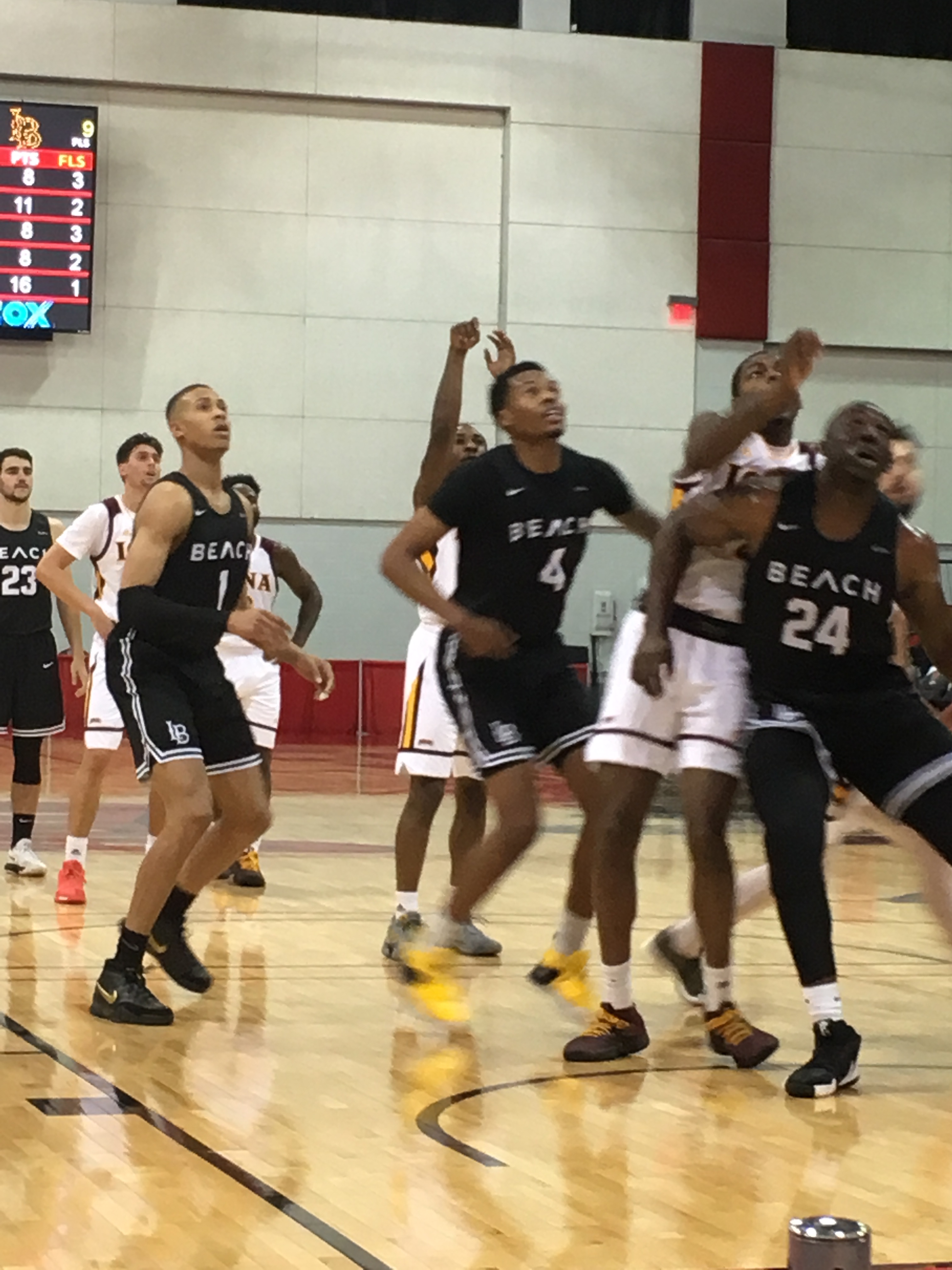 Taking part in the MGM Resort Main Event, Iona and Long Beach State met in the second game of the lightweight division. The teams were evenly matched throughout the game with no team leading by more than 10 points. On multiple occasions, Long Beach State started to pull away just to see Iona fight their way back into the game. Down the stretch Iona took the lead when Asante Gist made a contested lay-up with 0:04 left on the clock, Iona led 85-84. Ron Freeman then took the ball with no timeout called drove the length of the floor and hit a lay-up as time expired to give the Long Beach State the 86-85 victory.

The first half showed that the teams were a close match for one another, but sloppy basketball allowed neither team to establish themselves in the game. The first half featured a combined 20 turnovers, and 22 fouls as Long Beach held a one point advantage. Long Beach shot 50% from the field and 62.5% from behind the arc to overcome their first half turnovers. Neither team could really take advantage of the turnovers, but Iona was able to use 11 second chance points to help them stay in the game as they shot poorly from the field.

More turnovers in the second half and a back and forth game allowed the excitement to take place. Temidayo Yussuf led the way for Long Beach with 18 off the bench in a game where the 49ers saw four players reach double figures. The Gaels of Iona also had four players score in double figures with Asante Gist leading the way with 17.

Long Beach State will move onto the championship game of the MGM Resorts Main Event Lightweight division and face Utah Valley on November 21.

Iona will look to pick themselves up to claim a third place finish on November 21 as they will face Hartford.