Holtmann Has Buckeyes Looking Up The NCAA Tournament Branches 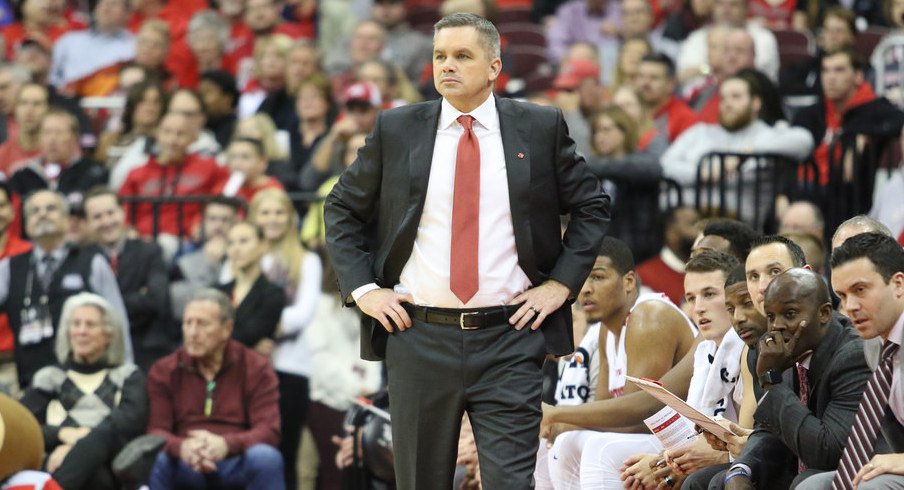 So its about that time again.  College basketball is very close to beginning a very exciting campaign in which a lot of conferences will have teams with new life, new blood and a new outlook.

One of those teams who will be looking to move on up the “Buckeye tree” is Ohio State.  Chris Holtmann came in and planted roots in Ohio last year after learning how to build an orchard of success in North Carolina at Gardner-Webb (where he was coaching for three seasons) before moving on to the Midwest and fertilizing the corn fields of Indiana at Butler University for three years replacing Brandon Miller.

Now with a new season upon him, Chris Holtmann is in his sophomore campaign at Ohio State. After finishing tied for 2nd in the always competitive Big Ten conference finishing with a 15-3 conference record, Holtmann is looking for his team to keep moving their progression upwards as the Buckeyes made it to the Round of 32 before being beat by an always tournament ready Gonzaga team headed by Mark Few.

The question is how much of an improvement can Ohio State make?

Any improvement in the Big Ten Conference means a championship and nothing less to the Buckeyes while the sky is the limit in the NCAA Tourney.  A look at Holtmann’s coaching career shows that his potential as a head coach is limitless as well.

Holtmann began his head coaching venture in the Tar Heel state at Gardner Webb. Holtmann  was an assistant for five years at G Dub before returning to the school as a head coach from Ohio University where he also worked as an assistant for three years previous.  Known as a tireless recruiter, Holtmann led Gardner Webb in his third year to the CollegeInsider.com Postseason Tournament which was the schools first postseason tourney in its history.

After his third season at Gardner Webb, Holtmann left the school to take a job at Butler University under Brandon Miller who said that having Holtmann “fits who he is and what he stands for and is very representative of Butler University.”

In 2014, Holtmann’s move to Butler couldn’t have been in better timing for him as Miller had to take a sudden leave of absence and in his place was put Holtmann as the interim head coach.  Upon taking over the role of head Bulldog, Holtmann stated that “The Butler Way is who I am, who I want to be and who I’m trying to be with my family and my values.”

His players felt the same way as he led Butler in his interim role to a #15 ranking and  the athletic director made the head coaching position his noting that “Holtmann took over the position in a very difficult situation and time.”

Holtmann then led the Bulldogs to their highest seed ever in the NCAA Tournament with a #4 seed in 2017 and a 12-6 conference mark in the Big East.

After this strong success, the powers that be came calling…… powers as in the Big Ten Conference and Ohio State.  Ohio State felt their program had become stale and complacent under Head Coach Thad Matta and with that came calling on Chris Holtmann to restore the fire in the program.

Much like his Gardner Webb tenure, Holtmann left Butler after 3 years and took over the Buckeye program looking to make Columbus a national landmark of college basketball much like it had already become in college football.

So how will the Buckeyes fare in the sophomore campaign for Holtmann?

History shows that right now the Buckeyes have gone as far as Holtmann has been able to take a team as he was unable to get further than a second place finish in the Big East but the NCAA Tournament is a different story.  Holtmann took the Butler Bulldogs to a Round of 16 finish in the 2017 tournament so in the words of Michael Jordan…. ‘the ceiling is the roof’ for the Buckeyes. The only question is does the ceiling stop at second place in the Big Ten and a Sweet Sixteen finish or can the Buckeye shoot their branches to the moon and come up with a Big Ten Championship and an NCAA National Championship in the Chris Holtmann tenure?

Only the future can tell us that…. and in the past history of Holtmann and his success that has come with it,  a fourth year at a program would be a milestone in itself.

With the football program in a whirlwind of itself right now with uncertainty swirling around Urban Meyer’s program and what may become of its future, Holtmann is looking to  make his tenure at Ohio State one that breeds “The Ohio State Way”….much like his days at Butler.

One can only wait and see if “The Ohio State Way” leads to a Final Four by way of Minneapolis.

The Final Four is in Big Ten Country this year.  What better way for Holtmann to show off his program than for his Buckeye program to represent the Big Ten Conference playing for a national championship.