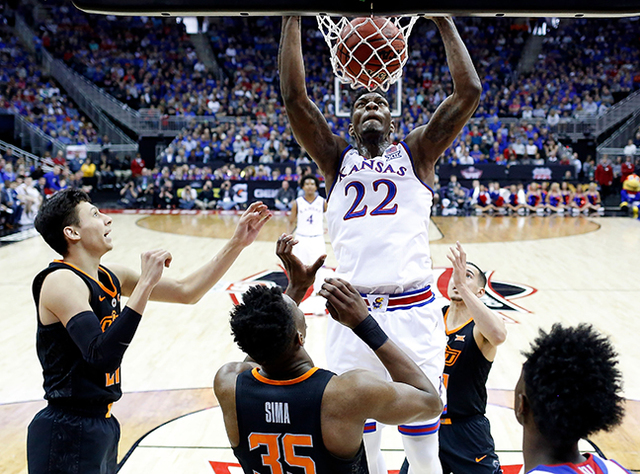 Early this morning, it was announced that Kansas F Silvio de Sousa will be held out of their exhibition game against Emporia State on Thursday, and possibly more while the NCAA investigates his eligibility. De Sousa made national headlines early this month after it was released that De Sousa was paid $20,000 to insure he would attend Kansas.

De Sousa was a big part of the team’s final 4 run last year, stepping in during the Big 12 tournament when starting center Udoka Azubuike was injured, and played big minutes in the Jayhawks’ Final 4 run last march.

Losing De Sousa will be a big blow to the Jayhawks, but they still are incredibly deep at the forward/center position. They still have starters Azubuike and player of the year contender Dedric Lawson, and to replace De Sousa will be a combo of freshman KJ Lawson and David Mccormack, and junior Mitch Lightfoot.

This situation is familiar for the Jayhawks, as they lost 5 star recruit Billy Preston last season after he was involved in an investigation. Preston sat at a month of the season, then ultimately decided to leave the team to play in Bosnia in hopes of getting playing time before attempting to make the NBA. Preston’s case was never looked at. De Sousa hopes he won’t face the same situation this season, as the young big has shown tons of potential and is due for a big season if he is able to play.

Kansas faces a few challenges at the start of the season, including a showdown with #10 Michigan State, and a Final 4 rematch with Villanova.