What If No Game Winners Went in Last March Madness? 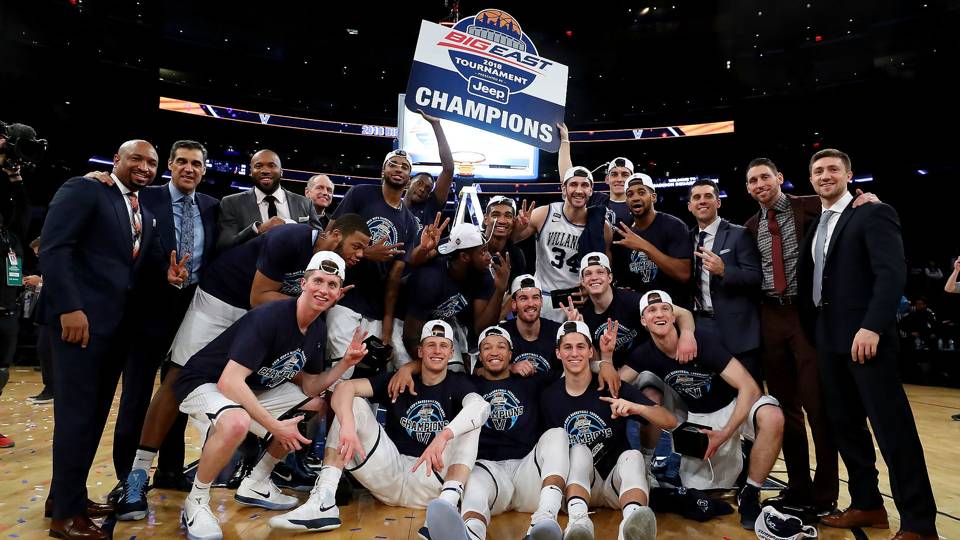 There is no question how epic this March Madness was, we saw a 16 seed beat a one seed, an 11 seed in the final 4, and countless buzzer beaters. But what if these buzzer beaters and game winning shots never went in? What would the Championship look like? What about the Final 4 and the Elite 8? Take a look below at a parallel universe of brackets. (Some results might surprise you)

In the original version, in a crazy sequence of events, Loyola Chicago miraculously wins on a last second three pointer by Donte Ingram. In this version, that shot never goes in, which means instead of making the Final 4, they get eliminated in the first round.

Up by one with three seconds to go, a controversial foul is called on Texas’ Mo Bamba, sending Jordan Caroline to the free throw line. In real life, he goes 1-2 from the line, tying the game up and sending it overtime, where Nevada would eventually win. In this scenario, Caroline can’t handle the pressure, and misses both, giving Texas an 10 over 7 upset.

With two seconds to go, Houston’s star guard Rob Gray drove to the basket and made a difficult layup for the lead and the win. Now, he misses the layup and the game goes into overtime. San Diego State outscored Houston by 8 in the second half, and they outscore them in overtime to move on.

In reality, Loyola Chicago win on another buzzer beater, but in this world, they don’t even make it past the first round. Tennessee battle it out with Miami and come out with the win this time and move on to the Sweet 16

Like Loyola Chicago, Nevada come back and hit a late game winner, but now that’s not the case. Instead of losing on a buzzer beater in this game, Cincinnati defeat this Texas team and don’t pull off one of the biggest chokes in college basketball history.

In this game, Jordan Poole hits a game winner to put Michigan past Houston, but going with the theme of this post, that three never goes in, and all of a sudden the 11 seed San Diego State is in the Sweet 16. Michigan becomes the second original Final 4 team to be eliminated from this tournament.

This came down to a free throw battle in the end, and in this case, Tyus Battle chokes and misses both free throws instead of making them, giving Michigan State the ball only down 1 with 6 seconds left. In the real scenario, Syracuse fouls so MSU can’t score three, but they can’t do that now only down one. Miles Bridges scores a game winning mid range and Michigan State sets up an exciting matchup vs Duke.

In a game that looked like a breeze for Kentucky, Kansas State surprised the world and pulled off the upset thanks to a last second layup by Barry Brown. This time, he misses and the game goes into overtime. Kentucky, who are the better team and are better coached, step up in OT and move on.

Neither of these teams get upset this time, and Cincinnati doesn’t choke this time. They move onto the Elite 8 to take on Kentucky.

The cinderella run for San Diego state ends here. Texas A&M, who destroyed the previous National champions last round, don’t do the same against a much weaker Aztecs team compared to Michigan.

In a highly anticipated matchup featured many future first round draft picks, Duke still comes out on top. The front court of Duke proves to be too much as Marvin Bagley III explodes for a monster double double.

This one really could have gone either way, but based on Calipari’s tournament success, he is able to lead the Wildcats past a tough defensive team in Cincinnati and make the Final 4 once again.

Florida State handles A&M easily thanks to a strong game by Terrence Mann. They live to see another day instead of ending their dreams against a better Michigan team.

We’re going to have to look back a little farther for this one. With about 30 seconds left, Kansas’ Svi Mykhailiuk hit a game tying three, and Grayson Allen missed a fadeaway at the buzzer and Kansas would prevail in overtime. With Svi missing the three, Duke pulls away with good free throw shooting and move on to the final 4.

It’s not often we see a 5 seed against a 9 seed in the Final 4, but in this case we do, and it’s the 5 seed who comes home with the victory. So, instead of getting knocked out in the Sweet 16, Kentucky makes the championship game.

Villanova was clearly the best team in the tournament, and we see a similar result in this game. Nova’s three point shooting is too much for Duke and we don’t get to see the two best head coaches in Calipari and Krzyzewski face off against each other.

Like the Final, Villanova just proves that they are too good for any team to compete with them. The combination of Brunson, Bridges and Divincenzo power Nova to their second title in three years.