The Cuse continues to roll 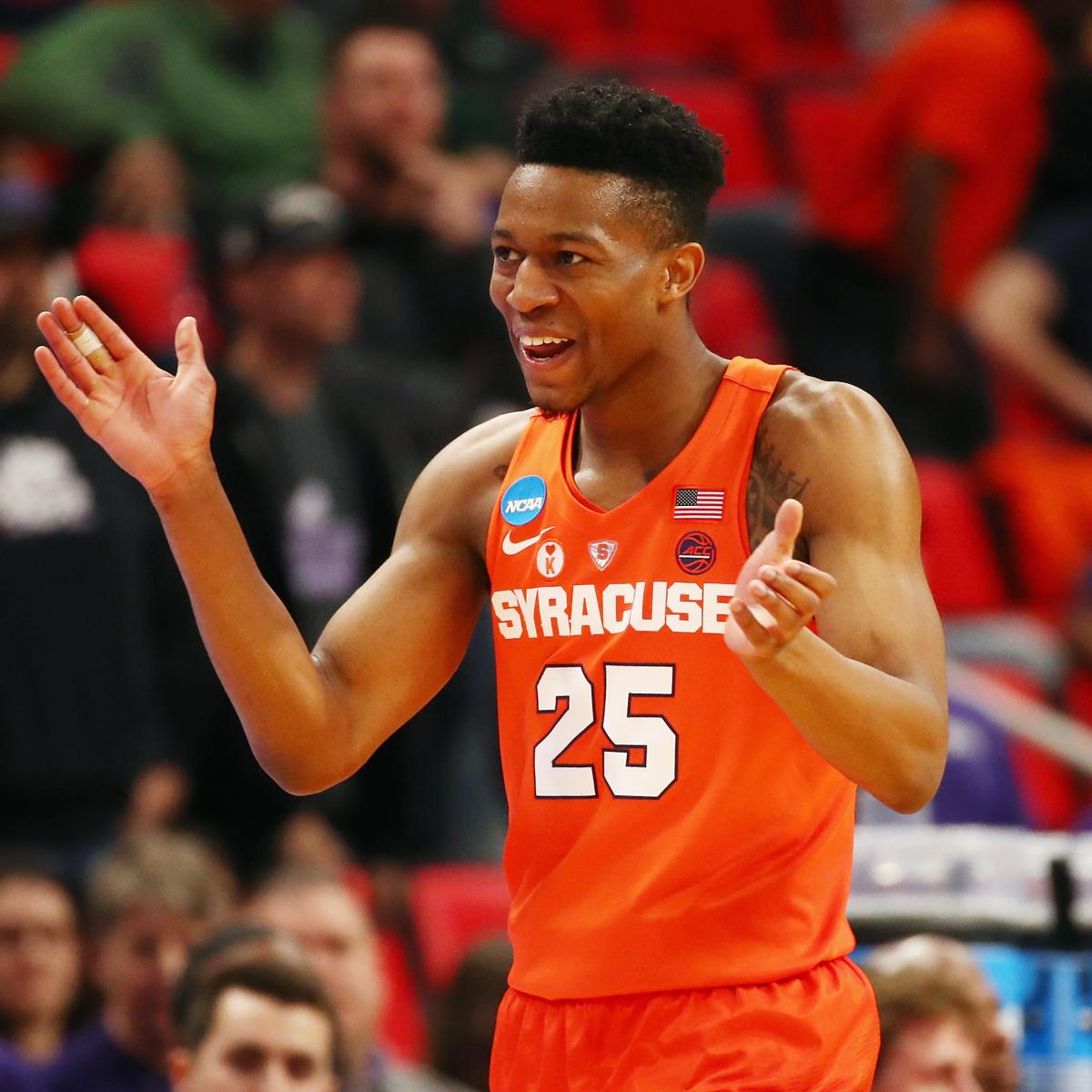 Syracuse is at it again!  The Orange have now won 3 games in 5 days to reach the Sweet 16.  Perhaps more impressively, they have held 3 teams who average above 80 PPG to below 60 points each.

The first half seemed like it was Michigan State’s, as the Spartans destroyed Cuse on the boards.  However, Cuse’s interior defense held strong, as Michigan State held a 3 point advantage going into the break, thanks to an impressive 3 at the buzzer.

State picked up the pace in the 2nd half, extending their lead to 6 points.  However, Tyus Battle got hot for the Orange, and Oshae Brissett made a much needed 3 to keep Syracuse in the game.

It looked like Izzo’s bunch would come out victorious, as Cuse’s PG Frank Howard fouled out with 6 minutes remaining, meaning Boeheim was forced to put in Brandon Bayer, who has only played 11 minutes all season long.  However, the defense stayed strong, the offense took the lead, and the Orange hit clutch free throws down the stretch to win the game and head to their 24th Sweet Sixteen in program history, passing Indiana for 7th all-time.

The Spartans were led by Cassius Winston with 15 points, and Miles Bridges with 11.  However, Michigan State only shot 25% from the floor.

Syracuse was propelled by Tyus Battle with 17 points, Oshae Brissett with 15 points and 9 rebounds, and Frank Howard with 13 points.

The Orange will face off against Duke on Friday.