Kentucky advances to Round of 32 over Davidson. 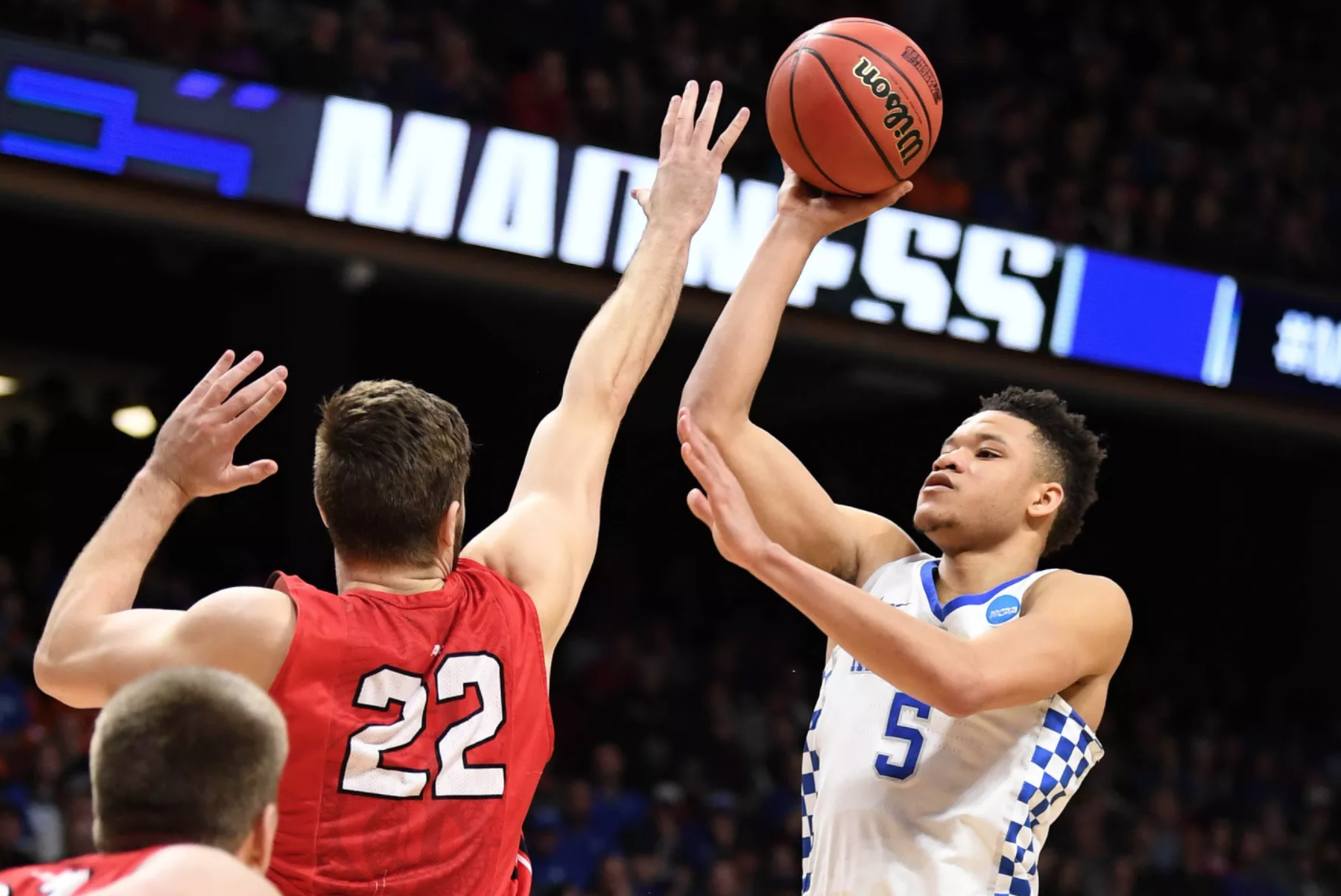 Despite a strong second half from Davidson, Kentucky ousted the “Red” Wildcats by a final score of 78-73. Led by Kevin Knox with 25 points, Kentucky used their momentum from the SEC tournament to assert themselves early and never lost the lead after 16:40 remaining in the first half. Davidson had 4 players in double figures but couldn’t finish the job as they exit the tournament in the first round for the 4th time in a row.

Kentucky went 0-6 from 3 point range, their first game without making a 3 since 1988. Although they were ice cold from deep, they went to the stripe 32 times and hit 26 of them. The Wildcats led by Coach Cal went 51% from the field, 26 of 45 if you dismiss the missed threes.

The “Big Blue” Wildcats will face off against the winner of Arizona v Buffalo on Sunday.