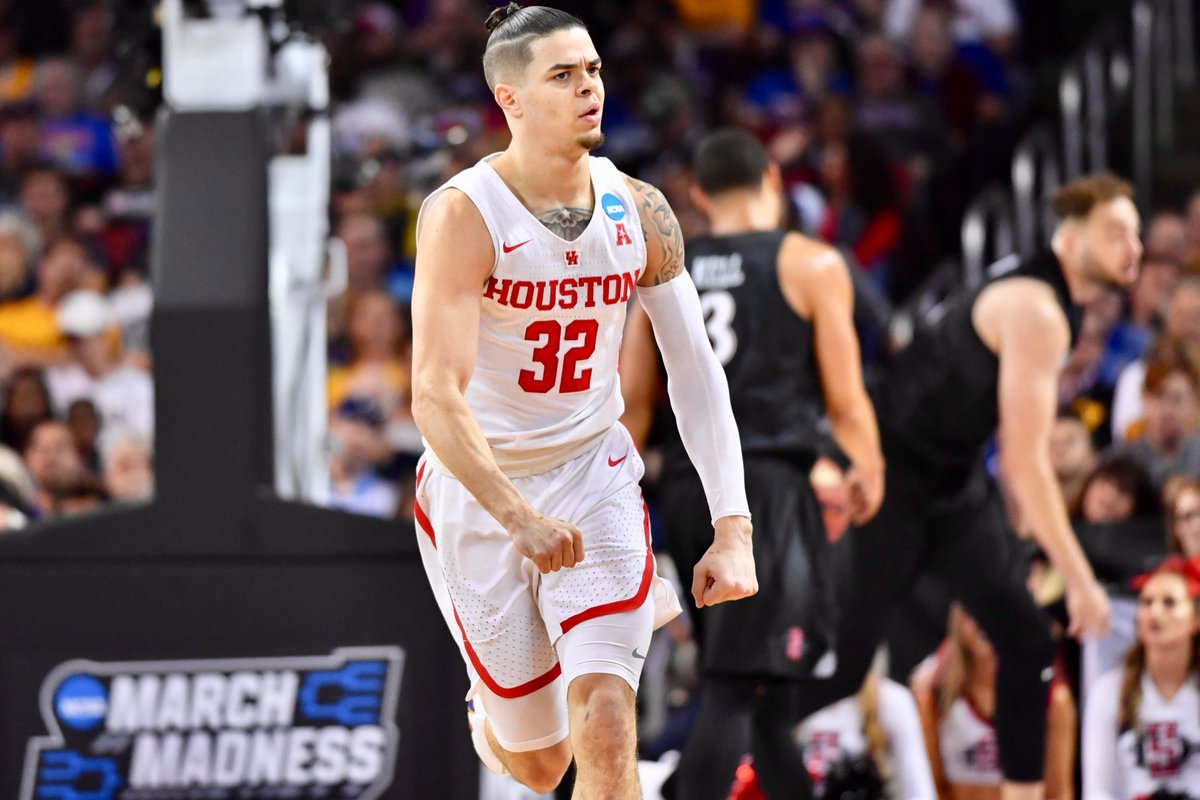 The Houston Cougars beat San Diego State, 67-65, and in the process are headed to their first Round of 32 match up since 1984.  Rob Gray had a career high 39 points in the win.

The Cougars had a strong 1st half, with a 39-29 advantage over the Aztecs.  However, SD ST. went on a late run in the 2nd half.  Then, madness happened.  Devin Watson hit a deep three to tie the game at 62 for the Aztecs.  20 seconds later, Rob Gray hit a nasty step back 3 to give the Cougars the lead.  This was followed up 15 seconds after by another Watson three, after he ball faked and spun on the wing.  Gray wanted it more in the end though, with a fantastic up and under lay in with 2 seconds remaining.

Houston plays the winner of Michigan and Montana on Saturday.