How should Pitino be Remembered? 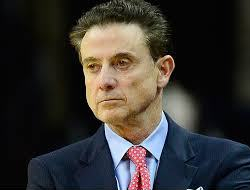 No job is safe.  We all learned that today when the news came out that Rick Pitino had been fired from Louisville amid allegations of serious recruiting violations.  Yes, Pitino has gotten off before.  He had the extortion case which dealed which personal conduct issues.  And more recently he was involved in the sex-for-pay scandals by bringing strippers in for prospective Louisville basketball players.  The Cardinals however, didn’t see any of this as enough to fire him.  But now, with all eyes on the recent recruiting scandal headlined by Louisville’s basketball program, they were left with no other choice but to let Pitino go.  Right now, it is hard to look at Pitino without him being tainted.  If these allegations are true, it would be not the first, but the second time he has gotten in trouble for not recruiting fairly.  After all, recruiting builds a program, so these are very serious charges.  However, is it fair to view Pitino as a cheater?

In order to tackle that question, we need to look at a lot of things.  First and foremost, the stats.  In 16 years at Louisville, he compiled 416 wins with a .747 winning record, 1 National Championship, and 3 Final Four appearances.  In other words, he is a coaching legend.  On top of this, he is respected in the coaching realm, is seen as a good role model for aspiring coaches, and is extremely involved in charity work.

I don’t think he’ll go down like Joe Paterno did.  I’m not saying what Pitino did was wrong, but it would be inconceivable to think that Louisville is the only program with this going on.  Pitino may be tainted for his life.  None of these allegations will go away.  They’ll haunt him forever.  With that being said, no one will ever deny his ability to coach a basketball team.  He learned from Boeheim, coached a powerhouse in Kentucky, and finally took a struggling program like Louisville, and turned them into a national powerhouse.  On top of all this, Pitino has served as a coaching mentor for the likes of Mick Cronin, Billy Donovan, Andy Enfield, Tubby Smith, Frank Vogel, Kevin Willard, and countless others.  I know that it’ll be hard to remember Pitino without thinking of the shadiness that his program was run with.  However, I’ll never forget the impact he made on college basketball.