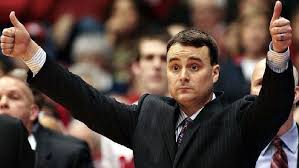 If there’s one thing that is always the same in college sports, it’s that the landscape is always changing.  Coaches take new jobs, players transfer, and schools switch conferences.  Most of this seems to go under the radar due to summer baseball, and NBA free agency taking precedence.  However, come November, College Basketball will be center stage for 5 months.  So why not take the time to catch everyone up on some of the biggest moves to take note of?

Butler – Chris Holtmann led Butler to 3 straight NCAA Tournament appearances, including a trip to the Sweet 16 last year.  However, he jumped to take one of the most profound jobs in College Basketball, as Head Coach of The Ohio State University.  His heir?  LaVall Jordan, who played at Butler from 2004-07.  He’ll have to win right away, because Butler has become a yearly contender, so expect Jordan to be on the Hot Seat in no time if things don’t work out.

Ohio State – As mentioned before, Chris Holtmann is the new man in town at Ohio State.  Although he has a proven track record, Thad Matta was one of the most respected coaches in the last 25 years, with a 337-123 record and two final four appearances during his 13 year tenure at Ohio State, so Holtmann will have to earn his stripes all over again.  As for Matta?  Health issues have slowed him down, but he is only 50 years old, so a return in the near future may be a strong possibility.

San Diego State – This one is going to be weird.  Steve Fischer is done coaching for what seemed like an eternity for the Aztecs – since 1999 to be exact.  And the man who helped Kawhi Leonard first get to the national stage will be very tough to replace.  However, Brian Dutcher seems like a good fit, as he helped recruit the Fab-5 under Fischer at Michigan, and followed him to San Diego State.  Dutcher has the experience and mentor ship, but being under the helm as the big boss will be the real test.

Indiana – Hoosier nation should be really happy about this one.  To be fair, Tom Crean wasn’t all that bad for Indiana.  Since he started coaching for the Big Ten powerhouse in 2008, Crean led Indiana to three 25-win seasons, and two Big Ten season titles.  However, he could never get the Hoosiers past the Sweet 16, which just doesn’t sit well with Indiana.  In comes Archie Miller, who may have what it takes to bring Indiana it’s first title since Keith Smart hit “The Shot” against  the Cuse in 1987.  Miller, who had only one season of under 20 wins and an Elite 8 run in only 6 seasons at Dayton brings a lot of firepower to Indiana, something that Hoosier fans need.

Georgetown – The John Thompson III era is officially closed!  He did lead the Hoyas to the Final Four in 2006-07, but since then never got past the second round, and finished with two straight losing seasons.  However, GTown has a right to be excited, as Patrick Ewing comes in, looking to get Georgetown back to their glory days.  The only question with Ewing is how good he will actually be as a coach, but that will all play out in time.  Yes, DC may be back on the map in no time.

Other Notables – Mike Hopkins in at Washington, Mark Gottfried out at North Carolina State.

South Florida – The Bulls have had an insane year as far as transfers go.  They lost 2 graduates and 4 regular transfers, and brought in 5 to replace them.  The biggest addition may be Payton Banks from Penn State, who averaged over 10 PPG last season for the Nitany Lions.  However, it is definitely a transition time for USF.

UConn – Connecticut is on this list for the wrong reason, after losing Vance Jackson, Steven Enoch, and top recruit Makai Ashton-Langford to other teams.  They do bring in Antwoine Anderson, a grad transfer from Fordham, but don’t expect this to be enough to propel UConn.

Memphis – Memphis is on here for the same reason as UConn – they lose a lot.  This is mainly Dedric Lawson, who averaged almost 20 PPG for the Tigers last season.

Duke – Duke won’t sweat this one too much.  Chase Jeter never really worked out for the Blue Devils, but nonetheless, he will be in a new uniform.

Louisville – The Cards add UConn transfer Steven Enoch to an already loaded front-court, just adding to the reasons the they will be competing for a national title come March.

Pittsburgh – Pitt adds Malik Ellison for St. John’s, who should help the guard play for the Panthers.  However, they lose Cameron Johnson as a grad transfer.  Pitt will be fighting for a bubble spot all season long.

Kansas – Kansas adds super scorer Dedric Lawson to the mix, so the Jayhawks won’t be on the way down any time soon.  Bill Self and Co. won’t have much to worry about, so expect Big 12 titles 14 and 15 to be coming soon.

Alabama – The loss of Tevin Mack does hurt Texas, but they do add Mohamed Bamba, so the Longhorns will still be in play for an NCAA birth.  However, Mack will help the Crimson Tide compete in a strong SEC.

Wichita State – The AAC hasn’t lived up the whatever expectations it had to begin with.  However, adding Wichita State, a team with Final Four odds, to a conference with UConn, Cincy, and SMU should help the conference in the future.

Valpo – Valpo makes a move from the Horizon to the Missouri Valley.  They won’t replace Wichita State, but the Crusaders will be playing in a tougher conference, which should help them improve.

Obviously this is only a little bit of what will be new for College Basketball in 2017-18.  Of course, rules changes happened too.  One of these may help out Jim Boeheim, as the coaching box has grown from 28 to 38 feet.  Another change includes the shot clock resetting to 20 seconds when the ball is inbounded in the front-court after a foul by the defense.  Soon enough, all of this will be in effect.  Until then, we can only wait for what we hope to be another great College Basketball season.