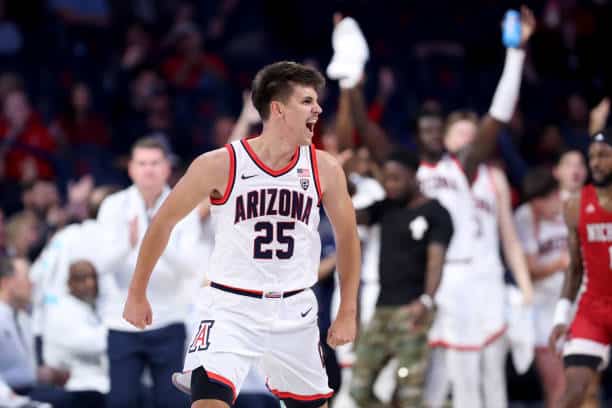 Joe Jackson gives his Pac-12 basketball power rankings for week 3 of the season.

Matchup of the week: USC vs. BYU

Sneaky good matchup of the week: Oregon vs. UConn

It’s been a major week for Arizona, as they had a matchup with Utah Tech, which they dominated in. They won their first-round matchup in the Maui Invitational against Cincinnati, and they followed it up with a blowout win over No. 17 San Diego State. Now, they’ll take on Creighton for the championship, and likely for a spot far inside the top 10 of the rankings.

Arizona playing faster than any team in the country and have the second-best 3-point percentage (48%). All five starters scored at least 14 points against Utah Tech.

The only other team in the country with two better losses than UCLA is Kentucky, and that is a debate. UCLA took on two very good opponents in the Continental Tire Main Event. Their first-round matchup was against Illinois, who was able to pull away in the end. They then took on Baylor two days later, but they were not able to pull out the win. Jaylen Clark was very good in both games, a positive sign for things to come.

After handily beating Florida A&M in their opening game, Oregon got upset by UC Irvine. They shot 4-of-21 from three and had 15 turnovers. Oregon has been hit by the injury bug a bit, but it is still concerning to have a loss like that this early. They then bounced back against Montana State, before holding their own against Houston. Three-point shooting continued to woe Oregon, and they also had too many turnovers to be able to overcome Houston.

USC was able to scrape by with two wins, although they were not without a fright. They scraped by a solid Vermont team, and followed it up with a 9-point win against Mount St. Mary. They have struggled to score at times, but Drew Peterson has rounded into form, highlighted by a 20-point, 8 rebounds, 8-assist game against Vermont.

Arizona State is a bounce or two away from being 6-0. In a weaker Pac-12 conference, the Sun Devils shown the ability early that not many other teams have shown: beating quality opponents. VCU is most likely not a tourney team, but they are a big step above a lot of the buy games teams play. Michigan seems to be struggling, but Arizona State absolutely pounded them by 25. They shot 11-of-19 from three that game, led by Desmond Cambridge who had 20 points with 4-of08 shooting from deep.

Colorado is the team that is going up and down. They have alternated wins and losses, making it difficult to judge. They have bad losses, but they also beat Tennessee and Texas A&M – two potential NCAA Tournament teams. Their offense and defense have not been fantastic, but neither has been bad either. They only have Yale before getting into Pac-12 basketball play, so this will be a needed win to gain momentum heading into conference play.

Stanford has beaten two teams that they were projected to beat, and they lost to two teams that they were projected to lose to. Their first-round matchup against Ole Miss in the ESPN Events Tournament will be a good test, as they are going up against a team of similar perceived talent. They could have another interesting matchup or two in the tournament, depending on how things break.

Washington lost their first game of the season, losing to Cal Baptist at home by nine. The Huskies shot 25% from deep, while they allowed Cal Baptist to shoot 7-of-16 from three and 17-of-31 from two. They rebounded well, but they have not been able to take advantage of it on offense.

Utah followed a disappointing performance against Sam Houston State with a 4-point win against Georgia Tech. They have held opposing teams to low field goal percentages, but they have turned the ball over and allowed a lot of offensive rebounds. Utah is a very balanced scoring team, having 5 players score in double figures against Georgia Tech.

Washington State has not impressed, highlighted by a loss at Prairie View A&M. TJ Bamba has looked good, and this team has pieces that could turn it around. They have a matchup against Detroit Mercy before getting into Pac-12 basketball play.

Oregon State has not shot the ball well, averaging 25.5 percent from three so far. Jordan Pope has been solid on offense as the point guard, being one of the sole sources of offense for the Beavers. They will get some tough matchups in the PK85 tournament.

The dread continues for California fans as the Golden Bear have started 0-5. They have not been able to score the ball at all, and they have one of the worst turnover percentages in the country on top of it. They will have two tougher matchups against TCU and Iowa or Clemson, so there is a real chance that California is winless going into Pac-12 play.