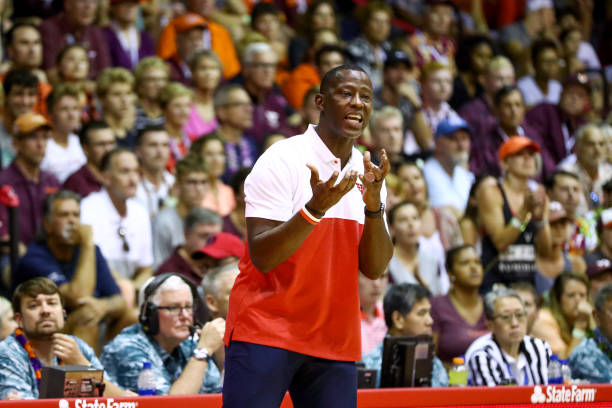 The Atlantic 10 has a diverse group of coaches in terms of resume and background.

Some are established veterans, who have had moderate success, but not enough so that they move on to better opportunities. Others are working their way up in the coaching world and have been at their respective schools for a shorter stint. This offseason has also brought upon five Atlantic 10 coaching changes, featuring well-regarded but unproven commodities.

Here is one comprehensive ranking of each of the 15 coaches in the conference, with all of these factors considered:

As a long-time assistant in the NBA, Lange had the resume to be a head coach at this level. However, he simply has not been able to win consistently. In ten years as a head coach at Navy and St. Joseph’s, Lange has had just two winning seasons and a win percentage of .394.

Fordham was not expecting to have to have to find a new coach this offseason. In fact, Kyle Neptune was not hired by Villanova until late April, when practically every coach in the carousel already found their new destination. That is why promoting Urgo was the best course of action for the program. The unfortunate reality is that while Urgo was a great assistant, there is little evidence that points to him being successful running a team.

There’s reasons to give Dambrot the benefit of the doubt: he won at least 20 games in each season at Akron and recently went 21-9 at Duquesne. However, it is difficult to point to a coach coming off 6-24 year and say he still has it. At 63 years of age and increasingly difficult playing field, the odds are not in Dambrot’s favor.

Caputo was a vastly respected assistant at Miami (FL), who has plenty of experience developing talent. He was certainly qualified for the job of rebuilding a struggling George Washington program. He just simply cannot be ranked above coaches with any sort of establishment as the head man.

Mooney has been at Richmond for 17 years and while he has done enough to stick around, the trophy case isn’t too stacked. Last year, the Spiders went to the tournament and even won a game. But to provide more context, they spent most of the season performing below expectations and were loaded with fourth and fifth year seniors. This was also Richmond’s first tournament appearance since the 2010-11 season.

English is the bright 31-year-old mind that has the intrigue of plenty of college basketball diehards around the country. If success follows these expectations, English will skyrocket up this list as he gains experience.

Dunphy is pretty much the polar opposite of English. He has 30 years of head coaching experience and many tournament appearances under his belt. Dunphy even has had success in this very conference, winning the A10 with Temple three years in a row. The only question is how much he has left in the tank, especially after being outside the game for a few years.

After holding his own for a while at Oklahoma State, Ford has been able to be consistently among the top group of the A10 each season at Saint Louis. His teams have continued to improve; the next step would be to make tournaments more regularly. In six years at the helm, Ford’s Billikens have gone dancing just once.

The two previous coaches at VCU have brought the program to a steady spot among the top of the A10. They went dancing in seven consecutive seasons. Rhoades has maintained part of this success, which he deserves credit for. However, the Commodores’ expectations have dropped a bit since his arrival.

After vast success at Dayton, Miller took a higher opportunity at Indiana, where he was eventually in over his head. Nonetheless, he is a well-respected coach and clearly can win at the A10 level. Miller’s career coaching record stands strong at 206-121 (.630) as he enters his stint at URI.

Martin put together consistent tournament teams at Kansas State, winning almost 70% of his games there. Like Miller, Martin then took a better job, but was able to last quite a long time at South Carolina. In ten years there, his Gamecocks only saw the tournament once but they made the most of it, making it out of their region to a Final Four. Although, South Carolina was eventually tired of being stuck in mediocrity, this is a home run hire for UMass.

The Ramblers were built by Porter Moser and their March magic in the recent years. With no head coaching experience though, Valentine ran back the Missouri Valley Conference title in year one. If he can continue to put together auto-bid level teams in the A10, he can easily make his way to the top.

At a school with a major competitive disadvantage, Schmidt has maximized his output in Olean. Under his guidance, the Bonnies will always be in the mix and go dancing every few years. On the contrary, before the Schmidt era, the program had been to just one tournament since the 1970’s. In the processor putting Bonaventure on the map, he has built a small but passionate, tight-knit community.

Similar to Schmidt, McKillop has spent the entirety of his long career at a small, private school and built the program to new heights. McKillop has supervised Davidson’s transition from an independent school to the Big South to the Southern Conference to eventually the Atlantic 10. (Let’s give Steph Curry a much deserved assist for that too.) From a pure schematic standpoint, McKillop is among the smartest minds in the entire game.

Grant is another guy that could not sustain a full career at the power conference level but has been elite in the A10. 2019-20, more commonly known as the “Obi Toppin year,” saw the Flyers reaching the top of the polls. Perhaps even more importantly, Grant has built Dayton into a program that is recognized nationally.