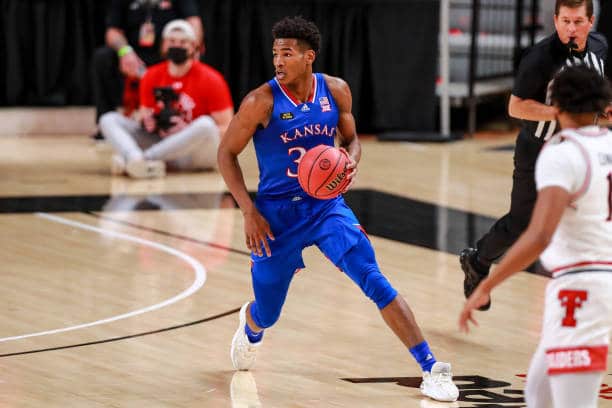 Teams looking for polished pieces in the 2022 NBA Draft should look nowhere else than these guys.

A one-dimensional big, Williams will get some looks based solely on his rough style of play. The former Purdue big man is a go-getter on the glass and turned into a solid passer from his position. NBA teams won’t look to Williams for his scoring, but as a role player off the bench.

A typical stretch four power forward, Manek brings heart, hustle, and three-point shooting to the court. While it’d be a surprise if he gets drafted, Manek’s ability to shoot the three as a hefty 6’9″ guy is bound to help him get a call after the two rounds are over.

Tyrese Martin started playing some of his best basketball at the end of the season, notching three massive double-doubles over the last two months and capitalizing on his three-point attempts. Martin’s biggest calling card in the NBA is being a shooting guard or undersized small forward who can really crash the glass. Martin’s ability to hit from outside makes him a coveted prospect in undrafted free agent signings after the 2022 NBA Draft.

Another 6’6″ wing, Rhoden’s stock took off as much as any senior in the 2022 NBA Draft. One of the most muscular players in this class, Rhoden showed at Seton Hall that he could keep the mid-range game alive, which with the right NBA team, could work out. In fact, Rhoden played so well at the G League Elite Camp, he got called up to the NBA Draft combine, where he was able to get some extra looks by teams looking for a potential steal in the late rounds.

Breaking: NBA G League has announced the following players have been called up to compete at the NBA Draft Combine.

Another Big East guy, Gillespie’s athleticism and metrics aren’t going to blow you away. However, as a Villanova guard, he’s got the tools to be a steady point guard who doesn’t turn the ball over and almost always makes the right plays (shocker, right?)

A 6’4″ guard, Brockington is a scorer by nature, which could either help or hurt him in the 2022 NBA Draft. At Iowa State, he averaged a career-high 16.9 points per game to go along with 6.8 rebounds. However, Brockington’s lack of efficiency from outside and unproven track record of setting up other players on offense could come back to bite him. Nonetheless, he’ll get drafted, it’s just a question of what pick and where. But if you’re looking for an athletic freak who just keeps getting better, Brockington is worth the selection.

One of the best stories in this draft, Williams started his collegiate basketball career in the NJCAA, before earning a scholarship at Oklahoma and last year, becoming Wake Forest’s best player. Williams has even less of an outside shot than Brockington but does show a much better ability to run the point. At 6’5″, Williams also has the perfect size for a point guard in the Association. If he can figure out his jumper, the Wake Forest product has a chance to be a steal in the second round of the 2022 NBA Draft.

The only player in this year’s draft that will likely be overshadowed by his former NBA star of a dad, Harper Jr. got the good genes from Ron Sr. The 6’6″, 245 lb. beast of a wing brings a little bit of everything to the court. Putting Rutgers on the map is alone impressive, but Harper Jr.’s game seems to fit the NBA mold. He’s a versatile player that can knock down shots and be available in the paint.

Another 6’6″ senior – what’s up with that by the way – Ellis brings much more athleticism and potential to the floor. He can rebound, hit the three, and defend at a high level. Like Harper Jr., I fully expect Ellis to be drafted somewhere in the early second round.

Agbaji had 23 on just 13 shots in this Sunflower Showdown game from February. Really showed off his 3-level scoring ability. #NBADraft pic.twitter.com/PdWiPniKv4

Ochai Agbaji won’t just be drafted; he has the potential to get picked in the lottery. It’s not that the 2022 NBA Draft isn’t deep. Agbaji just turned into such a scoring beast at Kansas, that you know what you’d be getting by taking him in the draft. Agbaji can drive the paint, knock down the three-ball, and defend. He’s the closest thing you’ll get to being the basketball version of a five-tool player out of this senior class.