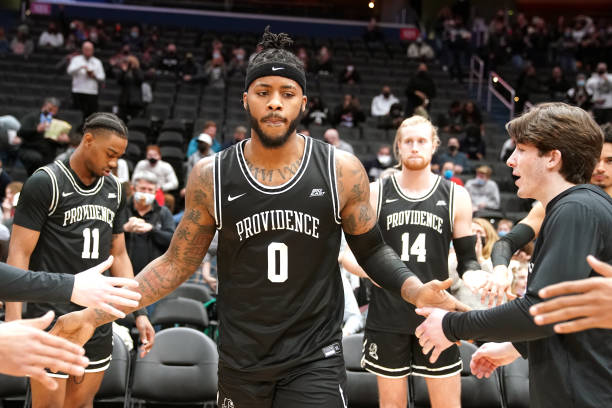 The Big East rarely fails to disappoint and this season it has risen to the challenge. Now into February, here’s where the conference stands.

Despite my reservations to name Providence as the best team in the Big East – I still have Villanova as the predicted automatic qualifier in my latest Matty Brackets – I can’t argue that the Friars are playing like the top team in the conference.

There’s not a team in college basketball that’s being more underrated by the AP Poll than Providence. But, when you’ve yet to play Villanova once, and two of your best wins come against far-less-than-healthy UConn and Seton Hall teams, those doubts have merit.

To that point, 21-2 is a ridiculous start and the Big East is arguably a top-four conference. The Friars have also won seven straight. They deserve a tier all to their own.

It seems almost illegal to put the Wildcats anywhere below number one, but that’s how well the Friars have been playing. Jay Wright’s squad has also had some brief struggles, but as of late have been playing more up to the standard of Villanova basketball.

Nova’s won five of six with that lone loss on the road against a talented Marquette Golden Eagles team (SPOILER) also in this tier.

Villanova ends the regular-season slate against some of the Big East’s best. Two games against the Friars, and one each against Connecticut and Seton Hall should test the ‘Cats even more.

Why are the sixth-place Pirates in third, Mat? Bias, much?

No, it’s because being brutally honest, the next few teams in this tier have been so up and down and the Pirates are the only team with a winning streak.

Kevin Willard’s bunch has now won three straight games against Georgetown, Creighton, and Xavier. Up next is a date with rival Villanova at the Wells Fargo Center on Saturday afternoon.

It hasn’t been an easy road, but right now, Seton Hall is playing like the NCAA Tournament contender we saw back in November – and doing so without Bryce Aiken. Things are moving forward in South Orange, NJ.

The Huskies saved a brutal three-game losing streak by overcoming a hot Marquette Golden Eagles team at home. Now, UConn sits at 16-6 (7-4) and in an awesome position for a nice seed on Selection Sunday.

But we can’t ignore the two losses before – to a Creighton team on the bubble and a not-particularly close contest against Villanova. As far as power rankings go, that’s not the best selling point.

But Connecticut has already done so much this regular season for that to really knock them off the top. A Friday night must-watch against Xavier can certainly propel the Huskies into third – unless Seton Hall can take down Villanova of course.

Shaka Smart would be the choice for Big East Coach of the Year in any other year. Unfortunately for him, Ed Cooley has that all but wrapped up.

How is that even real?

But that’s what Marquette was given, and unfortunately, losing two of three games is a skid, no matter how you look at it. And like I said before, Seton Hall, UConn, and Marquette could very well be tied for the same spot. Take it with a grain of salt.

Oh, and Marquette is in place to win their next six games, so they can skyrocket just at the right time.

Tier 3 – Teams that need a push toward March

Creighton is so close to being in tier two but it lacks a few more impressive wins that Seton Hall, UConn, and Marquette all own. Outside of a few Big East wins over Villanova, Marquette, and UConn, the Bluejays’ best non-conference victory came on a neutral floor against BYU.

While it’s still an impressive resume, it brings the Jays down to a lower playing field to begin. Pair that with the fact that they’ve lost three of five and all of those by double-digit and it’s a Creighton team that has played better basketball earlier in the season.

Again, the Jays are still right here and won’t go anywhere anytime soon. They have what it takes to compete with the big boys in the Big East. But it isn’t consistent enough and win they fall – they fall hard.

It’s a massive game for Xavier at home in the Cintas Center against a Connecticut team also in need of a win.

Xavier has lost two in a row and four of their last six, hitting their biggest skid of the season. It wouldn’t be that bad – three of the losses came against Marquette, Providence, and Seton Hall, with the game against the Friars and Pirates both one-possession losses. But a four-point loss to DePaul makes that blemish a litter bigger.

Now the Musketeer, who have the Huskies twice in eight days, need to find a way to take the game that’s at home and hopefully use that to get back on track. If not, they could get stuck playing on the Wednesday of the Big East Tournament. No one wants that.

Why do I have St. John’s in this tier when they’re very far from the NCAA Tournament bubble? It’s because there’s still such a serious gap between them and the other three teams.

The Johnnies have at least been competitive against good teams – a win over Seton Hall, a two-point loss to Indiana, and a recent single-digit tough loss against Villanova. Plus, having a star like Julian Champagnie keeps the Red Storm in every game.

But in that same breath, their now-or-never speech needs to be delivered NOW. The seven teams above St. John’s have at least some cushion. The Johnnies need to go on a run instantly. It starts with UConn on Super Bowl Sunday.

I’m believing in Tony Stubblefield even if the results aren’t showing right away.

DePaul is 12-10 (3-9) and honestly, they’ve seen far worse days. Two straight at Xavier and versus Georgetown also make you think something is clicking.

Their tournament hopes are long over unless they can win their next eight to close out the season. It’s going to be a lot of ground to make up. But DePaul is showing signs that it can finally get out of that pit they’ve been in for so long in the Big East.

Butler might have one more Big East win than DePaul but the 11-13 overall record says more. The Bulldogs just haven’t been great this season and the lack of scoring has been atrocious to watch. Butler ranks 342nd out of 358 teams in points per game.

It’s also been three losses in a row for LaVall Jordan’s squad. And when three of their wins are against Georgetown and DePaul, it’s hard to place a lot of worth on this team being able to knock off any of the bigger players in the conference.

There’s bad, and then there’s Georgetown. The offseason must have wiped clean whatever Patrick Ewing had going on because the Hoyas have still not won a Big East game this season in 11 tries.

It’s funny though because I still see Georgetown as a tougher out than Butler and DePaul. Aminu Mohammed is a talented player and the Hoyas have enough talent to put the ball in the basket. It just hasn’t translated to the scoreboard.

A back-to-back against Creighton awaits so maybe the Hoyas can finally breakthrough.