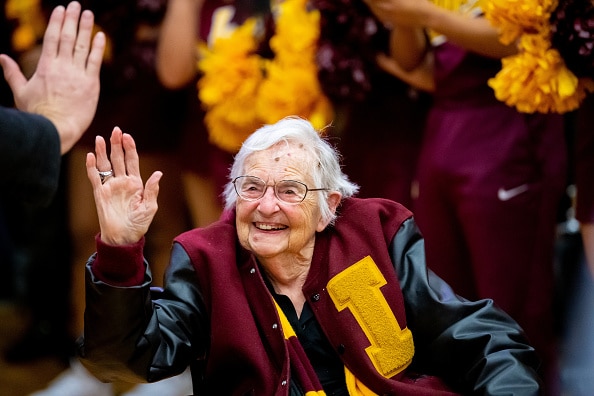 Loyola Chicago runs off San Francisco on a spontaneous matchup.

With everyone flocking to their computers, the West Coast Conference site crashed, leaving people scrambling to find a way to watch the Loyola Chicago Ramblers face off against the San Francisco Dons.

These two teams have some solid records, and both were looking to get a good non-conference win. The Ramblers entered at 9-2 while the Dons were 13-1.

At the half, San Francisco basketball led Loyola Chicago 39-38 in a great game as expected. The Ramblers picked up a nice 79-74 win over the Dons, outscoring San Francisco in the second half. Ryan Schwieger led Loyola Chicago with 24 points off the bench, Jacob Hutson had 13 points, and Aher Uguak added 10 points. Yauhen Massalski led the Dons with 20 points, Khalil Shabazz had 15 points, and Jamaree Bouyea closed the team’s double-digit scorers with 13 points.

Both of these teams had some excellent ball movement to open up their shooters. Loyola Chicago handed out 13 assists while San Francisco handed out 15 assists. These teams were moving the ball, probing the zone, finding cutters, and had a lot of success. Both teams shot over 50% from the field.

Takeaway #2 Loyola Chicago were the aggressors

Loyola Chicago showed up to the fight in a game that everyone had pegged as a battle. The Ramblers showed some grit as they dove after balls, came up with big steals for points, and went into the teeth of the Dons defense. The Ramblers had 21 free throw attempts, 13 more than the Dons. While San Francisco basketball battled back in the end when Loyola Chicago had its most significant lead of nine, the Dons cut the score to 77-74. Unfortunately, on a chance to tie, San Francisco fell short on a 3-pointer that led to the Ramblers scoring at the other end to close it out.

ONE. POSSESSION. GAME.@MeeksZane brings us within three👀

San Francisco basketball has solid players at all positions. The team runs a solid offense, moves the ball well, and doesn’t turn the ball over. The Dons, however, could not come up with some key stops against the Ramblers. San Francisco couldn’t get it done with some opportunities to hold them out. The Dons could have been more aggressive on the offense to get to the free-throw line more for the chance.

The biggest lead of the night!@RamblersMBB lead 75-66 with 6⃣ minutes remaining. pic.twitter.com/vtmV9zbDTx