No. 21 Kentucky Basketball Gets Signature Win Over UNC: Three Takeaways 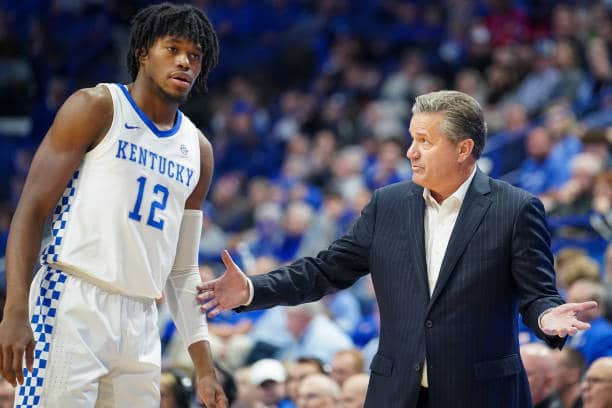 Kentucky basketball impressed in all areas in a dominating win over the North Carolina Tar Heels.

They sure got it. A week after a disappointing loss at Notre Dame, Kentucky basketball rolled to an impressive 98-69 thrashing of North Carolina in Las Vegas.

The performance came after a week of soul searching for themselves as well as for their state after a devastating tornado hit many communities. In fact, John Calipari and the Kentucky athletic department took part in a fundraiser telethon that has raised more than $4 million for relief.

That spirit and sense of community may have played a role in their effort, although the Cats almost didn’t play a game this weekend. Kentucky was slated to play Ohio State, but they had to do opt-out due to COVID issues with the Buckeyes. When UCLA suffered the same fate, the CBS Classic Organizers logically matched up the two of the three winningest programs in college basketball history.

That did not sit well with Wheeler. Calipari and the Kentucky basketball faithful had to love his response. The Georgia transfer took that personally and wanted to make amends. He did just that with this stat line – 26 points on 12-of-15 from the field, 8 assists, 4 steals, 3 rebounds, and only 2 turnovers.

Wheeler was not the only Cat with a big day as four of the five starters reached double figures and star freshman Ty Ty Washington chipped in with nine points. Kellan Grady sniped five three-pointers on his way to an 18-point outing.

Takeaway #2: Kentucky basketball thrived without Oscar on the floor

Yet, Kentucky led by as many as 18 points and took an 11-point cushion into intermission. That bodes well for the future as the Wildcats proved they could play well for extended minutes without the talented West Virginia transfer.

The Tar Heels’ resume was impressive coming into the game having beaten Michigan and only suffering losses to ranked squads Purdue and Tennessee. This was not one of UNC’s better efforts as they got outscored by 29, gave up two points shy of a 100, were outrebounded 44-26, and had a turnover to assist ratio of 12-9. Furthermore, UNC never made a run in the second half, surrendering 58 points in the second stanza.

This loss isn’t close to indicative of who North Carolina really is as a team. The game wasn’t even supposed to happen until the weekend rolled around, so give Hubert Davis’ squad credit for coming for the challenge. It’s going to be used as a building block for them.