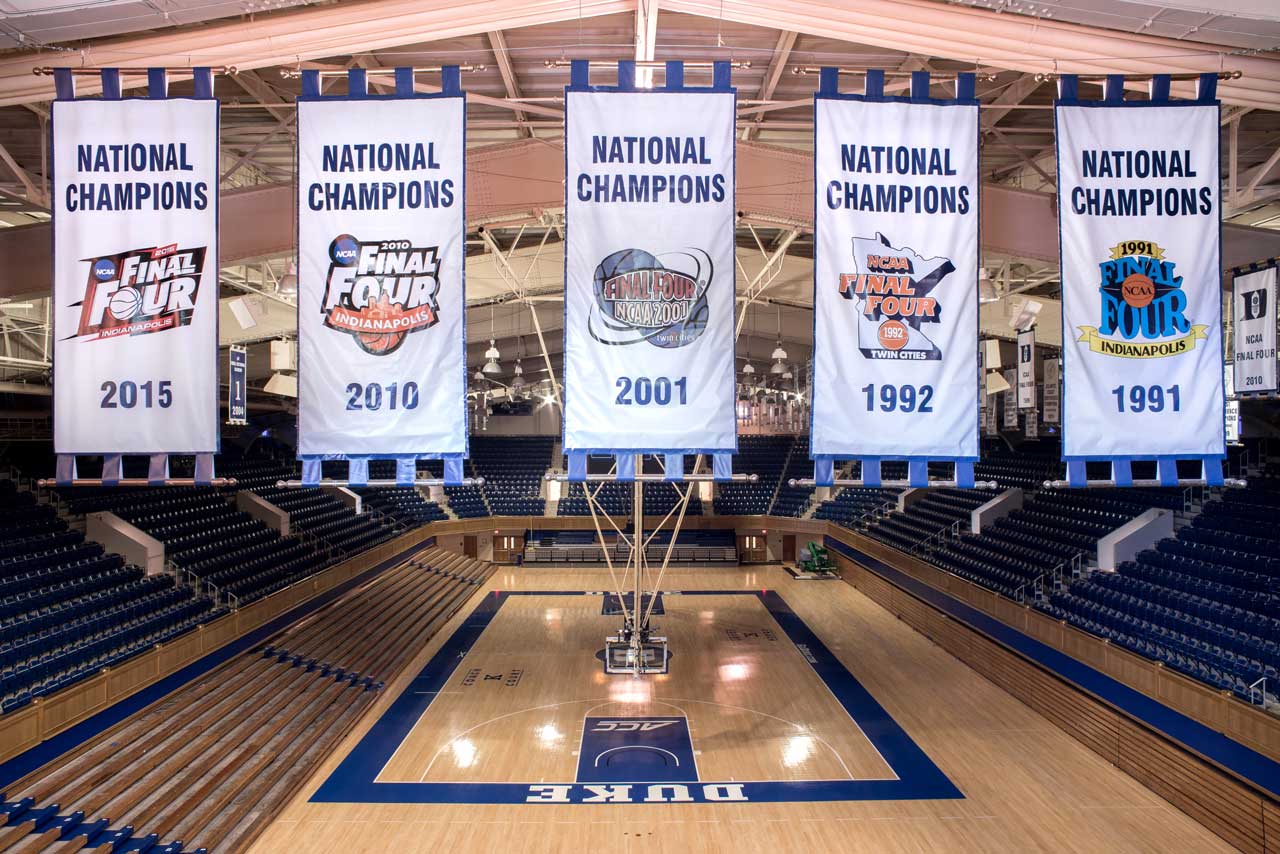 Duke basketball has had Some memorable wins under Coach K; let’s take a trip down memory lane.

With Coach K about to embark on his farewell tour, let’s reminisce and revel in some of the highlight wins of his illustrious Duke basketball career.

If you prefer to revel in some horrific Blue Devil losses, feel free to read the other article in this series.

However, if you are a college basketball fan whose daily mood revolves around success on the court in Durham, revel when UNC and Kentucky bow out of March Madness before you do, and refuse to believe what happened against UNLV in 1990 actually occurred, then this article is for you.

When you have collected 1097 wins, yes his third win this season will be the 1,100th of his illustrious career, it’s hard to narrow it down to only 10 but we tried. Enjoy the trip down memory lane…

Bonus Pick: I told you it was hard to keep this list at 10. The bonus pick will be the third win of the season, the 1,100th of his career. It should come before Thanksgiving though. It could be as early as November 13th against Clemson or perhaps in the fourth game against Gardner-Webb on November 16th, pending the Kentucky result on opening night.

Austin Rivers’ buzzer-beater lifted the Blue Devils to an improbable victory. UNC led by 10 with two minutes left. But, Rivers came to the rescue. His three-bomb was Duke’s 14th of the game. UNC made one.

Jay Williams spearheaded a furious Duke rally from down 10 with 54 seconds left to force overtime, where Duke prevailed. Williams had eight points in the final 54 seconds.

This win helped jump-start the Coach K era at Duke as the win clinched the ACC regular-season title of the Coach K era. This team would also reach the first Final Four for Coach K, where they fell to Louisville in the championship game.

The Blue Devils survived a Gordon Hayward half-court heave to claim the school’s fourth national championship with a 35-5 record. Kyle Singer led the way with 19 points and eight rebounds for a Duke basketball squad that did not have an NBA All-Star on its roster but embodied the essence of very good players and great chemistry.

Shane Battier, Mike Dunleavy, Jr. and Jason Williams proved to be too much as Duke held off a few Arizona runs to take home Coach K’s third national title.

Duke advanced to the ACC final over a Tar Heel squad that featured Michael Jordan, Sam Perkins, and Kenny Smith, all future NBA stars. Jay Bilas and Johnny Dawkins helped the Blue Devils to the win.

Led by Christain Laettner’s 19 points, the Blue Devils outscored Michigan 41-20 in the second half to pull away for their second consecutive national championship win.

This was no April Fool’s Joke – Duke won a game in April for the first time and it was Coach K’s first national title.

If you are a college basketball enthusiast and over the age of 40, you remember where you were when Duke basketball needed Christian Laettner to be perfect (as was Grant Hill’s pass) and the rest is history. He was and that includes one of the most memorable buzzer beaters in NCAA Tournament history (maybe only surpassed recently by Villanova’s Kris Jenkins).

No one gave Duke a chance outside of the Blue Devil locker room and its most ardent fans in Durham. UNLV led by 5 with less than two minutes left. Duke rallied on a Bobby Hurley three-pointer, Thomas Hill basket, and a pair of Christian Laettner free throws. Freshman Grant Hill was huge all game and UNLV’s 45-game winning streak and dreams of a perfect season and back-to-back national titles was lost.