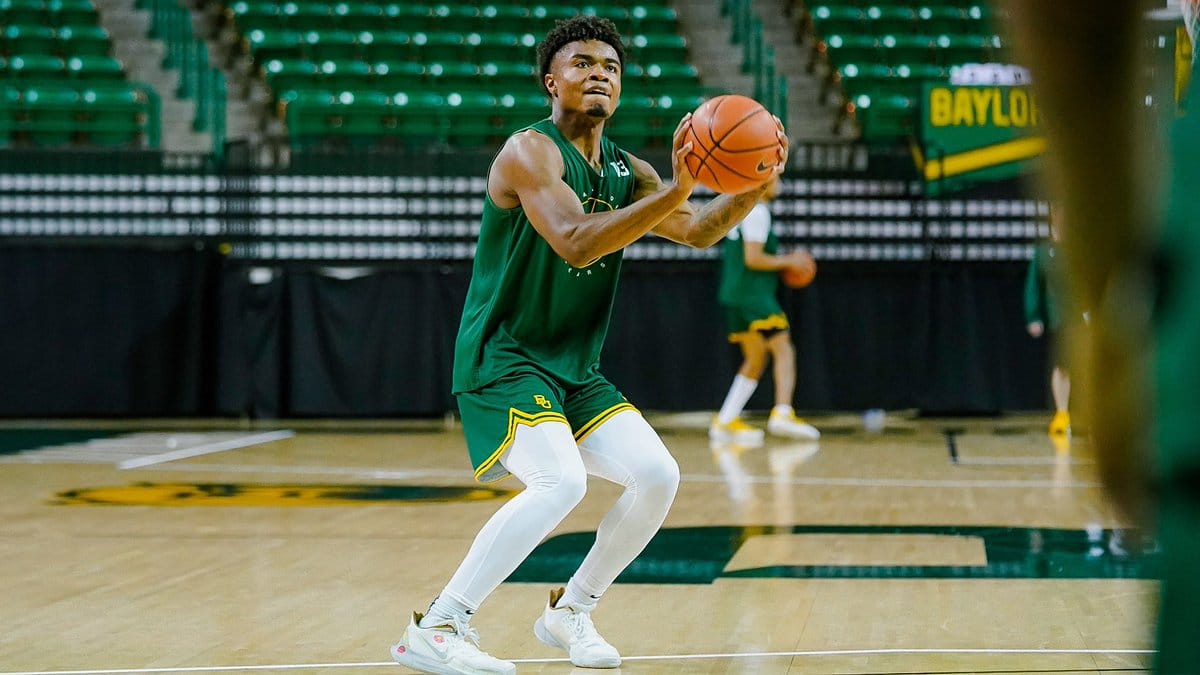 Baylor basketball will be without its star freshman, Langston Love, for the season.

Incoming Baylor basketball freshman guard Langston Love will miss the 2021-22 season, due to a torn ACL in the Bears’ scrimmage against Texas A&M on Saturday.

Love is a top 40 recruit, according to 247Sports, and was set to see playing time for the Bears this upcoming year. Love attended Montverde Academy and led them to a 24-1 record and MaxPreps National Championship in 2021.

After being loaded with guard depth in 2020-21, that now comes into question with Love out for the season.

Adam Flagler, L.J. Cryer and James Akinjo are talented players that are getting significantly more minutes, but that could be all the Bears will have to offer as true guards. Matthew Mayer might have to play a significant amount of wing, but that was an expected role, due to his three-point threat and athletic traits.

The unknown will be whether Fairmont State transfer guard Dale Bonner will be eligible, or if he will take a redshirt. This past year, Bonner averaged 21.1 points, 4.5 assists and 4.2 rebounds while shooting 43.7% from beyond the arc.

Love will sit out this year and should be ready for the 2022-23 season. It certainly puts a winkle in Scott Drew’s lineup, but Baylor basketball is still primed to have a highly competitive team.