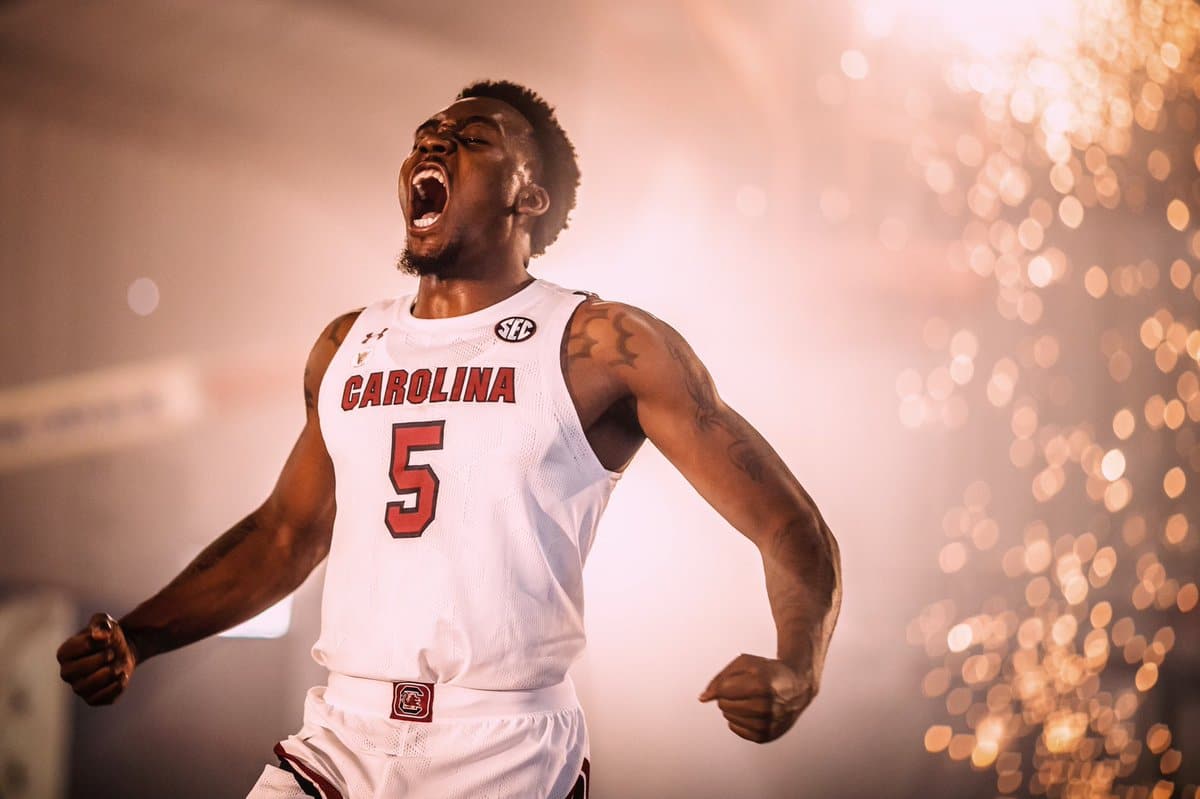 South Carolina basketball and Frank Martin built a loaded non-conference slate as the Gamecocks look to challenge themselves early on before SEC play.

In what should be South Carolina’s first real test of the season, they visit a sneaky good Coastal squad led by guard Deanthony Tipler. After finishing last season with momentum, reaching the finals of the CBI, the Chanticleers match up well with the Gamecocks squad. Look for big man Essam Mostafa to battle with Wildens Leveque in what should be a close matchup

UAB returns their top three leading scorers from last year, led by senior guard Michael Ertel. Following last year in which they finished with the highest winning percentage in the C-USA, the Dragons should be heavy favorites to win the conference. UAB’s veteran presence could very well beat the Gamecocks, especially given the amount of roster turnover for South Carolina basketball and their recent early-season struggles.

Georgetown hoops might not be heading in the best direction under Patrick Ewing, even after a Big East Tournament Championship last season. However, this could easily be a trap game for the ‘Cocks.

With a meeting against Florida State the next week and fresh off the heels of traveling to Conway to take on the Chanticleers, the Hoyas could very well get a win in Columbia. However, after losing their top four leading scorers, even a top 20 incoming recruiting class won’t be likely to lead them to victory in what could be a rebuilding year in D.C.

The annual meeting between the two rivals didn’t happen last year, and this year pits two teams against each other with lower expectations compared to recent years. Clemson returns three of its top five leading scorers from a tournament team last year. The Tigers do lose versatile Aamir Simms, who led the team in points, rebounds and assists last season.

Picked to finish 11th in the ACC preseason poll, Clemson’s frontcourt could get picked apart by Keyshawn Bryant in their first meeting with South Carolina basketball in two years.

Tickets are on sale at Noon ET today for the @NRFRClassic and our Dec. 12 matchup vs. Florida State!!

Leonard Hamilton’s squad reloads again and should feast on Carolina’s relatively inexperienced frontcourt. Led by Houston transfer Caleb Mills and lengthy guard Anthony Polite, this matchup in Greenville could mean big things ahead for the Gamecocks with a win. However, the Seminoles should have plenty enough talent to pull away early and hand South Carolina basketball a loss.