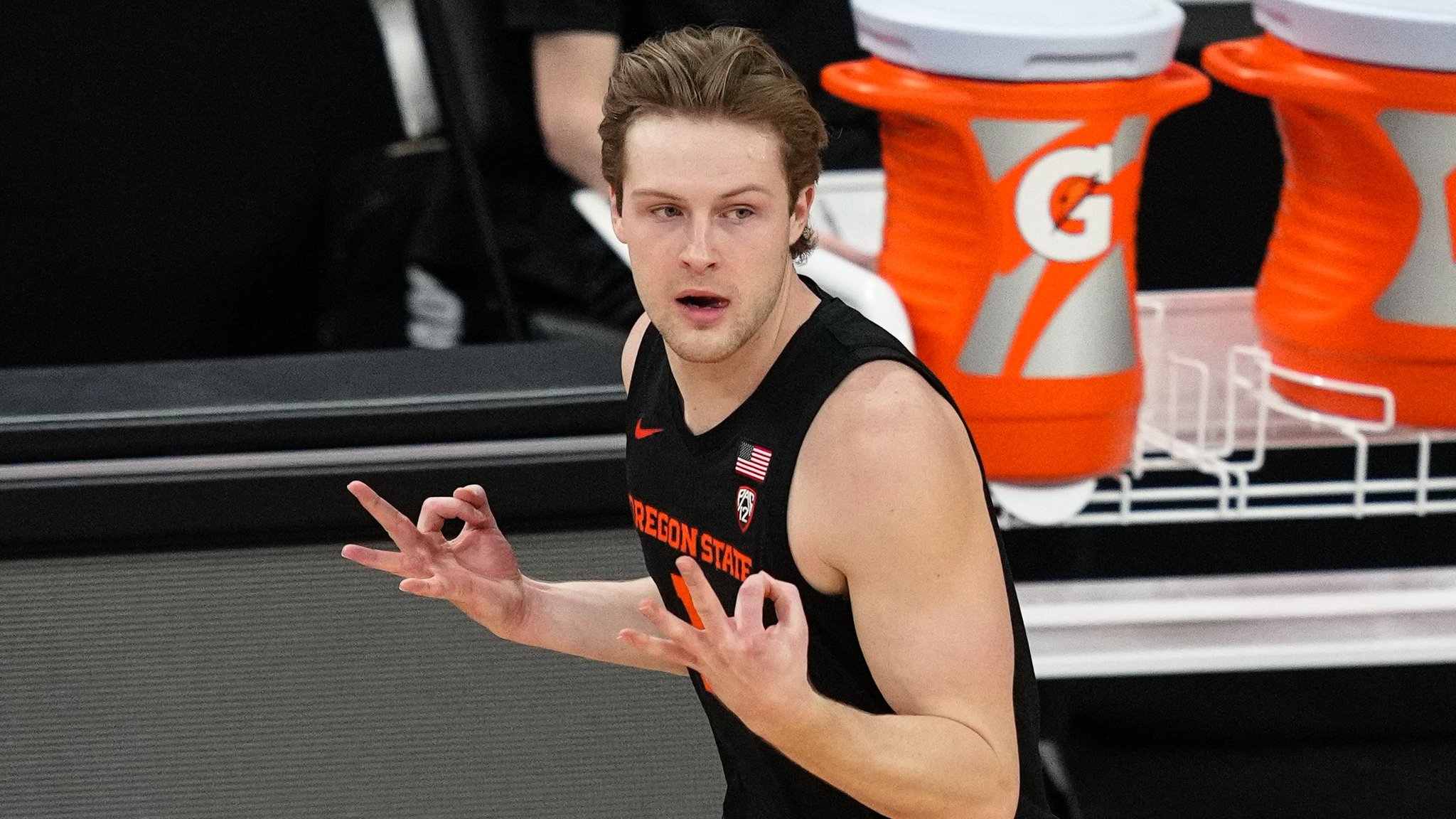 Oregon State is going dancing with their win over Colorado in the Pac-12 tournament final.

Oregon State continued its improbable run by knocking off third seeded Colorado 70-68 to claim the automatic bid from the Pac-12. The Beavers have won their first Pac-12 conference tournament in school history, and will be making their first NCAA tournament appearance since 2016. Oregon State was led by Maurice Calloo and Jarod Lucas, who scored 15 points and 14 points respectively. Colorado’s season will continue as they should receive an At-Large bid to the NCAA tournament. The Buffaloes were led by McKinley Wright IV who scored 18 points and Evan Battey who had 16 points and eight rebounds.

At the beginning of the year, no one could have predicted Oregon State would win the Pac-12 tournament. They were projected to finish last in the Pac-12, but exceeded those expectation by beating the top teams in the conference on their way to winning the Pac-12 championship. The momentum they have built over their win streak has proven them to be no fluke. Oregon State was able to take advantage of the flaws displayed by the top teams in the conference, and they could win a game or two in the tournament. While they are ranked 101st by the NET rankings, 84th by KenPom, 65th in adjusted offensive efficiency, and 116th in defensive efficiency, the Beavers DO NOT CARE ABOUT THE DATA. Their three-game win streak was incredible to watch and makes everyone remember anything can happen in March. Ethan Thompson and Lucas can lead the Beavers to their first NCAA tournament win since 1982.

2) Colorado Struggled from the line, Horne was irrelevant

The best free throw shooting team in the country is the Colorado Buffaloes, shooting 83.05%. Tonight, Colorado missed eight free throws and had their worst game from the free throw line all season. Their inability to knock down free throws was costly in the biggest game of the year. It was shocking to see players who normally shoot 80% or higher from the free throw line miss on multiple occasions. Colorado had a bad night at the free throw line, but a similar performance in the tournament could lead them to an early exit. More importantly, Jeriah Horne had a night to forget scoring only six point and missing all five three-point attempts. This comes after Horne had 19 points and knocked down four threes for to help the Buffaloes advance to the championship. Colorado will need stronger contribution from Horne in the tournament to help Wright IV and Battey.

The teams sitting on the bubble are watching their chances at an At-Large bid slip away after Oregon State secured the Pac-12’s automatic bid. Wichita State was the victim of Oregon State’s win over Colorado, and they are now on the wrong side of the bubble. The Shockers lost to Cincinnati in the semifinals of the AAC conference tournament, which significantly hurt their chances to get an At-Large bid. Wichita State’s resume might not be strong enough for the committee to give them a bid. Sunday will be a long day for Shocker fans and might end up with disappointment.