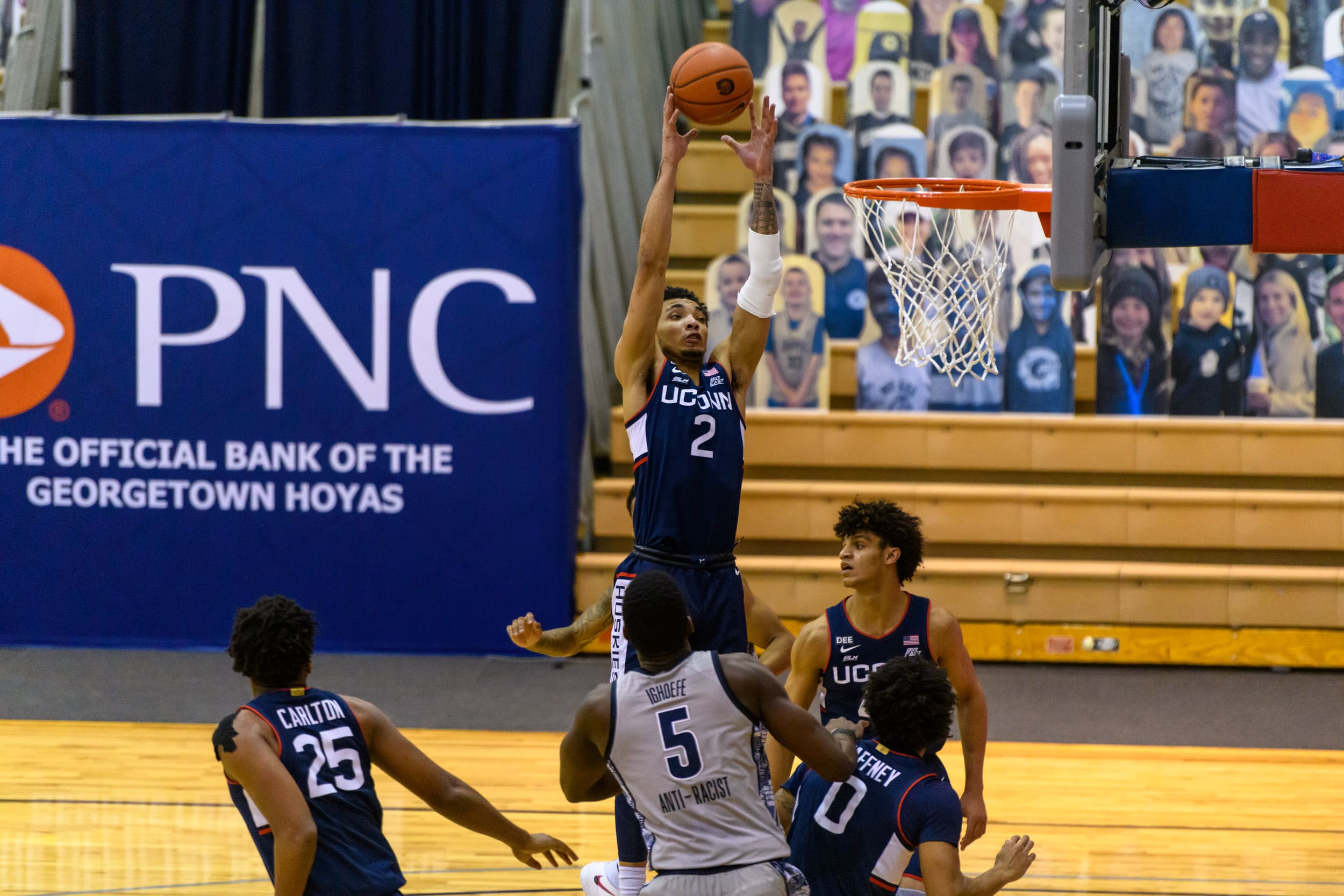 The last time UConn Basketball beat Georgetown on the road was January 8, 2005. Until Tuesday night. RJ Cole channeled his mini-James Harden, and James Bouknight was, well, James Bouknight, and that duo led the Huskies to a 70-57 win over the Hoyas. UConn’s defense was stellar throughout as they held Georgetown to 35 percent shooting from the field and allowed only four Hoya three-pointers.

A gritty second half effort led by RJ Cole and James Bouknight bring us back home with a W!#ThisIsUConn | #PullTheSled pic.twitter.com/7J7rNTdzjK

In a game that saw 17 straight scores that either tied the game or saw the lead change hands, it was the dynamic duo of Bouknight and Cole that won out for the Huskies. They scored 14 points each in the second half, including a combined 10 points in a key stretch that saw UConn basketball turn a 45-44 lead into a 64-50 lead on a Bouknight three-point dagger. Bouknight finished with a double-double of 20 points and 10 rebounds. Cole wound up with 17 points and seven assists.

With UConn squarely on the Bubble, this was as close to a must-win game for the Huskies as you can have in late February. The win improved UConn to 11-6 and 8-6 in the Big East. They now sit in fourth place in the standings. However, they are 7-2 in games Bouknight has been in uniform, with an impressive win over Pac-12 leader USC. The Huskies face Marquette, Seton Hall, and a rematch with Georgetown to close out the regular season.

A year after several defections, it was understandable that Patrick Ewing’s squad got off to a slow start. Ewing has Georgetown playing its best basketball of the year. They had won their last two games and were 4-2 coming off a pause in their last six, including wins over Creighton and Seton Hall. Qudas Wahab had a career-high 18 points and 10 rebounds for the Hoyas, who will be a tough out at Madison Square Garden in the Big East Tournament.