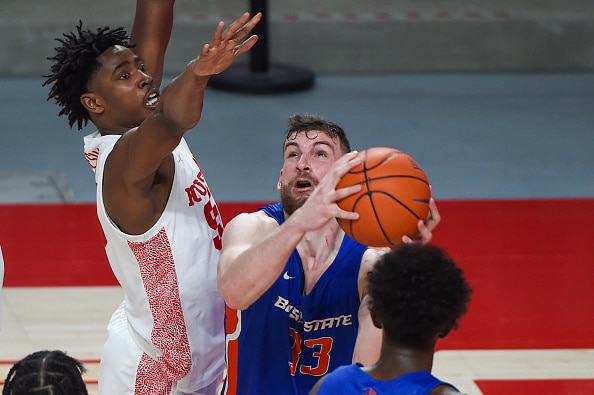 Marcus Shaver Jr. led the way for the Broncos finishing with 21 points and shooting 8-of-13 from the field. Abu Kigab added 17 points and seven rebounds, while Devonaire Doutrive and Mladen Armus finished with 13 and 12 respectively. Boise State shot 52.7% from the field and 42.9% from 3-point range.

Colorado State was led by 24 points from Adam Thistlewood. Isaiah Stevens added 17 points and David Roddy finished with 16. The Rams shot 50% from the field but their 18 turnovers proved to be too much to overcome.

1) The Mountain West is a Multi-bid League

Unless something drastic happens with the remainder of the season, the Mountain West should get at minimum two teams into the NCAA tournament. Boise State, Colorado State, San Diego State, and Utah State are all good enough to make the tournament and even potentially make a run to the Sweet 16. Boise State is in the driver’s seat as they lead the conference but match-ups with Utah State and San Diego State are still awaiting them on their schedule. Colorado State has managed to split the series with all three and San Diego State has non-conference wins over UCLA, Arizona State, and Saint Mary’s. The Mountain West tournament will be exciting to watch especially if these four can reach the semifinals.

The combination of Isaiah Stevens and Kendle Moore can be lethal. In all of Colorado State’s big wins this season, both Moore and Stevens have scored in double figures and have combined for at least 10 assists. Both can get to the basket, knock down shots, and play tough on defense. If either of them is able to get out in the open court, they are near unstoppable. Combing them with David Roddy down low and Thistlewood when he is getting open and knocking down shots and they become even more dangerous.

Boise State started the season with a ten-point loss at Houston. They then went on to win 13 straight games before falling at Colorado State. In that 13 game stretch, however, only one win came against a team ranked higher than 180 at KenPom, and that was a four point victory on the road at BYU. Boise State has the talent and now with a second quad one win in the NET Boise State is building a solid resume. The Broncos have an explosive offense and are solid on the defensive end. Derrick Alston is an NBA prospect that leads the team in scoring. The Broncos have four players averaging at least 10 points per game and seven players who average at least seven points per game. This Boise State team will be a tough matchup for anyone if they make the NCAA tournament.