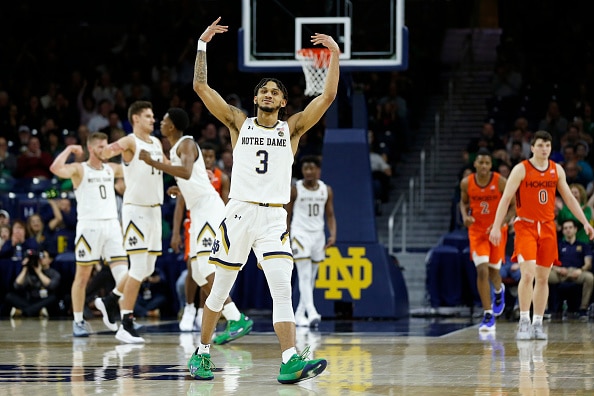 Nick Musial has his best college basketball betting take of the week and it comes in the ACC.

(All odds as of Sunday morning via VegasInsider.com)

The Hokies’ most utilized player is 6-foot-9 center Keve Aluma, and Aluma figures to be matched up against 6-foot-11 center Juwan Durham. If Durham can neutralize Aluma, the Virginia Tech backcourt play will decide this game. Notre Dame’s backcourt does have the ability to outplay Virginia Tech’s as well. The Irish can shoot the rock, as they rank 20th in three-point percentage–connecting on 38 percent of their three-point shots (per KenPom.) This game will be played primarily in the half-court, and with fewer possessions, it’s tough to build a big lead. The Irish can hit enough shots to stay in this one.