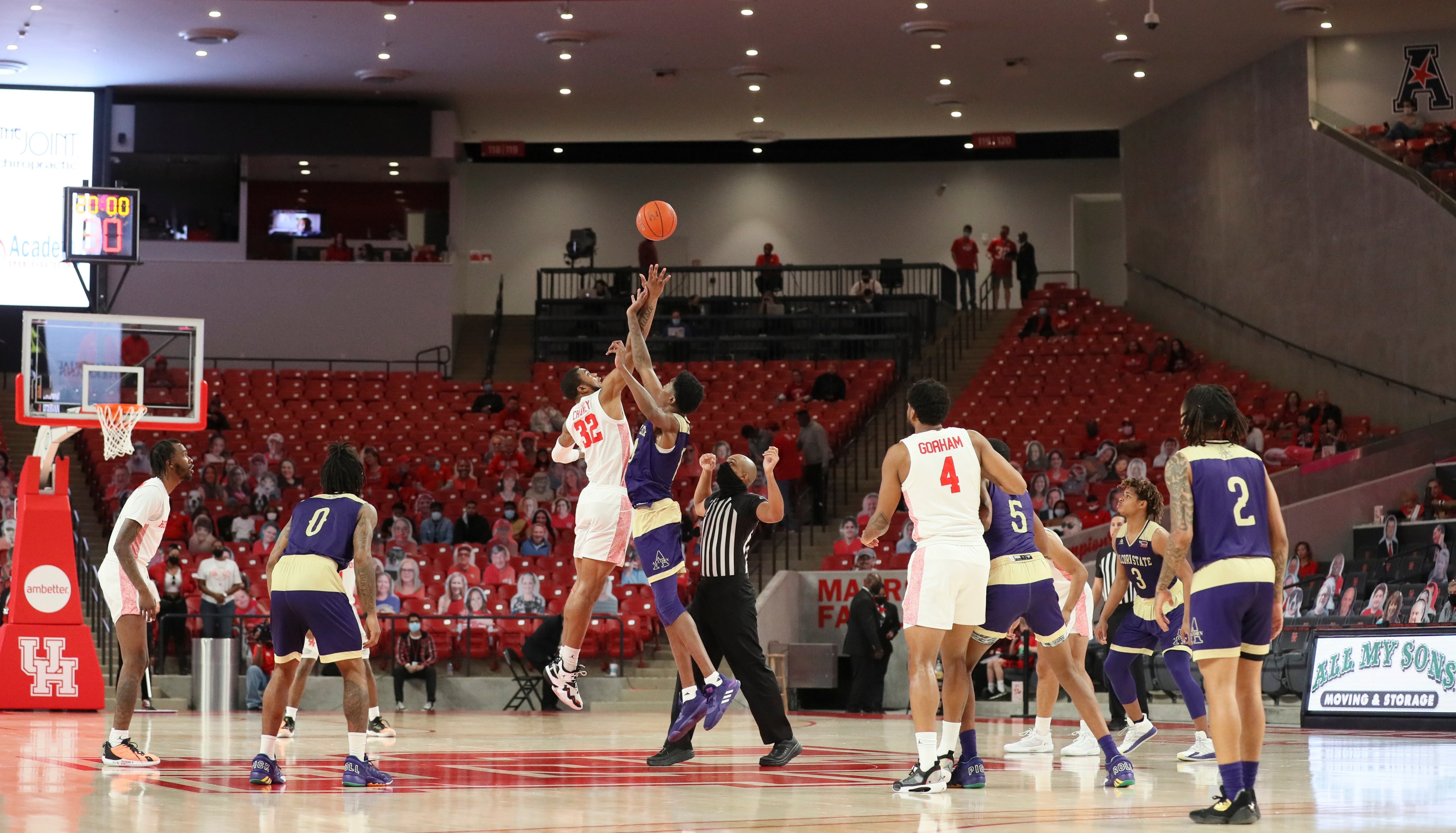 The American Athletic Conference has a few teams in the national eye. These games wil be must watches.

While the American Athletic Conference men’s basketball will have many eyes following Houston, all of their games have importance as they will likely have to battle everyone to remain ranked. It will really be the battle at the top of the conference that everyone will be watching, then all the Memphis’ talent and seeing how Penny Hardaway will mold his players and the stars of Moussa Cisse, Landers Nolley, DeAndre Williams, Boogie Ellis, and DJ Jeffries.

The first one that will have a lot of eyes on it is the Houston at UCF. This game on December 26th will be exciting as they disrupted the rankings last year, being one of the Cougars’ losses. UCF has only played 3 games, and the Knights basketball team was able to beat an Auburn team that defeated Memphis. The team lost to a deep Michigan team. Most recently, UCF was able to take down ranked FSU. This team will be the first to get a crack at Houston’s ranking, and Coach Johnny Dawkins will want it.

The next game to watch is on December 29. USF at Memphis, Penny has all the talent, but this USF team is being slept on, and I think that they could easily be a hot game between the two teams. This will be a game of attrition, and USF loves to slow the game down has a mature team and talent. The Tigers men’s basketball team is full of talent but continues to play inconsistently. The USF Bulls men’s basketball team could take advantage of the young talent and the newcomers. The maturity that the Bulls have could be an asset that makes this team very scary. This Bulls’ team loves to slow down the game and keep it low scoring, which is something that Memphis could very easily end up being baited into playing.

The next game is January 2nd as UCF Knight takes on USF. This rivalry game is always intense, and you never know what can happen. While USF men’s basketball did not lose many players from last year, the team is older this year and has some great additions. This game should be a battle as they continue to fight over their state. These two teams know each other well and have had some tough battles. UCF has the edge this year, but USF can easily keep them in check with the play’s slow pace that the Bulls are known for.

The fourth game will be on January 5th. This game is Memphis at UCF, I am expecting UCF to really try to run for the top spot, and I think that all the talent of Memphis and all the talent of UCF this should be an explosion of a game. I would expect a game similar to what happened to FSU, and with the experience of UCF and cohesion that Dawkins is known for, this game could be interesting.

The last game to watch is Houston at SMU on January 3rd. SMU has continued to defend its home court and has all the talent. If they get hot, this could ruin Houston’s chance at remaining ranked. SMU was one of the few conference losses that Houston suffered last year, and it was in an amazing overtime game towards the end of the season.