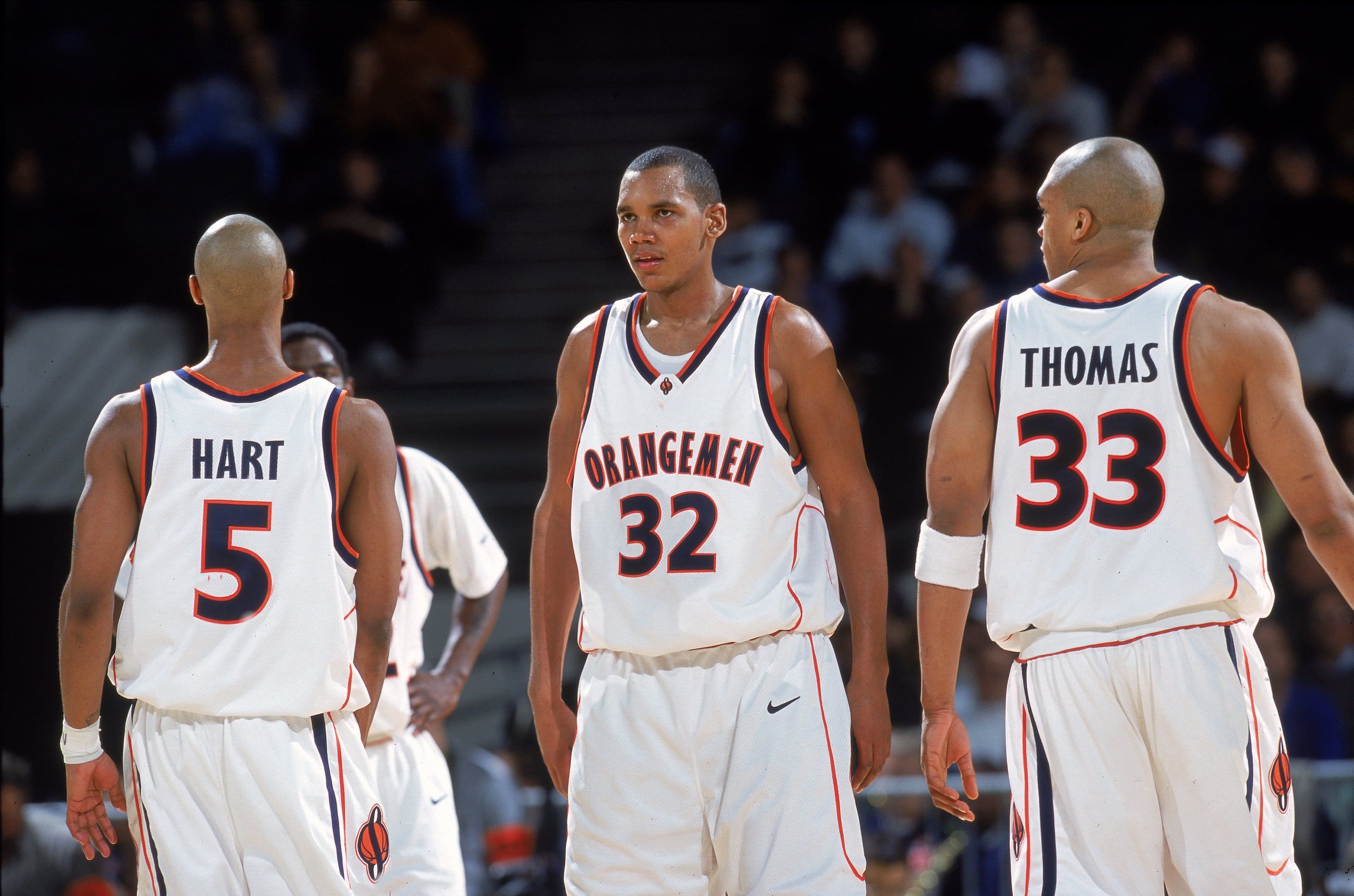 Ryan Blackwell will forever live in the hearts of Syracuse basketball fans after his game-winning shot against St. John’s in the Big East Tournament. Now, Blackwell uses his knowledge of the game as one of the top coaches in Central New York.

That shot is about as iconic as it gets. Blackwell puts Syracuse basketball into the Big East Championship Game, cementing his legacy with the Orange.

Blackwell played three years with the SU basketball program after transferring out of Illinois. His points and rebounds per game actually decreased each year, but his assists per game increased, and he was counted on in all three years as a key scorer on some really good ‘Cuse hoops teams. A double-digit scorer each of those years, Blackwell’s presence as a scorer, rebounder, and good passer from his position, on top of his defensive skillsets, made him quite the all-around player.

Two Sweet 16 appearances in three years allowed for Blackwell to experience high-pressure basketball, while competing in the Big East at the height of its’ existence.

Blackwell’s relationship with head coach Jim Boeheim may have also been a key part of the Orange’s success, as their respect for one another gave him the glue guy mentality that every winning team needs to have.

“I was always the captain. And I think I guess coach looked at me as a leader, I guess I saw myself as kind of a leader,” said Blackwell, who went on to tell me that he never actually did see himself as a coach.

But that all changed in 2012 when Blackwell became the head coach at Osaka Evessa, sparking his international coaching career. A few more years and another international stop elsewhere, and Blackwell was back in central New York, this time as the head coach of Liverpool High School. One year later, in 2016, Blackwell was named the coach of Boeheim’s Army, a Syracuse alumni squad that competes in the annual summer event known affectionately as ‘The Basketball Tournament’.

Blackwell laughed about the differences between both teams, saying, “We’ve got to deal with parents at the high school level and that’s not an easy thing. And you’re dealing with kids that are just young and emotional.”

In the opposite way are his coaching duties for Boeheim’s Army, where he’s more so there to help with situational basketball and be a leader of 10-12 former collegiate and professional basketball players themselves.

But Blackwell said he wouldn’t trade either job in for anything, saying, “The skill level is different. The mentality is different. But at the end of the day, I’m still trying to coach basketball, which I really, truly love.”

I’d be remiss to ignore Blackwell’s achievements as a coach. Boeheim’s Army has been a yearly contender and at Liverpool, Blackwell led the Warriors to a 26-1 record in 2019. That won him New York State Coach of the Year by USA Today High School Sports.

Blackwell said his coaching at Liverpool goes deeper than just basketball, where he is also a teacher. “I enjoy being around them and trying to mold them even off the court in life and try to give them certain things that I hope they can take with them,” said Blackwell.

Of course, COVID will have an impact on the season ahead, but if all goes well, LHS should be at the top of everyone’s radar as long as Blackwell is the head coach.

Featured image from Inside the Loud House