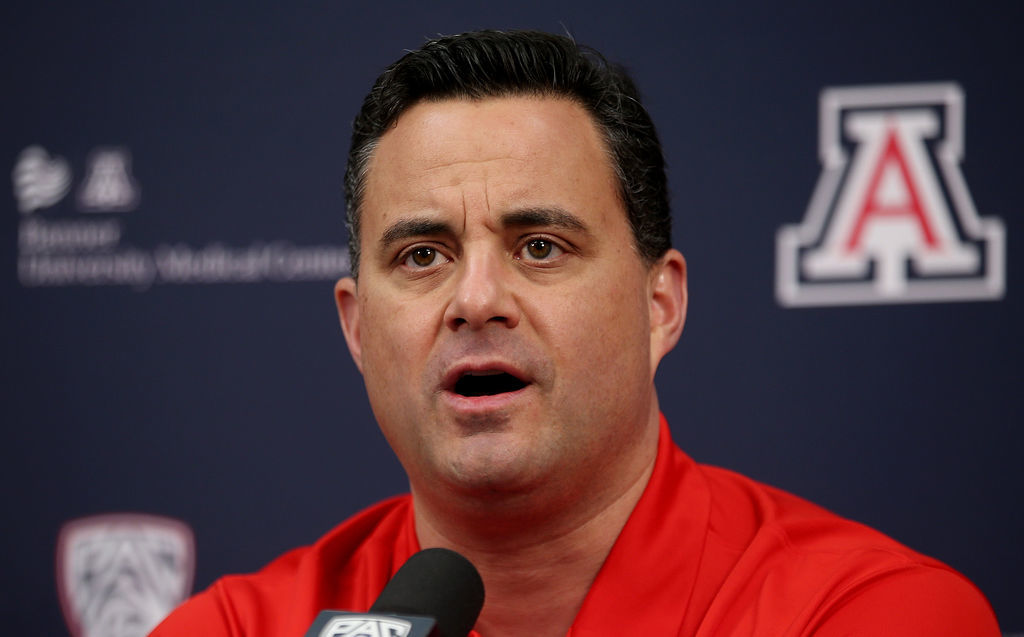 After years of getting highly talented one and done’s, Arizona basketball head coach Sean Miller decided to take a different route in his recruiting approach for 2020.

In the past, Miller has landed highly rated players including Aaron Gordon, Deandre Ayton, Stanley Johnson, Nico Mannion, and the list goes on. Unfortunately, the talented rosters Miller has put together over the years haven’t been enough for Arizona basketball to reach the final four. He has provided Arizona a competitive team year in and year out, but failed to live up to his teams’ expectations.

This creates the question whether Miller is a recruiter or a coach. Miller has taken a lot of heat recently for his alleged involvement in the college basketball recruiting scandal and Arizona fans are tired seasons ending in disappointment. Should Miller continue to be the coach of Arizona or is it time for a change.

The answer is: MILLER SHOULD ABSOLUTELY BE THE HEAD COACH.

Let’s talk about what he just did with the 2020 recruiting class. In March, Arizona’s top six scorers either graduated or declared for the NBA draft. The recruiting class was weak having only one top 50 player and ranking eighth in the Pac-12.

Over the span of two months, Miller has moved Arizona into the spot recruiting class of 2020 and top eight in the country. The job that he has done to recover this class is unbelievable and it has gotten him a couple more years as the head coach of Arizona. For the first time in years, Miller will have the chance to develop his top six players for the next couple of year without worrying about them leaving after a year.

The job that Miller has done with recruiting shouldn’t go unnoticed and Arizona fans should be thankful for the talent they have seen over the years. Miller has created a culture at Arizona that makes many players in the country want to play for him. Eventually, Miller will be able to get over the hill and make his first final four. This is going to be the group of players to lead Arizona back to a championship.