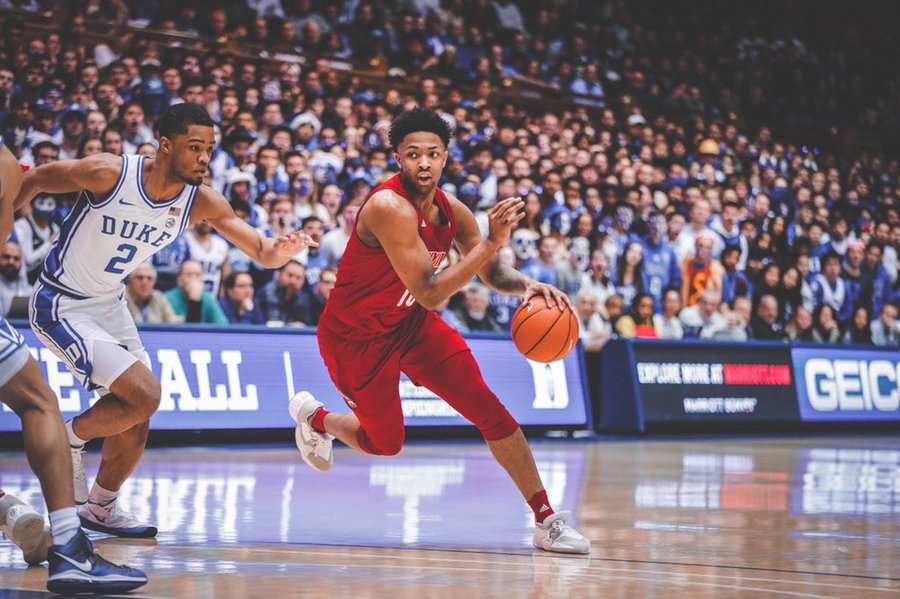 On Saturday night, the Louisville Cardinals traveled to Durham to take on the Duke Blue Devils. This was the game of the week for college and ESPN GameDay traveled to Cameron Indoor for the game.

The Cardinals dominated for the majority of the first half. Although Duke was able to stop Jordan Nwora from scoring a lot, Louisville had someone else step up. David Johnson scores 17 points in the first half for the Cardinals. Johnson was averaging just 3.7 points per game before, but picked a perfect game to sprout.

For the Blue Devils, Cassius Stanley led the team in scoring with 14 points.

With 7:15 left in the first half, tensions began to flare as Stanley and Darius Perry had to be separated after getting tangled up on a rebound.

Duke got off to a good start in the second half. The Blue Devils cut the Cardinals lead to four points in just 1:35.

In the second half, Cassius Stanley continued to lead the Blue Devils in scoring. He scored a career-high 24 points.

Duke was able to tie the game with 6:35 left in the game. But Louisville quickly took the lead after.

Louisville made the rest of their free throws and forced a few turnovers which secured the win for them. The final score was 79-73.

David Johnson led the Cardinals in scoring with a career-high 19 points. Dwayne Sutton followed Johnson with 13 points. Jordan Nwora was never really able to get anything going as he finished with six points.

This was a great victory for the Cardinals on the road. They will return home to take on Georgia Tech on Wednesday. For the Blue Devils, they will host Miami on Tuesday