Is Gonzaga for Real this Season? 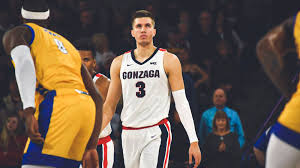 Despite consistently performing well as of late in the NCAA Tournament, Gonzaga has been put on blast by a lot of college basketball critics. The main reason for this is the conference that they play in: the West Coast Conference (WCC). The WCC, as compared to the rest of college basketball’s powerhouse conferences, is very weak. One can make a strong argument that the majority of the Big Ten or ACC can defeat the vast majority of these teams in the WCC. The main contenders this year against Gonzaga are Saint Mary’s and BYU, both who have played tremendously well over the course of the season. But is Gonzaga for real this season? Let’s take a look.

Why Gonzaga Should be Respected:

Filip Petrusev is playing like the college basketball community never expected him too. After everyone though Killian Tillie was the guy to watch and the main focal point of the team, Petrusev comes out and surprises everyone like this. Granted, Tillie does deal with injury problems time and time again throughout his whole career, but having Petrusev step up into this new role he has fit into is looking great for the 16-1 Bulldogs. Averaging 16.6 PPG and 8.1 RPG, Petrusev should look to keep this performance up if they can close out the season strong.

The WCC isn’t the best… but it isn’t the worst. Although it happens to be that a powerhouse like Gonzaga is stuck in this conference, having BYU, Saint Mary’s, Santa Clara, and Portland on the rise will allow for some competitive play. As they improve along the season, if Gonzaga can pick up some quality wins over these teams, it will only bolster their resume for the rest of the season.

Why Gonzaga Should Not be Respected (as much as they are now):

Since the Bulldogs do play in a weaker conference, it is perceived by the college basketball community that it is easier to get into the tournament. The community cannot ignore these facts and simply put aside the fact that Gonzaga, who is easily a top-10 team of the decade, has been allowed to dominate their conference for years and years in the past. So the question to be asked is: Even in a weaker conference, can the Bulldogs still compete effectively against other teams in much better conferences? I believe the answer to that will only be found out in the March Madness Tournament.

This Gonzaga team is not as strong as we have seen the Bulldogs in the past. With the departures of Rui Hachimura, Brandon Clarke, Josh Perkins, and Zach Norvell, the Bulldogs have seen a significant change to their team. There is no knowing if these new players that have to fill in the big roles of the previous players will be able to effectively score as they have done in the past.

To conclude, I believe this Gonzaga team has a lot to prove. if they can play their conference matches effectively and win by a large margin I believe they have the best chance at getting the number one seed in the tournament when it comes to March, Looking forward, the 16-1 Bulldogs play Santa Clara on January 16th and BYU on January 18th.