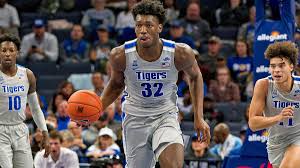 The game seemed to start very strongly for Tennessee as they jumped out to an aggressive 17-5 lead. That lead was shortly cut off by the Tigers as they worked back to take the lead at halftime 25-24. For the first ten minutes of the second half, the Tigers and Volunteers went at each other, causing many lead changes until the 12 minute mark of the second half. At this point, Memphis held a solid lead of 7 points until the 6 minute mark of the second half, where, as predicted, the lead switched again. This was a close game until two minutes left in the game, where Tennessee could not buy a bucket to save their lives. It was a rough showing for both teams, but Memphis came out with the win anyways.

Look to see Memphis keep their AP Poll rank or rise one or two spots while Tennessee will most certainly be punished for their rough performance today.