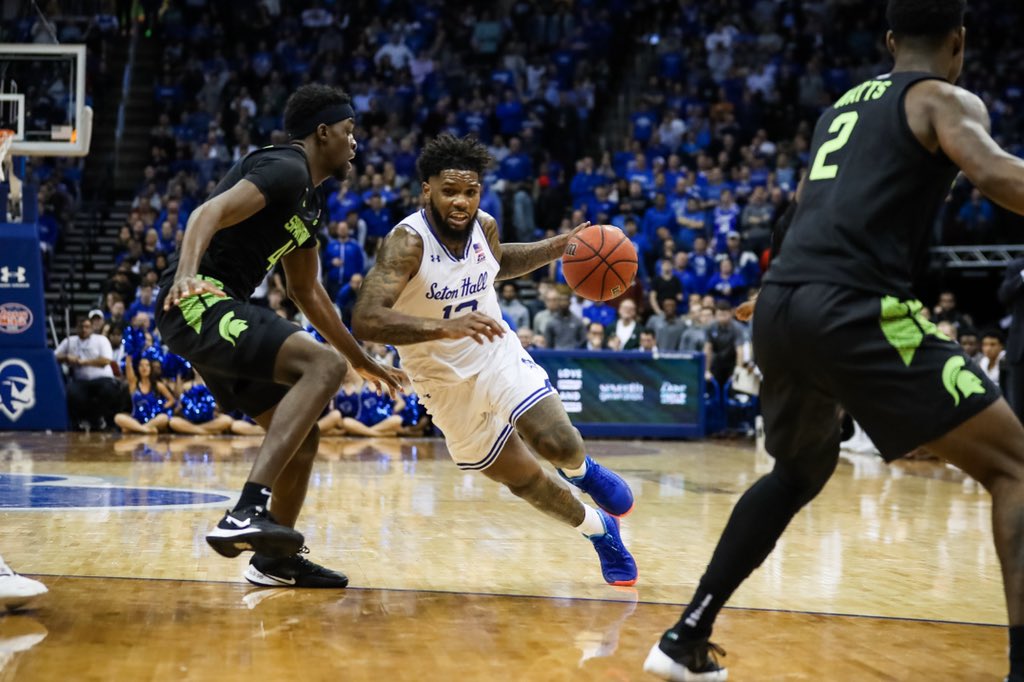 14,051 fans, third-largest at the Prudential Center, came out to see if Seton Hall was the real deal. Despite the fact that Myles Powell was a game-time decision the Pirates fans came in waves and made sure that Michigan State would not leave New Jersey without knowing who Seton Hall was.

Back and forth in a physical hard-fought battle both Seton Hall and Michigan State showed why each team has received such high regard in the preseason. Myles Powell and Cassius Winston, both preseason AP All-Americans, would show just how much each deserves the accolades.

Punch after punch was thrown by both the Spartans and the Pirates. Taking a step back after being hit each would respond with fury. Down by five with 2:43 to play in the games the Spartans looked to be in trouble, but the offense sparked a 6-0 run that put the Spartans ahead 72-71 with 1:07 to play. While without a field goal since the 2:43 mark the Pirates still had a win insight. A Malik Hill layup with 0:24 remaining and two stops by the Spartans on potential go-ahead layups was enough for the Spartans to claim hold of the best win of the season thus far 76-73.

While the Spartans may be leaving New Jersey with a win, it is Seton Hall and Myles Powell who showed the world that they mean business this season.

Myles Powell was a game-time decision after he was injured in a win over Stony Brook. The Pirates star performed exceptional on his bum ankle and finished the game with 37 points while basically being unstoppable in the second half. The Pirates have enough depth to put them in talks of a potential Final Four and tonight proved it with a performance that Myles Powell gave. Powell may have been the highlight for the Pirates but it is hard to overlook the big man inside. Romaro Gill came in off the bench and locked down the Spartans finishing the night with five blocks and eight rebounds. Gill controlled the inside while he made the Spartans look uncomfortable around the basket. With Gill and Powell, the Pirates have a dynamic duo moving forward, the only question will be, do they have what it takes if Myles Powell isn’t lights out from the field?

Michigan State needed a surprise performance from freshman Malik Hall in order to leave Jersey with a win. Hall finished the game with a career-high 17 points after shooting a perfect 7-7 from the field while knocking in all three, three-point attempts he took. To put it in perspective in their first two games of the season Hall had yet to make it in the scorebook. Hall scored all 17 points in the second half and made the go-ahead layup with 0:28 remaining to put the Spartans up for good. Cassius Winston struggled in the first half with four turnovers in only about ten minutes of play but the preseason favorite player of the year wasn’t going to let that deny him a stellar performance. Winston settled down in the second half and finished the game with 21.

Seton Hall and Michigan State played a Final Fout caliber game in November and both teams will be better for it. The only hope is that we get this rematch again. A Final Four game would be perfect.