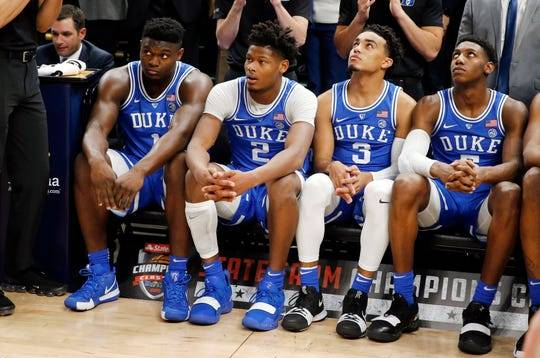 One of the most talented college basketball teams against a tanking professional team. Who wins?

Duke had the top three recruits coming into the 2018-2019 college basketball campaign. RJ Barrett, Zion Williamson, Cam Reddish; as well as #3 national ranked point guard, Tre Jones. Those star recruits ran the 1 through 4 while upperclassmen Marques Bolden and Javin DeLaurier switched off at the 5.

Blue Devils win this debate… easily. Mike Krzyzewski has been in the debate for being the Greatest College Basketball Coach of All-Time. Mike Fizdale, he’s a good coach and all, but there is no chance he could live up to what Coach K has done.

Based on raw talent, regardless of longevity, Duke has the advantage. Zion Williamson has been the biggest name to enter the NBA Draft since LeBron James in 2003. RJ Barrett put Canadian basketball back on the map and Cam Reddish was a sharpshooter from distance who used his height to attack the rim as well. Tre Jones and Trey Burke would be a phenomenal matchup and Enes Kanter would get the better against both Marques Bolden and Javin DeLaurier.

One keyword I used in the previous paragraph was longevity. Duke’s starting five consisted of four freshmen and one upperclassman. We learned that regardless of talent, leadership and upperclassmen are important to a teams success after Duke lost to Gonzaga, North Carolina, and Michigan State; to name a few.

Based on the fact of longevity and maturity, regardless of the talent on the court and the leader in the locker room, the New York Knicks would win this game.