The Year of the Spartans? 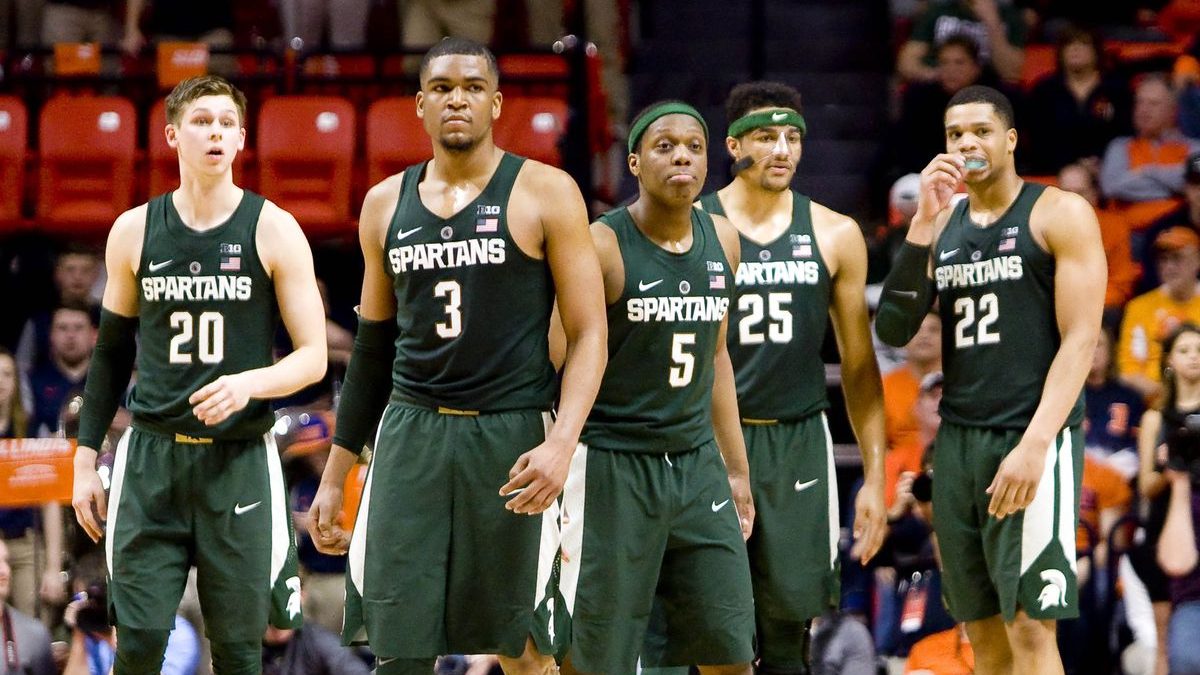 The answer is simple: consistency and improvisation. With a Michigan State culture of loyalty and a grind-it-out mentality, Izzo sets himself and his team up for success almost every year.

His consistency is clearly seen throughout his tenure as head coach of the Michigan State Spartans. During the regular season, Izzo has had over 25 wins in every season 14 times out of 24 years as head coach and has entered the NCAA tournament 22 out of those 24 years. His true success is clearly shown in his Sweet Sixteen appearance rate and his Final Four appearance rate: 14 out of 22 years of NCAA appearances and 8 out of 22 years respectively. This sets up his strong reputation and proves himself as a worthy candidate for this year’s Naismith College Coach of the Year Award.

But will all of this even matter if Izzo can’t lead his team to another consistent season and postseason appearance? The key lies in how Izzo will manage the lineup this year. Last year, his lineup was riddled with injuries left and right with Joshua Langford and Kyle Ahrens out as well as starting PF/C Nick Ward, who was a key contributor in the years he has played. He was forced to put a heavy workload on certain starters which gave them an opportunity to develop and nurture into this year’s season, which only bodes well for the future of the Spartans. Even with all the injuries and obstacles that burdened Tom Izzo, he still managed to take down #1 seeded Duke, forcing 17 turnovers off of the Blue Devils and stopping one of the greatest perceived teams to ever play college basketball with a generational talent in Zion Williamson.

This year, can prove itself to be something different as Izzo has a high-caliber team with many key pieces returning to the team. Cassius Winston, easily the team’s mental and emotional leader of the team, returns as a senior averaging 18.8 points and 7.5 points and was named to the NCAA All-American Second Team due to his presence defensively and mentally on the court for the Spartans. Joshua Langford, coming back from injury, can certainly change the team dynamic and improve the Spartans’ scoring efficiency and wing defense as he averaged 15 points, 3.6 rebounds, and 2.3 assists. Aaron Henry, a sophomore who saw key playing time last year due to Langford’s injury, is one of the players that has developed and looks to make a significant impact this season with his gritty defense and aggressive rebounding. Running the PF position will most likely be Xavier Tillman, a junior who, after entering the starting lineup, began to average a solid 13.3 points and 8.2 rebounds and has the unique ability to defend speedy guards and forwards. Lastly, Nick Ward will most likely play center for the Spartans and if he can overcome his recent hand injury, the team can benefit greatly from his versatile skill set inside the paint.

With this incredibly talented lineup and deep bench with Kyle Ahrens and incoming freshman “Rocket” Watts, this team clearly is in strong place to win the title this season. Although there are many teams with a lot of talent and a multitude of skill-sets, the NCAA tournament is where anything can happen and having a team experienced with tournament experience sets up the Spartans for eventual success.