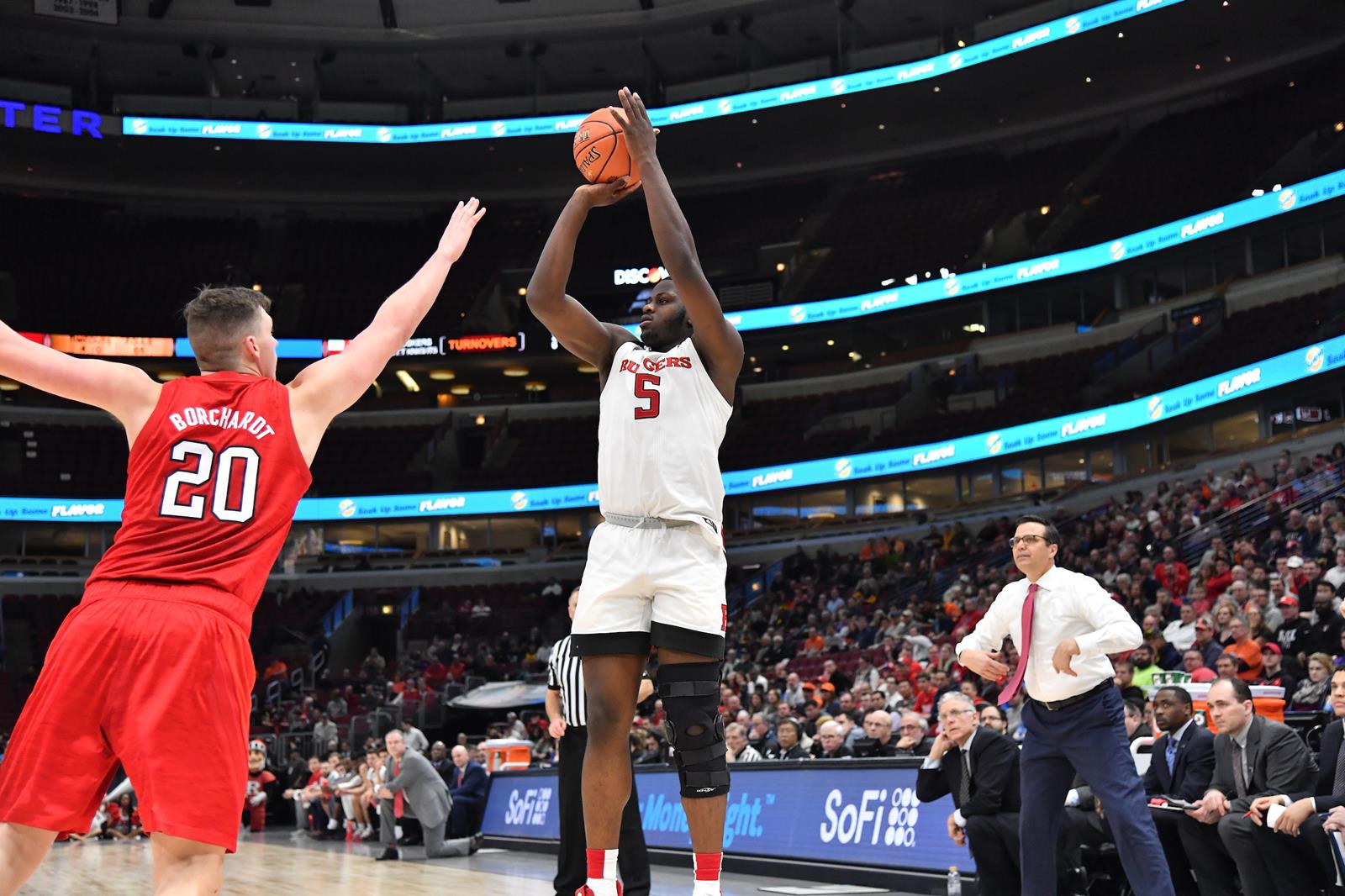 Just last night, Rutgers transfer Eugene Omoruyi announced via his Instagram page, that he would be taking his talents to the west coast, to play for Dana Altman and the Oregon Ducks.

While this is obviously great news for Oregon, it could point in another direction as well – the fate of Shakur Juiston’s transfer decision.

Let’s not overlook Omoruyi’s impact however.  While he’ll most likely have to sit out this upcoming season, unless he is granted a waiver to play by the NCAA, Omoruyi is an extremely talented post player.  A bit undersized height wise at 6-7, he does weigh in at nearly 240 pounds, and averaged close to 14 PPG last season, as well as over 7 RPG with the Scarlet Knights.  With Oregon losing many players to graduation and the NBA Draft, it would be extremely helpful if he were allowed to play this season, but will still be huge next year as well.

Taking it a step further though, we look at the looming transfer decision of Shakur Juiston from UNLV.  Jon Rothstein of CBS Sports had previously reported that Juiston – also a 6-7 hefty post player – had visited Oregon and Grand Canyon.  Adam Zagoria of the NY Times had added that Seton Hall is still in the mix.

The big key here is what Oregon is thinking.  It is quite possible that they may have an inclination that Juiston is leaning towards the Pirates or GCU, and Omoruyi is the replacement for that potential strike out.  However, it could also mean that if Omoruyi does have to sit out a year, Juiston would be a graduate transfer, and would be eligible to play this season.  By inserting Juiston into the lineup this year, it would easily help out the Ducks in the pursuit of yet another NCAA Tournament appearance.  Furthermore, it would help the coaching staff understand what role to put Omoruyi in the following year, as the two players have virtually the same type of game – undersized post players who can still dominate down low thanks to their size, and occasionally hit the long ball.

From everything that I’ve heard, Juiston will most likely pick the Pirates.  A native of Newark, New Jersey, he would step in the shoes of the lone departure from South Orange a year ago – Michael Nzei.  Furthermore, the Pirates are projected a top 15 in most major outlets in too early polls.  Adding a player of Juiston’s caliber off the bench could only help with an already loaded roster, and would allow Kevin Willard to have a pretty good lineup for all 40 minutes of each basketball game.

Only time will tell for Juiston’s decision, which should happen in the very near future.  What we do know for sure is that Omoruyi will undoubedtly help the Ducks, and is a very good pickup by coach Altman.