Where does Texas Tech go from here? 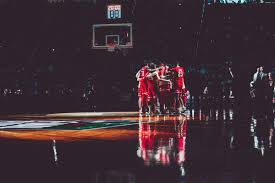 Chris Beard has officially turned Texas Tech into a basketball school. Following his third full season at the helm for the Red Raiders, Beard has pretty much done the unthinkable: back-to back elite eight appearances, and of course the first national championship appearance in school history.

Although the Red Raiders were unable to cap off a tremendously successful season by hoisting the national championship trophy, Beard will certainly have his program back in the thick on things in the Big 12, along with a chance at another deep run in March.

Coming into the 2018-19 season, many thought the Red Raiders would regress. Following the losses of stars Keenan Evans and Zhaire Smith, Chris Beard signed graduate transfer Matt Mooney to replace Evans. Sophomore Jarrett Culver was able to build from a successful freshman campaign and really assert himself on the offensive end. Couple that with a stifling defense that ranked first in efficiency (according to KenPom), it’s no mystery why this team was able to run through the Big 12, ending Kansas’s reign as kings of the Big 12 for the past 14 seasons.

So where do the Red Raiders go from here? Losing Matt Mooney, Tariq Owens, Brandone Francis, Norense Odiase, and likely Jarrett Culver is certainly tough for any program, but there little reason to doubt Beard. He is once again reloading with the second best recruiting class in the Big 12, highlighted by four star guard Jahmius Ramsey.

If 2018-19 was any indication, as long as Beard is on the sidelines for the Red Raiders, the future is bright. We know his 2019-20 squad will bring the intensity.