Florida survives Nevada’s late run, advance to Round of 32 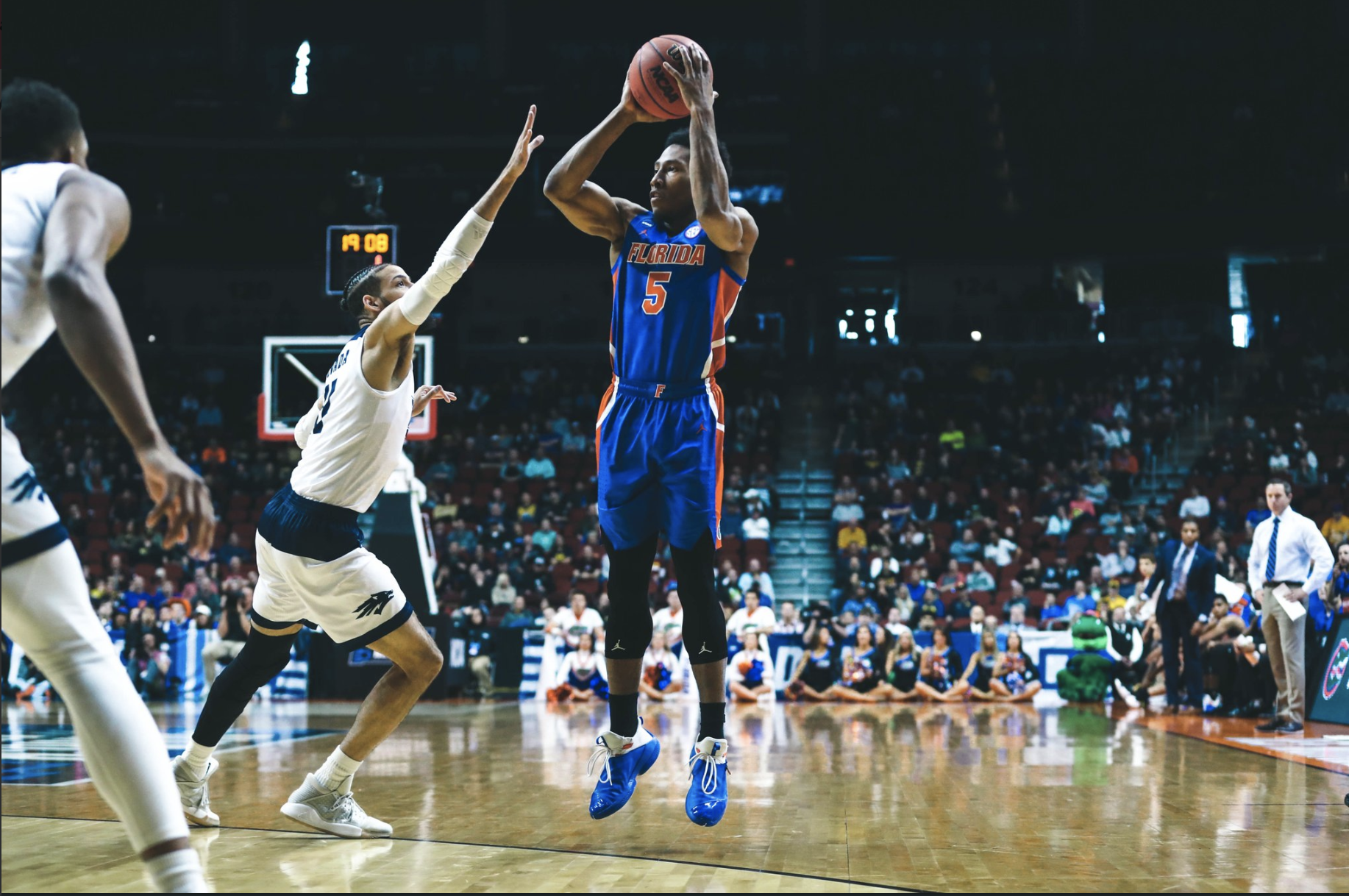 In a classic 7 vs 10 matchup, it was the 10 seed pulling off the upset in this one, with Florida escaping Nevada 70-61. Nevada was not able to emulate their surprise run from last season, and watched their season come to an end in a disappointing performance.

This game was supposed to be an exciting one, and  it didn’t disappoint. The lead went back and forth in the first half, but the lead mostly belonged to Florida. Florida went on a quick 9-0 run in the middle of the first half to take an eight point lead, but Nevada responded quickly with a 9-2 run of its own to cut the lead back down to one. At the half, Florida made a couple late buckets, and led by 9, feeling very confident they can move onto the next round.

They brought their confidence into the second half, with a dominant 14-5 run to take a commanding 18 point lead with 13 minutes to go. At that point, the game seemed over, and Florida seemed destined to win this game. Nevada had something to say, slowly cutting into the lead. With 10 minutes to go, the lead was down to 13, with 7 minutes to go, it was only 7, and with 5 minutes left, it was a one possession game. From there, the two teams went back and forth exchanging points, making the lead go between four and two points. With one minute and thirty seconds left in the game, Nevada had the ball down 4, but Caleb Martin missed a three and Florida made their free throws to secure a win.

Florida had four double digit scorers, led by Kevarrius Hayes who scored 16 for them. Keyontae Johnson had a double double, with 10 points and 10 rebounds.

It was a two man show for Nevada, led by the Martin twins. The two of them combined to score 42 points of the teams 61 points, and added 7 combined steals. They didn’t get enough help from the rest of the team though, and ultimately led to their loss.

Florida will take on the winner of the Michigan/Montana game. This team is very upset minded and could make noise in this tournament.