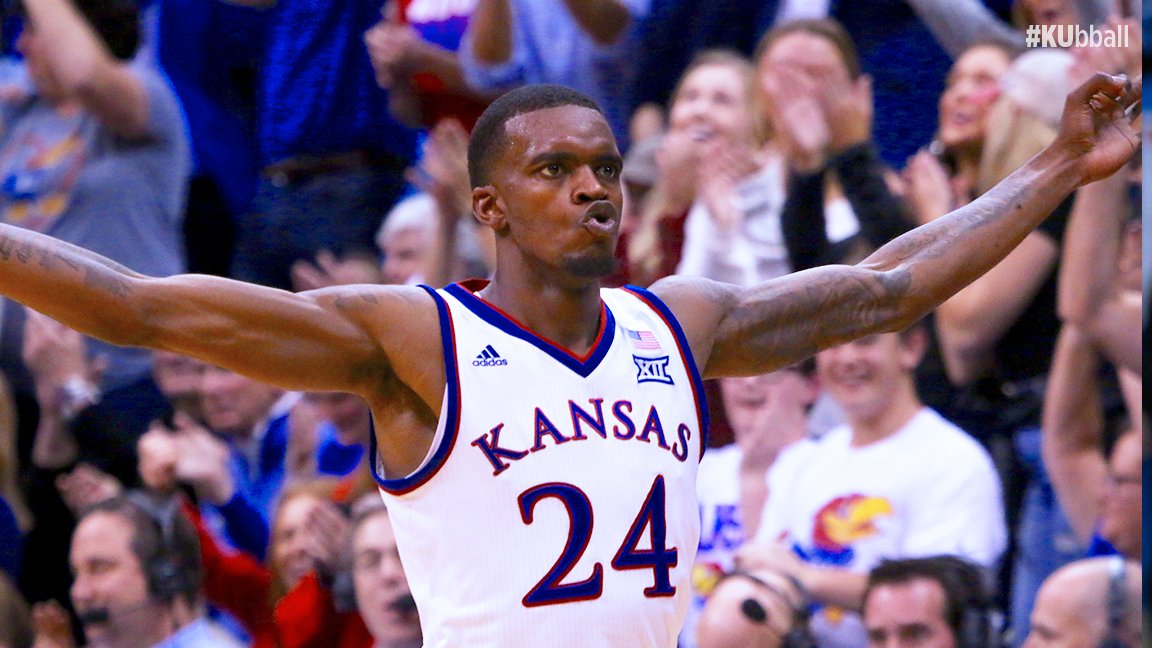 After a tough game against then 5th ranked Tennessee, this was supposed to be a bye game for the Jayhawks.They found out very quickly this wasn’t the case. This game needed 5 more minutes to give us the result, and Kansas proved to be too much and stayed undefeated with a 90-84 victory.

The first few minutes of this game were not too exciting, with easily makeable shots not falling for both sides.  Due to the poor play, KU coach Bill Self used 9 players in the first 7 minutes, hoping someone will spark their offense. At the halfway mark of the first, the score was surprisingly low, with Kansas leading 15-12; Dedric Lawson and Daejon Davis scoring 7 points each for their respective teams.

Lawson and Davis had phenomenal first halfs; trading bucket after bucket, giving their teams a chance in the game. If you took the over in this game, you would not be too happy with the score at half, as the 20 point favorites found themselves down by 6. Dedric Lawson led the way with 13 points and 9 rebounds for the Jayhawks, while no one else scored more than 4. For the Cardinal, Isaac White, who only averages 1.5 PPG, led with 12 points, and Daejon Davis added 10 points and 5 rebounds.

One notable from the first half was the lack of Lagerald Vick, who only scored 2 points on 1-6 shooting. Vick has been their number one option all season, scoring 30 points twice already in a game. Kansas also only had 1 assist the whole half, something not often seen from a top tier team. Lastly, no Kansas didn’t make a single three in the half going 0-6 from deep.

Stanford started the half upset minded, scoring three quick buckets and jumping out to a double digit lead. After that, Kansas went on a quick 11-3 run , sparked by two big Lagerald Vick threes and lockdown defense by Devon Dotson. But Stanford wasn’t going to give this one away, knocking down 3 three pointers and regaining a double digit lead. With only 8 minutes left in the game, Stanford held a 8 point lead.

Kansas did not beat two top ten teams by luck, and they weren’t going to let Stanford win this one easily. The unbelievable energy of the Kansas fans helped fuel an 10-0 run, giving Kansas a 2 point lead with 5:30 to go. Both teams traded buckets the last few minutes; Stanford did a great job making sure Kansas didn’t pull away. A very questionable foul on Dedric Lawson gave Daejon Davis two free throws with 13 seconds left, which he knocked down. An insane three by Lagerald Vick, giving Jayhawk fans flashbacks of Mario Chalmers’ game tying three 10 years ago, with six seconds left tied it up and sent it to overtime.

Overtime was the Lagerald Vick show, taking it upon himself once again to lead this team to a victory. He scored 11 in a row for the Jayhawks, including a poster dunk that sent the crowd wild. It was all Kansas in the overtime period, outscoring Stanford 15-9 and coming away with the victory.

Lagerald Vick was once again the hero for the Jayhawks, scoring 27 points, including 25 in the second half and overtime. Dedric Lawson poured in 24 and added 15 rebounds to his stat line. For the Cardinal, KZ Okpala scored 22 points and added 8 rebounds, and Daejon Davis added 19 and 8.

Stanford Head coach Jerod Haase, a former member of KU , gave a very heartfelt answer when asked about his feelings about returning to Lawrence, talking about how his sons middle name is Lawrence and he always will appreciate KU for his time there.

Dedric Lawson, Lagerald Vick, and Devon Dotson were all smiles after the game, crediting each other for their terrific games, and elaborating on that final play of regulation that sent it into overtime. According to Devon, the play was planned, and they executed it to perfection. Coach Bill Self had something to say about that, saying the play was actually intended for Dedric, but Lagerald took the shot, and “good thing he did”.

Kansas will look to stay undefeated Tuesday against Wofford, and Stanford will get time to recover from that one and play Eastern Washington on the 15th.