Smooth From The South 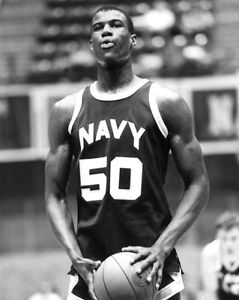 Coaching basketball for many years…. I have always told my players “do the things the right way”. Actually though do you realize that some of the best to ever walk on the court were of the lefthanded persuasion?

Southpaws make up a rare percentage of the population…. about 10 percent. Look closely and you will find that a lot of the world is set up for all those right handed “normal” people in the world.

Did you know that if you are left handed you can get scholarship help for college? It is a true fact. Some of the best to ever play the game of basketball though were people who didnt need to be left handed to get their college money. They were just dang good.

They may be a weird sort of people but if you look closely at some of the best left handed people to play the game…. they were durable and consistent if nothing else. They were also great competitors and warriors.

But back to important things in life…..let us go back to basketball.

In this article, I am going to compile my list of the greatest college basketball players to play the game from the south.. southpaw that is. In no particular order here they are….. but I will have to say…. my top 2 ever will be mentioned last.

Take this roster of lefties and you can do a lot of things right!

Greg Anthony (UNLV) – When you play the Amoeba defense and play point guard on an entire team of future NBA stars… you are the man. Led the Rebels to two consecutive national final fours. Also had a great run with the Knicks of the NBA.

Johnny Dawkins (Duke) – Coach K’s right hand man for a long length of time on the bench. Why? This guy helped turn around Coach K’s fortunes and Duke into a household name. A great point guard and still hated in Chapel Hill.

Stacey Augmon (UNLV) – Say what you will but if lefties are “Rebels” then Tark the Shark knew what he was doing. Augmon was long, lean and could fly with the best. Anthony and Augmon….the best Double A duo since the invention of the battery.

Cuttino Mobley (Rhode Island) – Lefties show up and show out in the strangest places. Take Mobley…. a Ram from of all places… Rhode Island. Led the Rams on a great run in the NCAA Tourney. Led to a great NBA career.

Damon Stoudamire (Arizona) – Had a great breakout run for the Wildcats in the NCAA Tourney but was a heckuva point guard throughout his great career for Lute Olsen. One of the greatest aggressive scoring point guards to ever play the game in the PAC 10 and the college basketball world.

Sam Perkins (UNC) – Sleepy Sam….. you may have thought he was dozing off but that’s when you had to watch out. He was going to dunk on your head. Helped Jordan and Worthy win a national championship and was one of the great pieces of the Lakers version of Showtime in the 80s….. with Worthy as well.

Raef LaFrentz (Kansas) – If lefties were consistent then this Jayhawk was the epitome. He worked tirelessly at his game and is viewed as one of the greatest Jayhawk bigs in history….and that’s some good inside players.

Nick Van Exel (Cincinnati) – When Bob Huggins was at the helm of the Bearcats, Van Exel ran his team like a well oiled machine. He helped lead the Bearcats on a great run in the NCAA Tourney and had a great NBA career to boot.

Jalen Rose (Michigan) – A member of the Fab 5 and was one of the smoothest lefties to wear a Michigan uniform for the Wolverines. Led by coach Steve Fisher, Rose and his fab fresh teammates were responsible for not only changing the game with freshman starting and leading the Wolverines to Final Four appearances but also the dress and the culture of the game. Rose would go on to star for the Indiana Pacers with great success there as well.

Taushaun Prince (Kentucky) – Prince was a king among lefties in college. His smooth scoring ability provided the Wildcats with height, length and a go to scorer who also made a name for himself during the NCAA Tourney. Prince went on to have a great NBA career making a strong name for himself with his then NBA Champion Detroit Pistons teammates and his point guard Chauncey Bill-Bill-Bill-Billups.

Lamar Odum (Rhode Island) – The Rams are where it’s at for lefties….. strong ones at that! Odum, like Mobley, helped lead an underdog Ram team through the NCAA Tourney while making a name for himself and watching his NBA draft stock rise in the process. He would go on to get picked by the Clippers but became well known for helping lead the Lakers to multiple championships during the Shaq and Kobe years.

Chris Mullin (St. John) – Before this guy was the coach of the Red Storm at St. John’s, he was helping to lead the Redmen of St. John’s to NCAA Tourney berths in the legendary Big East Conference of old. What kind of player was Mullin like? He was Larry Bird like…. just left handed. The clean cut, crew cut Carnesecca coached New York native was a 1992 Dream Team player…. and one of his fine teammates for the Golden State Warriors never played college here… but he was a lefty himself. Sarunas Marciulionis from Lithuania anyone? Mullin was the man.

James Harden (Arizona State) – Ok…let’s be real. Who saw this guy coming out of nowhere? And had Harden’s crew of Durant and Westbrook stayed around together and made some trades….might we be looking at the NBA’s Thunder of Oklahoma City as a dynasty right now? Harden may have felt like he was in Durant’s shadow but get this. Harden won MVP for the league this year while his former teammates won league MVP and NBA Finals MVP awards last year. Harden was a strong player for the Sun Devils but he is also the epitome of what happens to you if you never quit working on your game no matter how great of a college player you are.

Ok…. the last two. Now as a coach, I love my guards. Guard play is so important in a game. Ballhandling, scoring, making people around you better….. traits which are very important having a very successful team and season.

There is nothing compared though to a strong center or power forward who can provide strong leadership and consistent and enduring play for multiple seasons while also bringing success. Such is why I have these last two players as the best left handed humans to ever play the game.

David Robinson (Navy) – Top Gun will have a sequel out called Top Gun: Maverick out in July of 2019. If ESPN was smart, they would have a 30 for 30 out about that time called Top Gun: The Admiral. No player in history has best exemplified hard work, leadership, character and success as the Navy man himself…. David Robinson….the ultimate southpaw. For the Midshipmen, he was a first team All American and a conference player of the year in the CAA 3 years in a row……and that’s for a military academy at that.

He went on to be a 1992 Dream Team gold medal winner, a 2 time NBA Champion winning multiple all NBA First Team and Defensive Player of the Year awards in the process. Honestly though….how lucky are Spurs fans? With Robinson and Duncan on the team, the Spurs fans have watched their team have a winning season 28 of the last 29 years with the fewest wins of those winning seasons being 47. That enduring quality of consistency and excellence began in the 1989-90 season with The Admiral in charge. If you dont think that’s a successful southpaw then you definitely aren’t right.

Bill Russell (San Francisco) – The Don himself…. what a college career. How many players can say that because your play is so dominant that the NCAA had to change two rules. Russell is well known for being a 5 time NBA MVP and helping the Boston Celtics win 11….. count them….11 NBA Championships… but did you know that after his junior year his play was so dominant the NCAA had to….. HAD TO widen the lane to expand the 3 second call and institute the basket interference rule? As told by Russell himself, ” My junior year in college, I had what I thought was the one of the best college seasons ever. We won 28 out of 29 games. We won the National Championship. I was the [Most Valuable Player] at the Final Four. I was first team All American. I averaged over 20 points and over 20 rebounds, and I was the only guy in college blocking shots. ”

While being an African American in the 1950s was not an easy task, Russell was an epitome of class.

Bill Rusell averaged….. get this….averaged 20 points and 20 rebounds a game. He was quoted by John Wooden as being “the absolute best defensive player I have ever seen.”

While left handed people may be a rare genetic percentage of the population, there have been many who have came through as models of endurance and a consistent competitive drive of success in life.

As a left handed human of the male species, I consider myself a very proud part of this rare breed of the American population.

If you were to see us out somewhere doing our southpaw thing, just remember that there is a quote in the Bible where it says that Jesus sits on the right hand of God. Do you know why?

Because God is shooting hoops with his left.