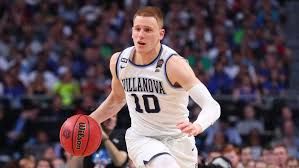 With about a month left until the NBA draft, prospects are starting to prove themselves and are jumping up or down on the mock drafts. Here are 5 players that may slip in this draft, but can be a force in the league.

Everyone knows him as the guy who won MVP in the national championship by scoring up 30 points, but he has shown that he is more than a one hit wonder. In workouts so far, he has impressed scouts with his in game ability against similar or better talent, and more and more teams are starting to look at him. He may slip to 25-30, but he is a player who could help a team right away.

Love him or hate him, Grayson Allen is a very talented player. He eclipsed a 40 inch vertical and had one of the fastest shuttle times, and he is already a leader on the court. He has played alongside current NBA players like Jayson Tatum and Brandon Ingram as well as two future lottery picks in Marvin Bagley III and Wendell Carter Jr. Having the 4 year experience will allow him to be more mature than fellow one and dones in the draft and while his ceiling might not be as high, he can be an immediate impact to a team. Expect him to go very late first round or very early second round.

Robinson is one of, if not the biggest question mark of this draft. He did not play this year, and refused to participate in the combine, leaving many teams concerned about whether or not they want to draft the big man. However, you can’t teach size, and the 7’1 center can be a staple on defense with an incredible wingspan and a solid rebounder. He may not be ready right away, but with the right development coach he could be a starting center for any franchise in the near future. Robinson can be taken late lottery or late first round, it is too complex to tell.

Another player who improved their draft stock in the tournament, Wagner can become a Matt Bonner/ Ryan Anderson type player on any team. Standing at 6’11, he has talented footwork to get inside and score, but can always shoot from deep, making him a multi dimensional player. He is an average defender, but showed during the tournament that he can block a few shots. Whether a playoff team or a rebuilding team want to take him, he can be a part of their future either way. Expect him to be taken late first or early second.

Adam Silver is probably praying he doesn’t get drafted at all so he doesn’t have to try to pronounce this name correctly, but Svi is too good of a player for that not to happen. As a three point marksman, Mykhailiuk was a key part of Kansas’ final four run this year and an important player the past 4 years with the team. He has also become a leader on and off the court, and knows how to take motivate his teammates when they are trailing. Teams love players who come into the league with Svi’s mentality, and his offensive ability can be huge for teams in need of a bucket late in a game. Expect him to slip to early second round, but don’t be surprised if he’s one of the top rookies next season.