The Elite Draft Prospect No One Is Talking About 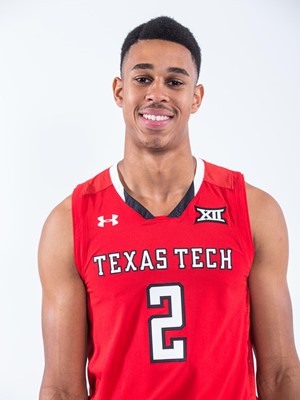 When someone asks about notable players in the draft, everyone’s minds go straight to Deandre Ayton, Luka Doncic, Marvin Bagley III, and Trae Young. All these players will be terrific in the NBA, but what if I told you there was someone more athletic than those 4 names, and a ceiling like we’ve never seen before? Introducing Zhaire Smith, a 6’6 18 year old out of Texas Tech.

Just to understand how athletic Smith is, he reportedly has a 45′ inch vertical, only one inch less than 2 time dunk champ Zach Lavine. Just look at the picture above if you don’t believe me. He has also proven he can use this talent, showing off at times in games with put back dunks, tough rebounds over big men, and even an threw down an improbable 360 alley oop to save a possession. Zhaire Smith is a freak athlete that only comes once every few years, and when he learns to use that at an NBA level, he could be a serious problem.

Next, his stats proved that he might might be readier than we think. He scored 11.3 PPG, and shot 55.6% from the field, very good for a guard. He also grabbed 5 rebounds a game, which is very impressive for a 6’6 guard in a tough Big 12 conference. The only visible weakness to his game is his shot; he only took 40 three pointers the whole season, but he did make 45% of them, which shows that it is something he can develop and add to his already impressive game. He is an underrated defender, averaging a steal and a block per game, and had a 23 PER (Player Efficiency Rating), which is very impressive for a freshman. He has all the tools to become a star, and this season proved that.

Right now, NBAdraft.net has him going 17th to the Bucks, and ESPN also doesn’t have him in the lottery. I believe that after the combine, he can shoot up into the lottery and possibly the top 10, but if he is still available mid first round or later, a playoff team might get a huge steal. Make sure to keep an eye out for this name throughout the Combine, NBA draft, Summer League, and next season.