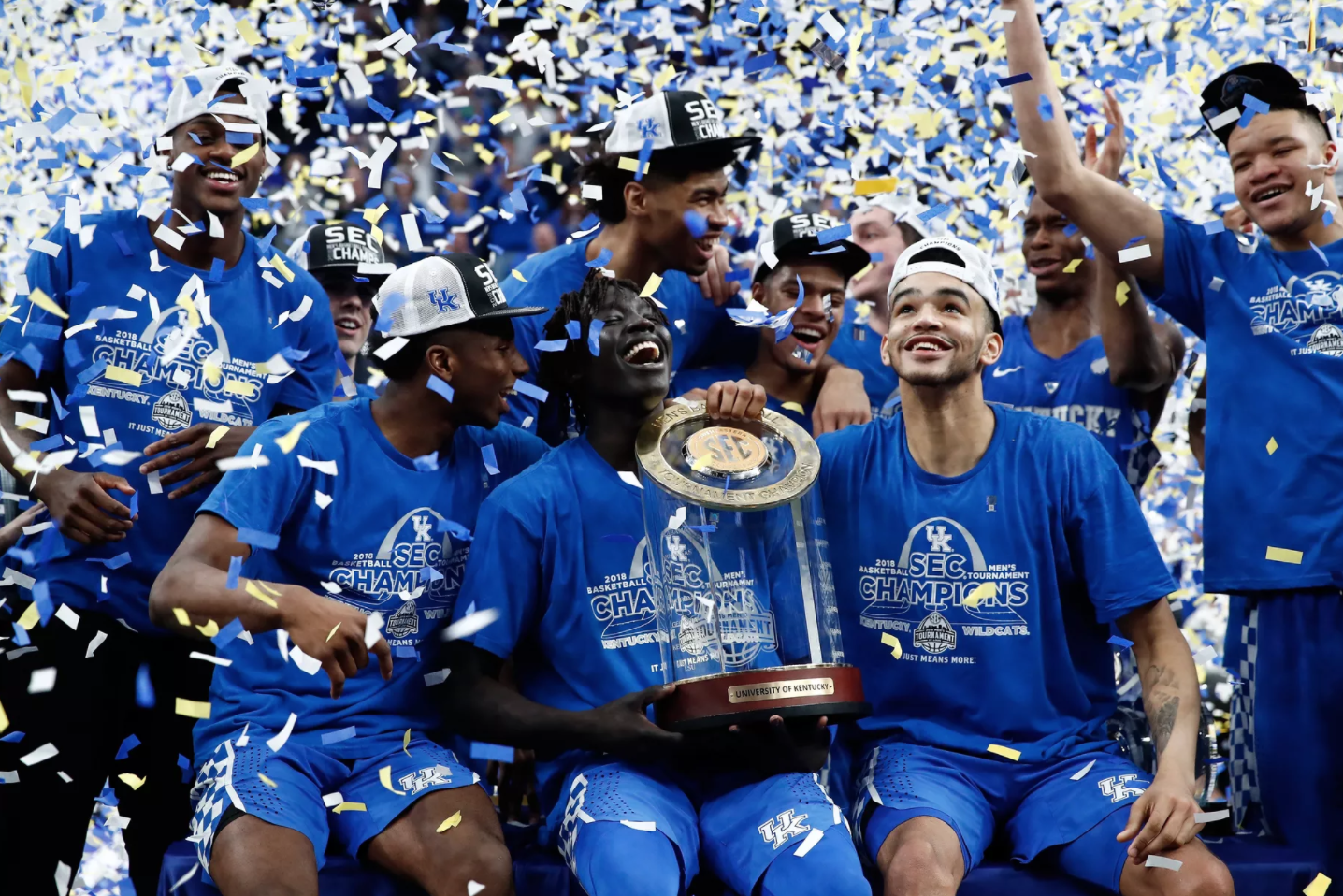 An SEC tournament championship game between the Kentucky Wildcats and the Tennessee Volunteers is not what anyone expected at the beginning of the season. A couple months later, they faced off to be crowned champs.

A game high 29 points from Shai Gilgeous-Alexander helped raise the Wildcats over state neighbor Tennessee to earn the Cats their 4th straight SEC title. Kentucky was 50% from the field and most importantly, 44% from downtown.

After the first half, people saw an aggressive, competitive team coached by John Calipari and a Tennessee team that lost their step from the end of the season. Kentucky led 36-31 at half, after a strong run from the Volunteers that brought them back to single digits after being down 17. During the second half, the Vols came out strong and got their first lead back since the beginning of the game (2-0). As we all know, Coach Cal doesn’t enjoy losing. He made sure that his team, the youngest in all of Division 1 basketball, closed out the game. With 1:26 left in the second half, the Vols came back within one, 68-67. The Wildcats wouldn’t step off the gas and won the game 77-72.

Congratulations to the 2017-18 SEC Tournament Champions, the Kentucky Wildcats!