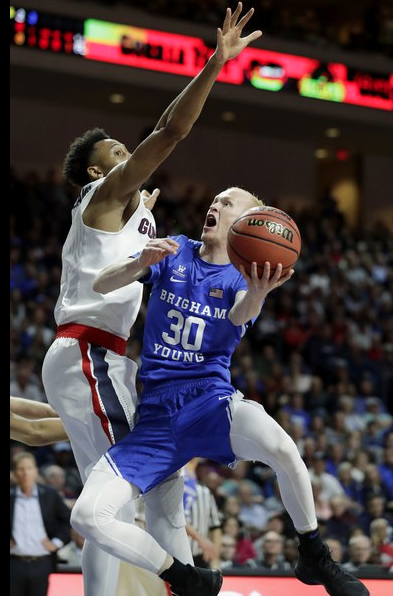 The Zags are dancing once again. They proved to be too much for the BYU Cougars, defeating them 74-54. For Gonzaga, this is the start of hopefully another deep tournament run, while BYU has most likely reached the end of the road.

This year was filled with tons of questions for Gonzaga, including how would they perform without three of their best players from last season, Nigel Williams- Goss, Zach Collins, and Przemek Karnowski. They proved the doubters wrong, finished 30-4 overall and 17-1 in conference play, two impressive records.

The game started off back and forth, with both teams trading baskets each time they were on offense. Halfway through the first Gonzaga only led by 4, and were tied with 2:59 left in the half. They started to pull away late in the first half, going on a 9-2 run in the last 2:35 to take a 9 point lead heading into the second half.

The Zags started off the second half on a huge 11-0 run, extending their lead to 20. From there, they never looked back. The Cougars never came closer than 12 points down in the second half, as Killian Tillie of the Zags controlled the game. Gonzaga outscored BYU by 11 in the second half to clinch another WCC title and increase their March Madness resume in hopes of a higher seeding.

Killian Tillie led the way for the Zags, finishing with 22 points and knocking down 3 threes in the game. Three other Gonzaga players finished in double figures, including Johnathan Williams, who also contributed 13 rebounds, 2 steals, and 2 blocks.

Yoeli Childs led the way for the Cougars, scoring a team high 20 points and having a strong presence on the defensive end, adding three blocks to his stat line. BYU only finished with 7 total assists, a stat that clearly was a partial reason for their struggles against the Zags.