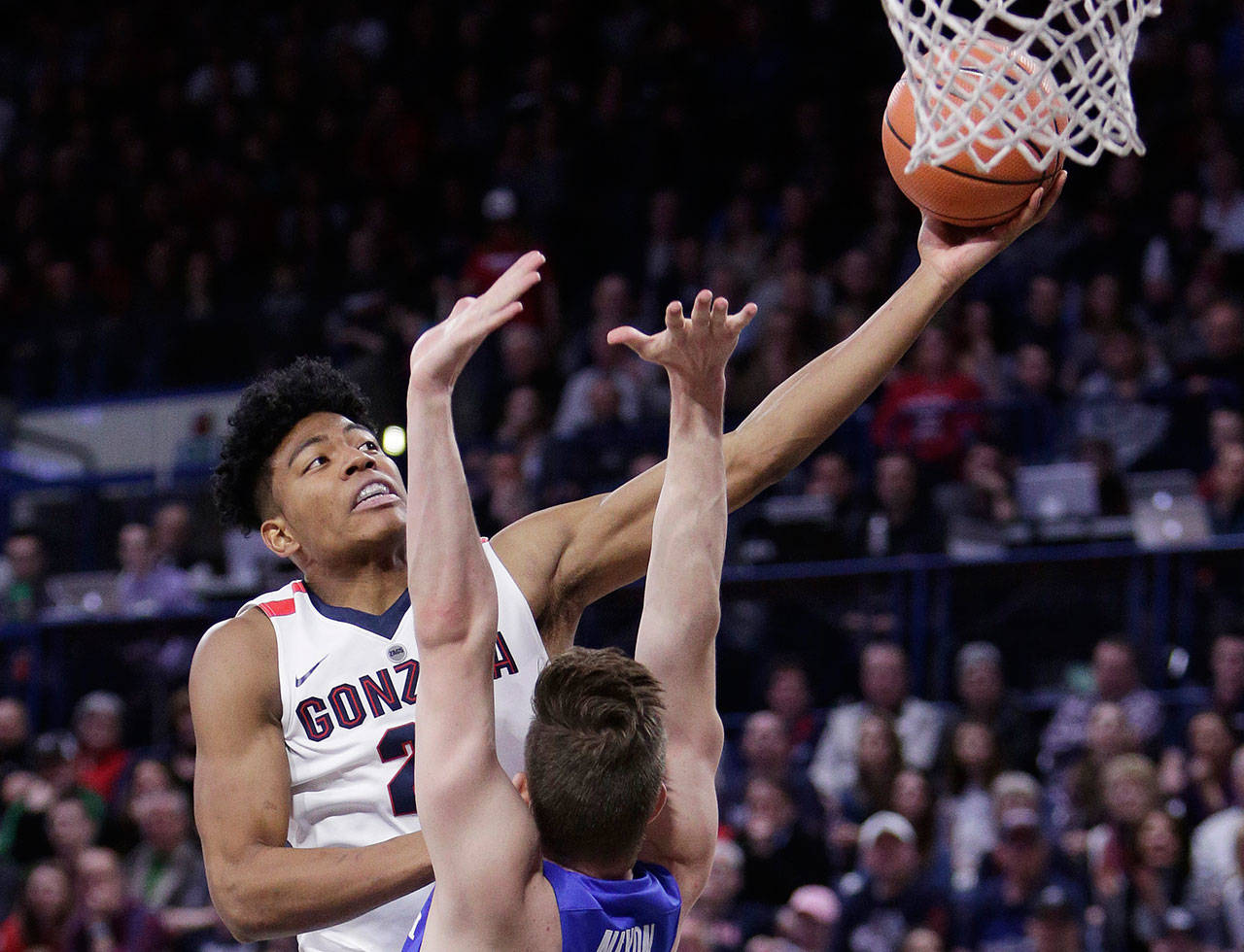 Thanks to sophomore Killian Tillie and senior Johnathan Williams the Zags were able to gain an early lead over the Cougars. The Zags kept this lead through halftime having a ten point lead, 36-26, going into the second half.

Starting the second half with a 13-5 run the Cougars showed they weren’t out of the game yet. The cougars tied the game at 43 with 13:18 left to play. Gonzaga rallied and managed a 12-4 run to put them back on top, but with just under three minutes left BYU tied the game yet again at 59.

A 15-point contribution from Rui Hachimura off the bench for Gonzaga as well as 14 and 13 points from Josh Perkins and Jonathan Williams respectively was just too much for the Cougars.

TJ Haws tried his best to keep BYU in the game, scoring 22 points with 15 coming in the second half but it wasn’t enough. The Zags went on a 9-1 run in the final minutes and with two turn overs from Haws himself the Cougars couldn’t muster a win.