St. Mary’s strong second half leads to a crucial victory over Gonzaga 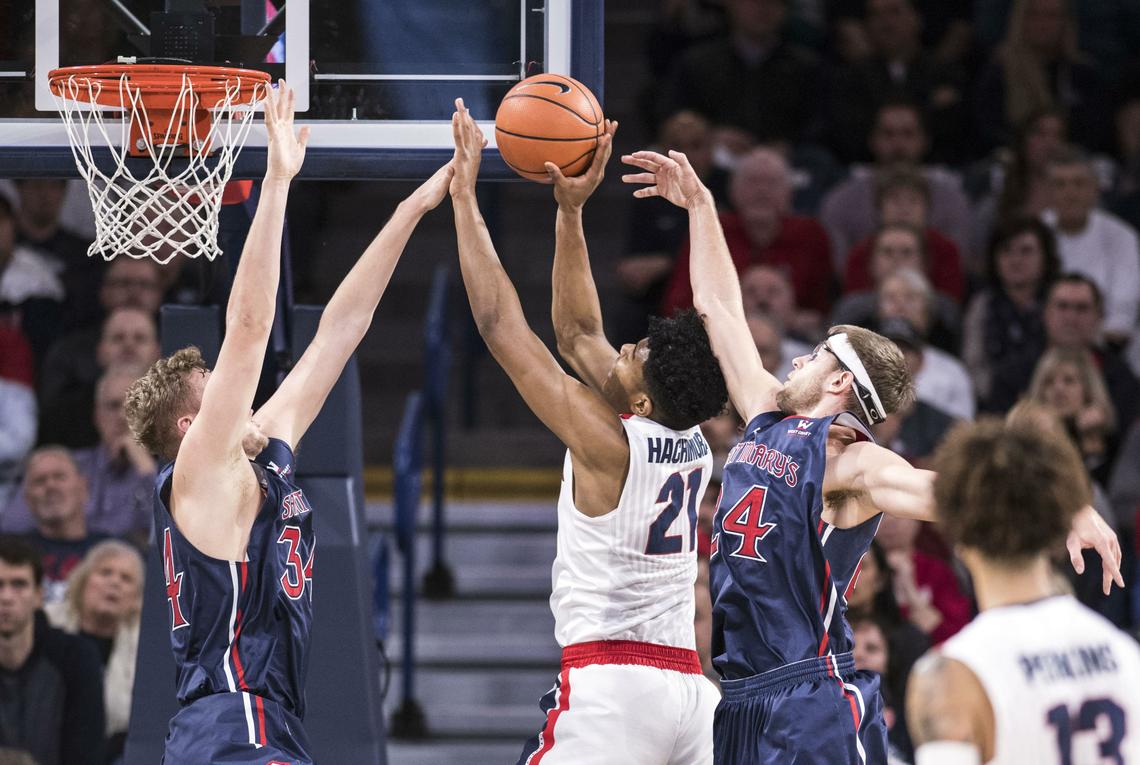 The two powerhouses of the West Coast Conference faced off in a highly touted matchup between two teams who at the time were undefeated in conference play. After a back and forth battle, it was the St. Mary Gaels who came out on top 74-71.

The game was back and forth throughout with neither team gaining larger than a five point lead at any time in the first half. Both teams were impressive from the field in the half, shooting over 50%. Due to a big half from Gonzaga forward Rui Hachimura, the Zags were able to take a 4 point lead at halftime.

The Zags came out strong to start the second half, knocking down three pointers and taking a nine point lead with 15:41 left in the game, and a seven point lead with just 8:58 left. From this point on, it was the Calvin Hermanson and Jock Landale show. The two St. Mary stars combined to score 15 of the final 18 points for the Gaels and turned the game around for the Gaels. This combo proved to be too much for the Zags, as they struggled to score when it mattered, only scoring three points in the last four minutes, ultimately costing them the game.

Jock Landale was the star of the game, finishing with 26 points, 12 rebounds, and 2 blocks on the day. Hachimura led the way for the Zags, putting up 23 off the bench to go along with two rejections.

Gonzaga will look to bounce back from this loss against Saint Clara on Saturday, while Saint Mary attempts to increase their win streak to 14 games and remain undefeated in conference play against Pacific.