What to Expect from the ACC 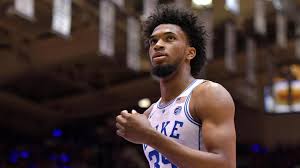 If there’s anything that we’ve noticed from College Basketball this year, it’s that everything is wide open.  Although we haven’t had a clear-cut dominant program since the UCLA days, it is clear that this year is special.  From Villanova to Arizona, there are a solid 17 teams who could realistically make a Final Four run, with countless others who can string together a few wins come March.  However, one thing can does seem to stay constant is the conference at the top of the NCAA – the ACC.

Now, to be fair, the ACC does have some advantages.  After all, it houses a total of 15 teams.  However, the A-10, C-USA, and SEC each have 14 teams, while the MEAC and Southland both contain 13 teams, and not many people are making the argument for any of these conferences as top dog.  So yes, the ACC is a special conference.  At the start of conference play, 12 of the 15 teams have realistic shots at being included in the big bracket in March.  So without further ado, let’s take a look at these teams a bit closer.

Duke – The lone loss for the Blue Devils came to a very improved Boston College team in Chestnut Hill.  Duke has been as good as anyone in the country, due to extreme talent and coaching.  They’re still the favorite.

Miami – The Canes were supposed to be good this year, but no one knew how good.  Now we get to see Huell, Brown, and Newton in action, and things are clicking.

Virginia – Virginia is in the same boat as Miami, a team that has exceeded expectations, but clearly is this good.  Kyle Guy is having an All-ACC season, and a deep Virginia roster has the Cavaliers playing well.

UNC – The Tar Heels lost a lot after their championship last season.  However, they should have enough to be a contender again this year.  Luke Maye and Joel Berry may need some help, so once one of the young guys steps up, UNC will be feared.

Notre Dame – The Fighting Irish have had an interesting season to say the least.  After a solid 6-0 start with wins over LSU and Wichita State, Notre Dame saw themselves at number 5 in the nation.  Then they lost 3 out of the next 5, including an 18 point loss to Michigan State, and upsets from Ball State and Indiana.  However, with Colson and Farrell, the Irish just have too much scoring to not be a contender.

BC – The Eagles have improved a boatload since last year’s terrible season.  Ky Bowman and Jerome Robinson may just be one of the best duos in the ACC.

Clemson – Clemson scores 79 PPG and shoots a staggering 50% from the field as a team, so there’s no wonder the Tigers are 11-1.  10 wins in the ACC and they should see themselves on Selection Sunday.

FSU – After losing their best player to the draft, it seemed like a potential down year for the Noles.  Not so fast.  If Terrance Mann can get some help, Florida State will be a team no one will want to face in March.

Cuse – Like FSU, the Orange lost almost everybody from last year.  However, the guard play of Tyus Battle and Frank Howard has kept the Orange relevant.  If Oshae Brissett can keep up his play, the Orange may find themselves in the Top 25 very shortly.

VTech – Justin Bibbs and Ahmed Hill are two reasons why the Hokies score an unbelievable 91 PPG.  If they can average 80 PPG in conference play, Virginia Tech won’t have many losses.

Louisville – Louisville has had a rough year having losing Rick Pitino along with recruits.  However, they have played well under those circumstances, thanks to players like Ray Spalding and Anas Mahmoud in the frontcourt.

NCST – The Wolfpack will need to play very well in the stacked ACC to make the big dance.  Torin Dorn and Allerick Freeman may be enough, but only time will tell.